"Phiz" gets a Blue Plaque 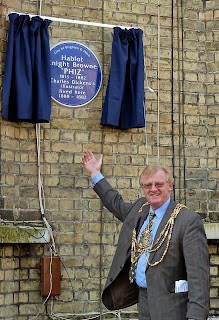 This had been preceded by an opening address from Cr. Averil Older, Chair of the Commemorative Plaque Panel and followed by an account of Hablot's life and career from a local member of the Dickens Society, Andrew Carslake. Mr Carslake revealed, among many other fascinating facts, that Hablot was the son of his elder sister Kate with  Captain Nicholas Hablot of Napoleon's Imperial Guard. Hablot Knight Browne is buried in a handsome grave in Brighton's Extra-Mural Cemetery. 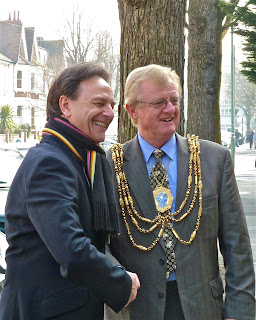 The ceremony was also attended by members of the City's Plaque Panel and the well-known actor Brian Capron who kindly hosted a coffee reception at his nearby home. 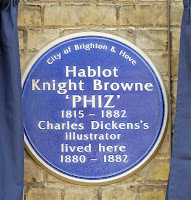