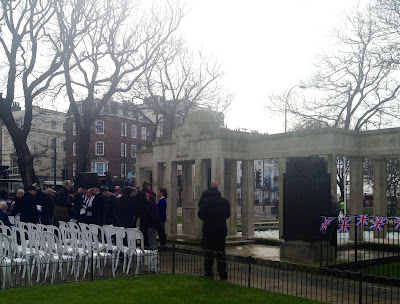 On 30 November at 12 noon, the museum's curator of local history & archeology, Dan Robertson, will give a 45 minute talk about the Old Steine war memorial. It was built in 1922 to the design of Sir John William Simpson KBE FRIBA, the eldest son of Brighton architect Thomas Simpson. Sir John is better known locally as the designer of Roedean School, 1898, which imposingly adorns our cliff tops.

As shown in the initial proposals one wonders if enough thought has been put into maximising  green space. There is certainly no point in putting grass in areas likely to be much trodden or in isolated areas which would increase the maintenance costs, but in areas such as that shown above the existing grassed area could simply be extended outwards at lower cost than for paving and the cost of the extra mowing needed would be minor.

Grass is easier on the eye, better for the environment and reduces run-off to the sewers. 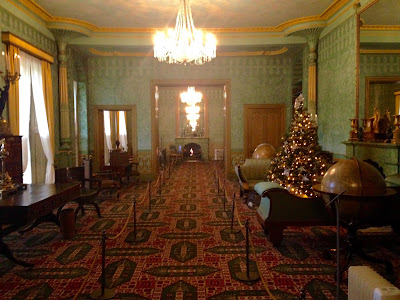 Be transported back in time with an expert guide. Hear stories of King George IV’s impressive banquets, balls and concerts and learn more about the architecture and decorative interiors of the Royal Pavilion including the newly reopened Saloon.

£5 (plus Royal Pavilion admission)
Tickets can be booked in advance by telephoning 03000 290902 (Mon-Fri) or in person at any of the RPM venues. You can also email visitor.services@brighton-hove.gov.uk for any queries.
A £1.50 booking fee may apply.

A royal collection for the Royal Pavilion.

While Buckingham Palace is being renovated over a period of 3 years a major collection of original Royal Pavilion decorative art and furniture will be returned on loan to the Royal Pavilion by the Royal Collection Trust. This will include porcelain pagodas originally placed in the Music Room, a Kylin Clock, an extraordinary extravaganza partly made in France and partly in England from Chinese and Japanese elements and the French designed Rock Clock from the Music Room. All the items were originally acquired by the Prince Regent, who later became King George IV, for his exotic Brighton residence.

The contents of the Pavilion were moved to London by Queen Victoria in 1847, on the sale of the residence. The Royal Pavilion was sold to the Town of Brighton.

"The Snowman" comes to Brighton. 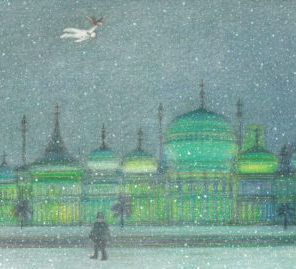 To celebrate the 40th anniversary of The Snowman, Brighton Museum & Art Gallery, together with Penguin Ventures (part of Penguin Random House) are showing an  exhibition of the original book artwork created by Raymond Briggs. Raymond taught illustration at Brighton College of Art and still lives near Brighton.

In 1982 The Snowman was adapted for screen and has been shown on Channel 4 at Christmas every year since, becoming a firm favourite with children and adults all over the world and an intrinsic part of family festive traditions.

Some of the original hand-drawn cels, celluloid sheets used for traditional animation, from the TV adaptation will also be on display.

Since it was first published forty years ago, The Snowman has been produced in 21 languages around the world and has inspired a number of additional stories including a sequel animation, The Snowman and the Snowdog.

To commemorate the anniversary, children’s author Michael Morpurgo has reimagined Raymond Briggs’ original tale as a chapter book. Illustrated by Robin Shaw, The Snowman by Michael Morpurgo will appeal to middle-grade readers. Robin Shaw has also created a short animation especially for the 40th anniversary celebrations that will premiere in the gallery from 4 December.

Families will be able to enjoy a fun-filled Christmas day out by visiting The Snowman show and Christmas at the Royal Pavilion where the Pavilion is decked out in sumptuous festive decorations including a replica of Queen Victoria’s sleigh for the ultimate Christmas family photo.

The exhibition will also be the inspiration of a new artwork by the museum award-winning artist Helen Marshall. Using festive images submitted by the public throughout October and November Helen will create a collage portrait of The Snowman and James which will be unveiled and on display in the gallery from 4 December.  Festive photographs of Christmas memories, snow scenes, or all things wintery can be submitted at  www.thepeoplespicture.com.

A Plaque to Captain Trotobas 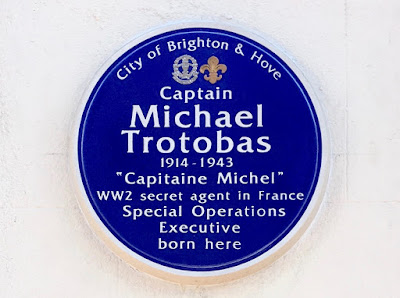 The plaque to Captain Trotobas, unveiled at a special ceremony in the Corn Exchange in November 2016 has found its final resting place at his birthplace in North Place, Brighton.

Trotobas joined the British Army in 1933. After WW2 broke out, he served in northern France, was wounded and evacuated from Dunkirk.  Having been educated in France he spoke fluent french and, back in England, volunteered for the S.O.E. In September 1941 he was one of six agents parachuted into Vichy-controlled France.

After only a month he was arrested, but escaped in July 1942 and made his way back to Britain via Spain and Portugal. Two months later he again parachuted into France to create a new circuit,  in and around Lille. From May 1943, he began sabotage operations in which he personally participated.  On the morning of 27 November 1943 the enemy forced their way into his lodgings in Lille and in the subsequent shoot-out, Trotobas was killed instantly.

Have your say on the design options for the third phase of the Valley Gardens improvement scheme which covers the area around the Old Steine down to the Palace Pier roundabout.

Brighton Bits thinks that there is too much hard surface in the amenity areas. Why not increase the width of the grassy areas in some places? The extra cost of mowing an extra 500 square yards or so would be negligible. 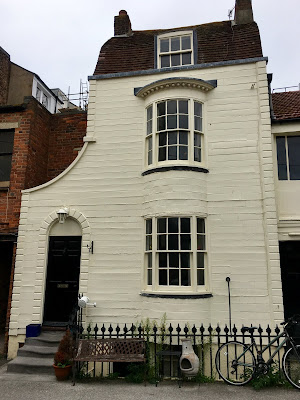 The facade of this grade II listed building, 37a Duke Street, is composed of wooden blocks in imitation of mortar joints. It has a tiled double gambrel roof and dates from c.1780.

It is remarkable that the segmental bay windows are said to retain their original sashes.  Modern softwood sashes seem to have a maximum life of 25 years even if well maintained. It would be interesting to know what wood was used throughout and how the blocks of the facade were cemented together. 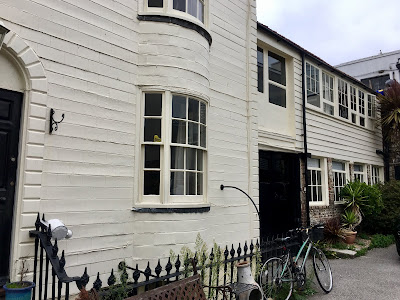