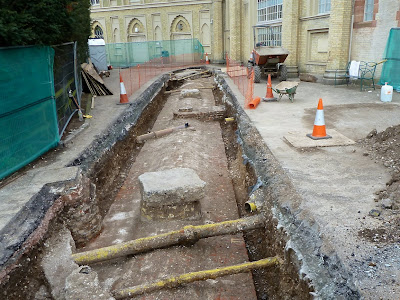 Work is in progress on the south side of the Dome/Museum complex to strengthen the access road above the old Pavilion/Dome tunnel. This has revealed the roof of the tunnel and two of the capped former skylights. Judging by the depth of the cover and the size of vehicles now using this stretch of roadway to service the Dome it is not before time. 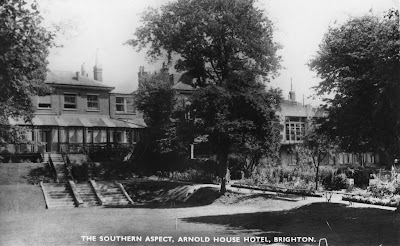 Email ThisBlogThis!Share to TwitterShare to FacebookShare to Pinterest
Labels: development, gardens
Location: Brighton, The City of Brighton and Hove, UK

Spring Street was built in the 1820's and named after a stream which may have shared its source with the artesian well ½ mile away at Wick Hall, now St. Ann's Well Gardens. This well, once prolific, ceased to flow in the late 19th century.

On the corner of Hampton Street, the 1908 photo shows the original 'Shakespeare's Head' public house, at 1 Spring Street. This was rebuilt in its present  form in 1935 as part of the Mitre House development in Western Road. Both Mitre House and the Shakespeare's Head are currently undergoing comprehensive redevelopment. On the opposite corner is 9  Hampton Street which later became a branch of Forfars.

Further up the west side of Spring Street, no.2 was occupied by chimney sweeps Graves & Son for most of the first half of the 20th C. In 1932 no.3 was converted to a newsagent, confectioner, tobacconist, 'Ives' and remained so until 1960. Beyond no.4 the houses 5 to 11 were owned by the catholic church St. Mary Magdalene, the presbytery of which can be see at the top of the street.  Houses 5 to 11 were demolished some time in the second half of the century as part of the development of St. Mary Magdalene's school. Some of them were later rebuilt to modern standards but in fairly sympathetic style.

On the opposite side of Spring Street (east) many properties were adapted to commercial use throughout the 20th C. including; a greengrocer, tailor, cycle shop, hairdresser, cafe, watchmaker and dairy. The last can be made out in the 1908 photo called 'Gearings Dairy'. It later became 'Jenkins Dairies' 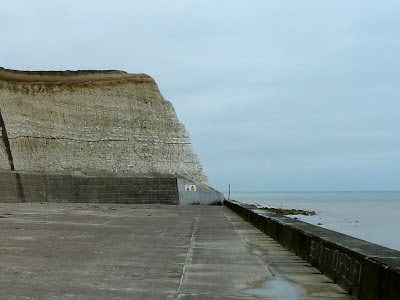 Walkers reaching the far east end of the Undercliff, 500 yards beyond Saltdean Gap, cannot help but feel a sense of anti-climax. Not only is it an inevitable dead-end but the once dramatic glimpse provided of the untamed cliffs beyond is there largely obscured by a concrete barrier. This barrier, to judge by the usual warning notice, is mainly designed to deter the rash-minded from "entering the caves" in the small bay beyond.

The last 310 yards of the Undercliff Walk lie beyond the city's boundary and were built by Chailey Rural District Council in 1963. Presumably it is now the responsibility of Lewes District Council. One can understand that they might not feel the same commitment to the Walk as a visitor attraction as BHCC. 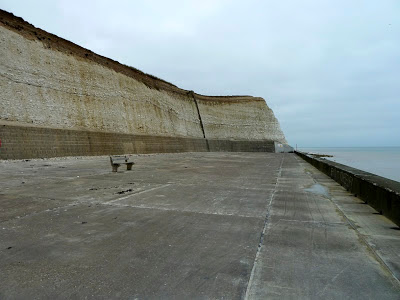 At the moment there is one derelict seat. The site seems to be calling out for something to make it more of a destination, such as a site-specific sculpture. Maybe Thomas Heatherwick or Anthony Gormley has something looking for a home? 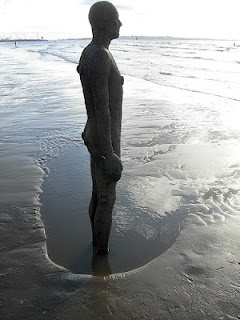 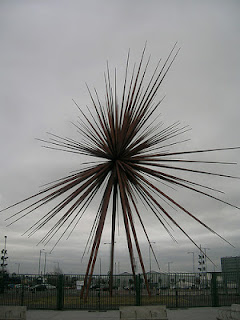