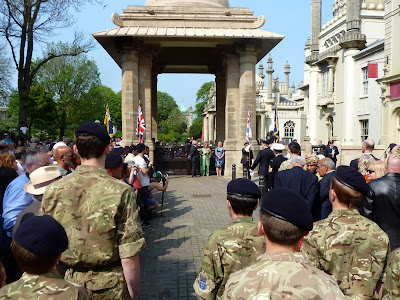 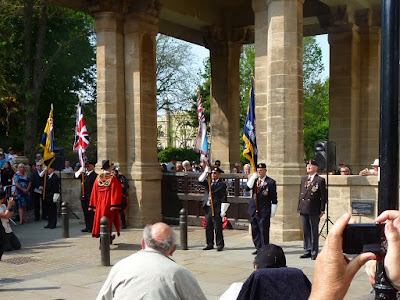 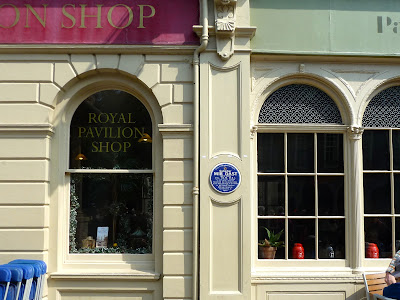 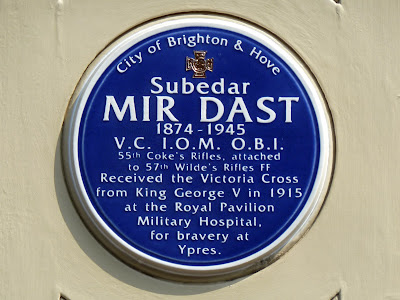 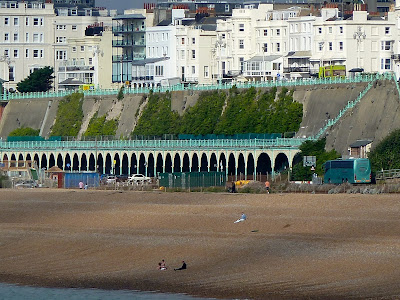 A statement from the Leader of the Council, Cr. Warren Morgan on plans for the Terraces et al. :-

""Just wanted to post a note about the Terraces, on where we are and what the next steps will be. The condition of the Terraces was revealed by a surveyors report before I took office. It was a report written on the advice of qualified engineers, and based on that the Terraces were closed to prevent any risk to safety. The estimate for repair or replacement with new sections was approximately £30 million, with the caveat that it could be more or less once work began and they discovered exactly what needed to be done with the ironwork buried behind concrete.
I said right from the start that I wanted to see the Terraces restored. A detailed plan was drawn up last summer for one scheme, and efforts have been underway ever since to make that work financially. In recent months we have looked at variations on that plan, a more modest scheme. We can't present a scheme and ask for funding as that would break procurement rules, but we can set out a brief based on an idea in principle.
We are putting in a bid for £4m Coastal Communities Fund money - the maximum we can bid for in the extremely short window the Government allows - to get our scheme underway, but it won't pay for all of it. An empty covered walkway won't pay back any investment or loan. There will have to be some commercial element involved. I want this to be as minimal as possible to preserve the Terraces as far as possible in their original form. I want to preserve the green wall too.
We will be presenting our plans in a few weeks. We are likely to invite further partners and investors to get involved in order to get it done, and the process for doing that will be public. Through all of this we are working with Heritage England (English Heritage) on getting it right. They are the statutory national authority.
The intervention of the Victorian Society this week has not been helpful. The debate has moved further and further from the facts and I've spent a lot of time this week reassuring people that the Terraces are not about to be demolished. There will always be claims that costs are overestimated, but there would be outcry if costs were underestimated and work stopped because of lack of funds or budgets were overspent.
The Terraces are just one of the major infrastructure projects I and council officers are dealing with - the hospital redevelopment, the arena/Churchill Sq "Waterfront" project, Circus Street, Valley Gardens, King Alfred and more are placing demands on our limited capacity. We are working at the same time on reducing the size of the council to cope with a 40% reduction in funding, to a point where almost all of our revenue funding will have to be spent on vulnerable adults an children, people with disabilities and children at risk, around 3% of our population. At the same time we have to lead in tackling growing poverty and homelessness. Everyone has their own priorities, as a council we have to try and address each with rapidly shrinking resources.
I understand and accept the bad feeling, the scepticism and mistrust over the Terraces, I can only assure you that I have kept it near the top of the list of things we are dealing with, and that we need to present our plans in a few weeks or quite rightly lose trust and credibility. There is no guarantee of success but I can guarantee my best efforts in getting the Terraces restored.


Comment: The intervention of the Victorian Society that Cr. Morgan refers to consisted of the visit of a very experienced structural engineer running a practice that specialises in historic buildings and worked on the restoration of the Albert Memorial in Hyde Park. It is disturbing that this should be thought of as "not helpful" instead of being welcomed as an opportunity of finding out from him the true scale of the problem.

Elsewhere Cr Morgan states, "An empty covered walkway won't pay back any investment or loan. There will have to be some commercial element involved. I want this to be as minimal as possible to preserve the Terraces as far as possible in their original form." This does not inspire confidence inasmuch it is difficult to envisage any commercial intrusion into the restoration that does not seriously degrade the elegant utilitarianism of the Victorian design.

But we shall have to wait and see and keep in mind that the economic situation the Council finds itself in is, after all, the responsibility of a central government wedded to the dogma of private enterprise solutions.

This old building with the weirdly-proportioned gambrel roof has been in a poor condition for several years and recently lost its slates. It is situated directly opposite the Circus Street development site. 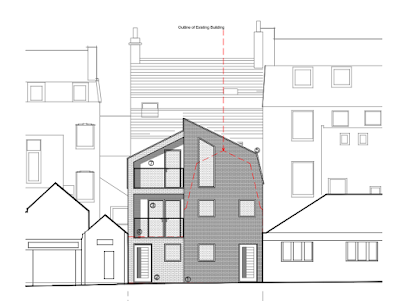 Inevitably perhaps the end may now be approaching. Planning application BH2016/01641 proposes its demolition and replacement with a three-storey building comprising 3, one bedroom flats.

It is good to see that local Yelo Architects Ltd. have preserved some of the quirkiness of the roof shape.

The city’s beaches have been classified as ‘excellent’ by the Environment Agency, with two of them winning Blue Flags from Keep Britain Tidy.

All four beaches tested by the Environment Agency – Hove, Brighton Central, Brighton Kemptown and Saltdean – passed with flying colours. The results are based on the past four years (2012-2015) water quality test results.

Blue flags were awarded for the city’s two main resort beaches of Hove and Brighton central. They are used to highlight coastal destinations that have achieved the highest quality in water, facilities, safety, environmental education and management.

Saltdean beach has been recognised with a Quality Coast Award for achieving the highest standards of beach management.

Seasonal lifeguards support the regular seafront team and will be patrolling beaches from the Marina to Hove Lagoon.

During an average year Brighton & Hove’s lifeguards carry out more than 100 water rescues, and save many lives. They also administer first aid to around 250 beach goers, give safety advice to around 19,000 people and reunite hundreds of children with their families, proactively working with them to prevent incidents occurring and ensure their visit to the beach is a safe and happy one. 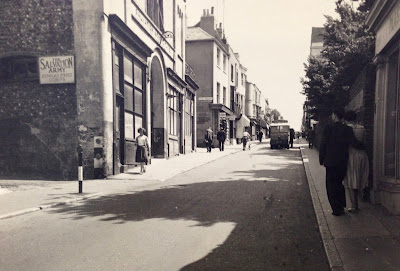 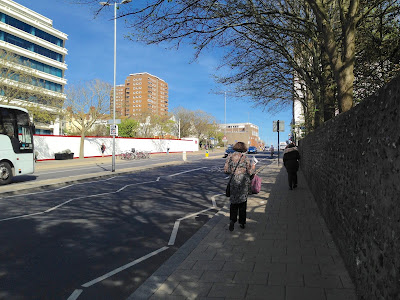 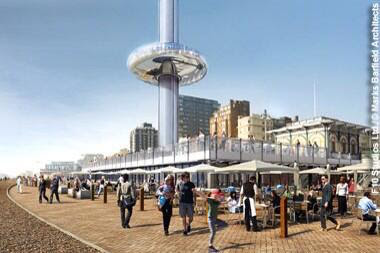 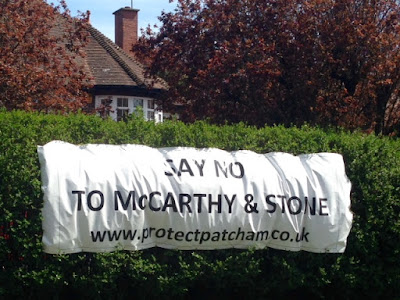 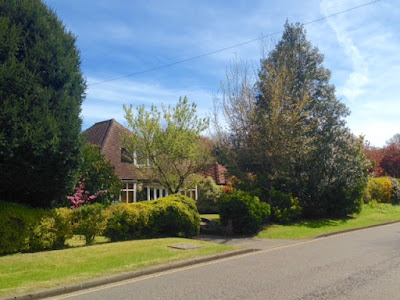 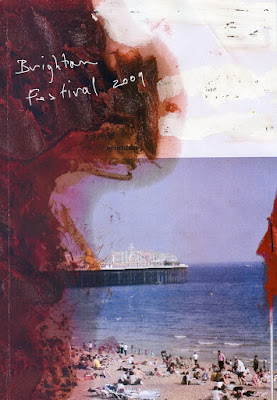 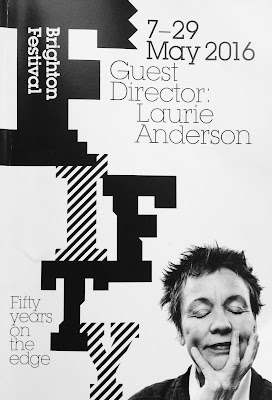 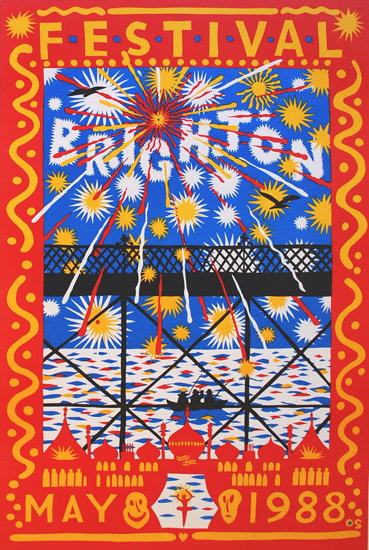 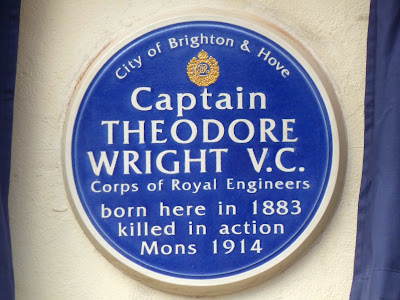 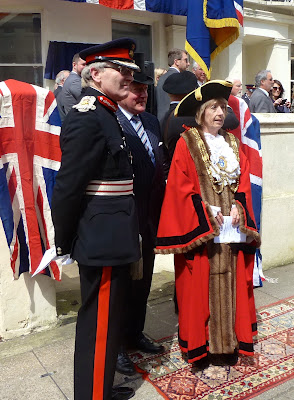 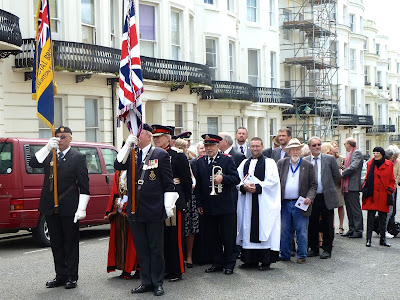