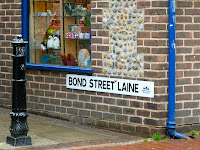 The proposed change to the Bond Street La(i)ne nameplate to correct the spelling has today been put out to a new consultation.  Someone apparently queried the wording of the original public notice. The only material difference between the original and new notices is a change  in the definition of the time period allowed for objections to be lodged.

The first version was apparently interpreted as 21 working days whereas the Court works on 21 consecutive days. Somebody putting in an objection at the last minute might have been told it fell outside the allotted time period of 21 consecutive days.
It seems likely that the Order will in fact go to the Magistrates Court. It is possible to see that some residents might be put to some inconvenience and expense by the name change. As the original misspelling was a result of an unfortunate recommendation by the Borough Engineer in 1981 one hopes some compensation might be on offer to residents so affected.

Email ThisBlogThis!Share to TwitterShare to FacebookShare to Pinterest
Labels: quirkies, signs, streets
Location: The City of Brighton and Hove, UK 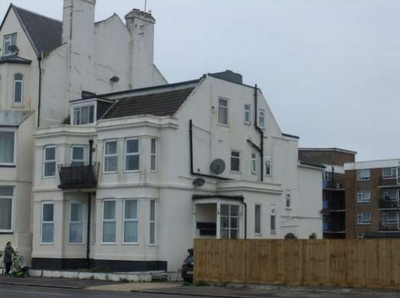 191 Kingsway is not devoid of architectural charm. It has a mixture of square and canted bays, a quirky balcony, amazing sprinkling of small windows on the east elevation and unusual side entrance. The fact that it is only two storeys plus loft high, among otherwise much taller buildings, provides a pleasing variation to the Kingsway roofline.

Planning application BH2011/03956 called for demolition of 191 and replacement with the central block shown in the visualisation below.  In this picture the building on the right is an artist's impression of what might replace the Sackville Hotel (no.189 Kingsway). This collapsed a few years ago during conversion. The latest application for the Sackville Hotel site, BH2012/00982, has yet to come before the Planning Committee.

Meanwhile it can be seen that the building proposed for 191 Kingsway extends over what used to be a 20ft wide gap between the buildings providing, in the bottom right-hand corner, an entrance to basement car parking. The gap left between the building is now minimal and the developers of 189 objected to the plans for 191 on the basis of loss of light. The Sackville Hotel had windows on the west elevation and the developer argues that they are entitled to reinstate these without loss of amenity. However legal advice to the Planning Committee was that this was not a planning consideration but rather a matter for the interested parties to resolve elsewhere.

In the end the Planning Committee, at their meeting yesterday, voted to refuse the application for 191 Kingsway on the grounds that it was out of scale and character with neighbouring properties on Kingsway and the nearby side streets of Walsingham Road and Sackville Gardens.

These rather vague criticisms will surely give the architect considerable difficulty in deciding exactly what modifications are required. On the other hand,  intentionally or not, the decision to refuse  seems rather clever. It presumably gives time for the application for no.189 to be approved, complete with side windows,  and, if so, future plans for no.191 will have to reinstate the full gap. This will inevitably reduce the size of the redevelopment. 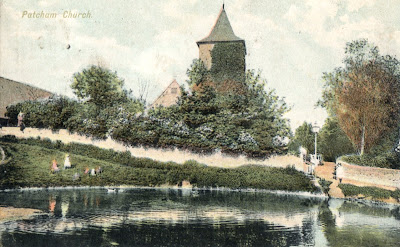 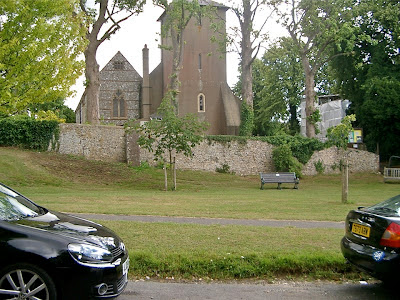 (Not quite with the same perspective but the viewpoint was restricted by the parked cars.)
at 16:52 1 comment:

Email ThisBlogThis!Share to TwitterShare to FacebookShare to Pinterest
Labels: local history
Location: The City of Brighton and Hove, UK 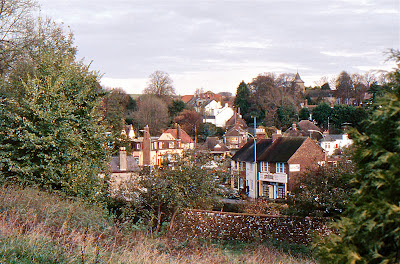 Following a period of representation in which no objections were received the Patcham Article 4(1) Direction has today been confirmed. The Direction removes certain permitted development rights in the conservation area, in order to  allow greater control over incremental change in the area, thus preserving and enhancing its special character.
Planning permission is now required for:- 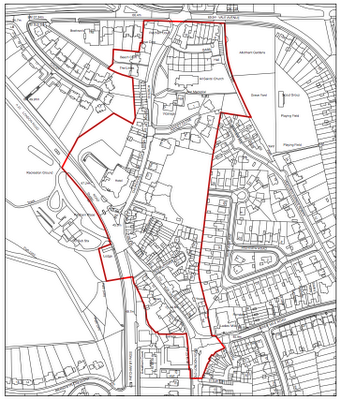 The Curator gives a short, illuminating talk about one of the prints from the current exhibiton in the Print Gallery, Brighton Museum.
at 22:20 No comments: 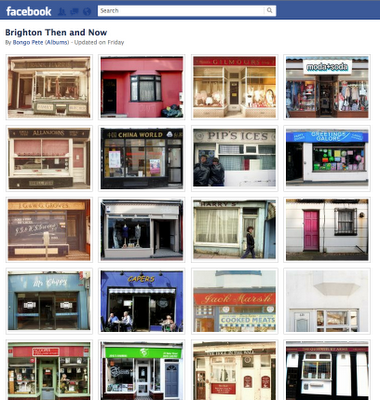 A fascinating photo resource posted by Bongo Pete on Facebook.
at 18:13 2 comments: 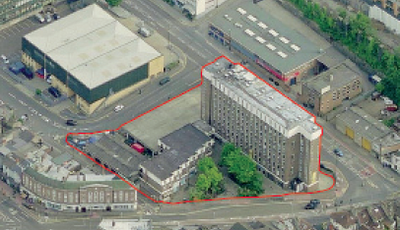 A few years ago Tesco were buying up property on the west side of London Road and, in New England Road, Vantage Point and Circus Parade.  Their plans for redevelopment, including a Department Store, did not come to fruition. Possibly reflecting the recent downturn their UK operation has experienced, they are now putting the freehold of this island site of 0.9 acres up for sale.
The landmark building comprises 37,380 sq ft (approx) of offices with 8 flats. A retail parade of 14 shops provides a further 12 flats along with an 80-space (approx) car park.  Development potential in a convenient location near Brighton station – Part Vacant Investment. 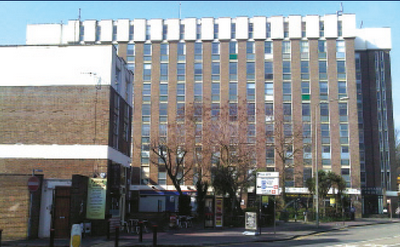 Email ThisBlogThis!Share to TwitterShare to FacebookShare to Pinterest
Labels: development
Location: The City of Brighton and Hove, UK 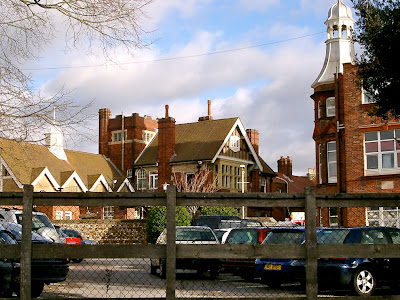 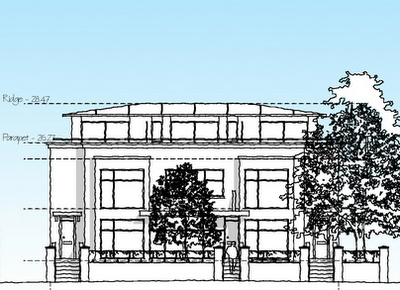 Which are now completed: 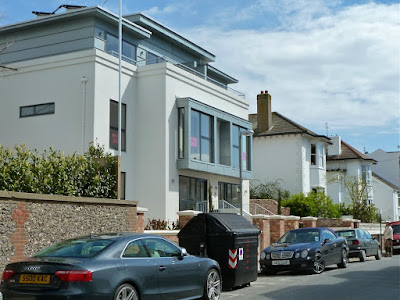 With the result,  one feels, that the modern era has stamped its contribution on the Victorian streetscape without detracting from, or dominating, its attractiveness.

Unfortunately, the same can't be said for the communual refuse bin.

Email ThisBlogThis!Share to TwitterShare to FacebookShare to Pinterest
Labels: architecture, development, streets
Location: The City of Brighton and Hove, UK 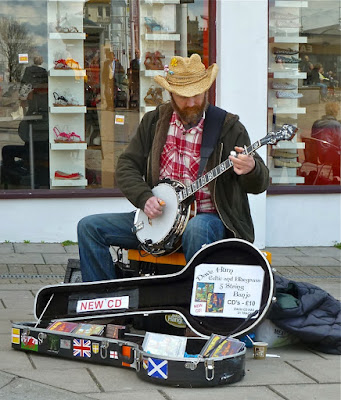 Dave Hum, a class act playing at what used to be the end of Upper Russell Street. That was before nearby Churchill Square was built. The large open space in front of the Churchill Square shops is private property, hence the popularity of this particular spot, on the nearby public highway, with street entertainers. 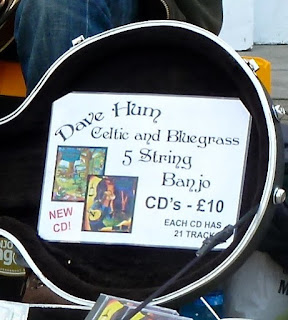 Dave's playing could be heard from way up Dyke Road. Call me unsophisticated by I find the sound of a 5-string banjo, expertly played, irresistible. . .

A cyclist's view of Lewes Road

Cllr Ian Davey explains Brighton & Hove City Council's proposals to improve transport and safety on Lewes Road. These include wide bus and bike lanes and safety measures for the Vogue gyratory junction. He is right when he says the Vogue Gyratory is a challenge. How the present complicated system offers any advantages is beyond easy comprehension. It makes one wonder if the planner responsible was power mad or had just had a bad night . . . . .

Email ThisBlogThis!Share to TwitterShare to FacebookShare to Pinterest
Labels: planning, streets, traffic
Location: The City of Brighton and Hove, UK 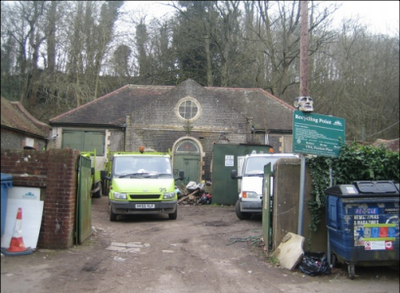 Patcham Place seems likely to have found a new occupant, which must be welcomed, even though the hopes of some that the South Downs National Park Authority would make it their headquarters has not been realised. The SDNPA has opted for a site almost exactly in the centre of the National Park at Midhurst. Now a local firm Kingspan Developments hopes to make Patcham Place their flagship headquarters. Recent planning application BH2012/00667 is for change of use from former youth hostel to offices and training facilities.

Importantly, the heritage statement of this application states:-
Any subsequent physical alterations to the building to facilitate this re-use would be the subject of a separate, subsequent application(s). Any such alterations would focus on delivering the building back toward its more historic layout as the broad internal layout of the building is already compatible with the companyʼs proposed use.

Referring to the neglected stables block the heritage statement says:-
Similarly, the stables area is envisaged for uses ancillary to the main building and any subsequent alterations that may be proposed to this area will be the subject of separate application in due course. It is intended that these would take the opportunity of ensuring the long term preservation of the building and a viable use in perpetuity that will preserve and enhance the character and fabric of the structure.


Kingspan Developments Ltd, currently based in Gladstone Place, off Lewes Road specialise in building maintenance and construction, including contract maintenance and facilities management.  The ﬁrm has clients that include supermarkets, hotel chains, retail and eateries, ﬁnancial institutions and Government agencies, such as the Metropolitan Police.

Email ThisBlogThis!Share to TwitterShare to FacebookShare to Pinterest
Labels: architecture, development, planning
Location: The City of Brighton and Hove, UK

"Parking, pedestrianisation, shopping and markets all are debated by Frank le Duc’s guests. Chris Todd from Friends of the Earth questions Mary Portas’ plan for reviving city centres saying her plan takes no account of the majority who get to shopping centres by walking or public transport. That is why we need Park and Ride says leader of Labour group Cllr Gill Mitchell who also reveals much of her ongoing report into shopping in the city. Conservative Cllr Andrew Wealls puts the case for retailers who are worried about high car parking charges and high business rates in the city. Some extraordinary government information films are revealed by Treason Show’s Mark Brailsford and we discover what shops our guests worked in and Chris gives us all a surprise."

Fireworks at the Amex? 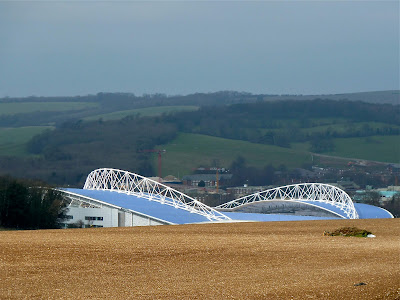 The original planning applications, BH2001/02418 and BH2008/02732 for the stadium at Falmer were subject to a condition (11) that: "There shall be no laser and/or firework displays at the Stadium". Recently filed application BH2012/00873 seeks to vary that condition to: "There shall be no laser or pyrotechnics/fireworks displays other than within the confines of the Stadium and then any such display shall be limited to lasers and pyrotechnics/fireworks, none of which shall exceed the highest point of the Stadium roof".

Considering that firework displays, of apparently unlimited height, are allowed at the cricket ground in the heart of residential Hove, this  condition in either version seems somewhat eccentric. I'm sure the residents of Falmer would be more concerned that such displays were not too frequent rather than be worried about their height. Indeed, if they are going to be disturbed anyway they might welcome the chance to view some of the display for free.

On Saturday (March 31) Brighton & Hove City Council  held the first of three consultation events to find out what local people think of proposed designs for the new skatepark and its integration into the existing landscape. The other consultation events will be held at The Level on April 3 from 11am to 1pm and April 16 from 3pm to 6pm. Residents are invited to visit a marquee on The Level during these times where they can view the plans, talk to staff and leave their comments and suggestions.  Plans for the playground will also be on display.  Aternatively those interested can fill in a consultation questionnaire on line at:- http://consult.brighton-hove.gov.uk/portal/bhcc/parks/level_skatepark_survey.
In the "After" visualisation above the skatepark is shown surrounded by a 3 metre wide planted border and a low (0.4 metre) timber retaining wall, see below. This wall seems an excellent feature which will help to protect and enhance the new plantings. However timber, no matter how treated, quickly becomes shabby-looking and is particularly subject to early rotting at the air/ground boundary. A 0.4 metre high rustic masonry wall in a style to match those around the edge of the north field would be more durable and better integrate the skatepark into the historic landscape. 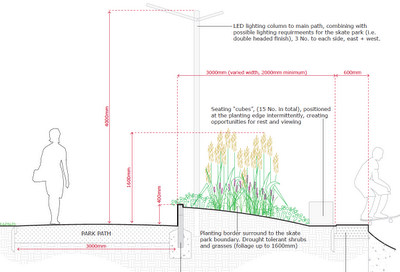