See also:-
A Plaque for Dr.Helen Boyle
Other Photos 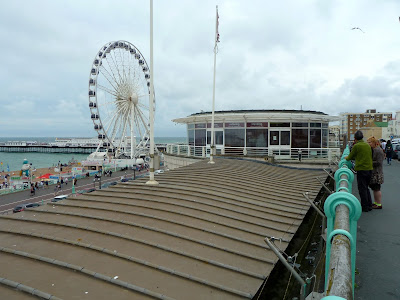 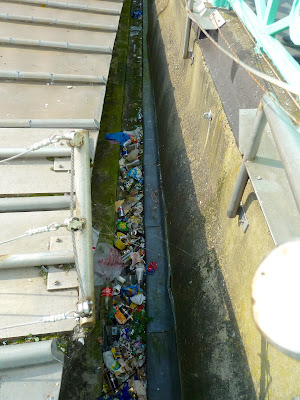 The design of the existing buildings on the terraces was poorly thought through. Between the edge of the promenade in Marine Parade and the unsightly roofing an inaccessible gully was created. It must always have been difficult to keep this free of litter and rubbish, but now that the site is largely derelict the problem is exacerbated,  The result is shown in the accompanying recent photos left and bottom.

Whatever one thinks of the latest proposals for the site they will at least, if approved and implemented, remove the unattractive roofing and eliminate the inaccessible gullies.

The Conservation Advisory Group recommended refusal of the application. The Planning Committee may take a different view. 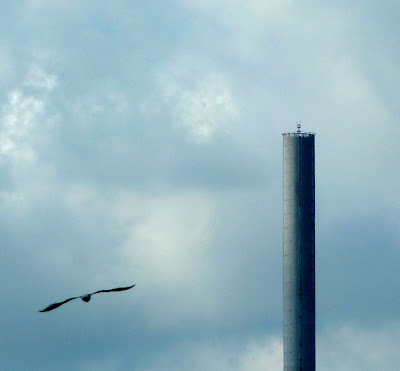 A Plaque for Dr.Helen Boyle

Today at Aldrington House, New Church Road, Hove, a plaque was unveiled to Dr. Helen Boyle, Brighton's first woman GP. Dr. Boyle founded the Lady Chichester Hospital for the Early Treatment of Mental Disorders which moved to Aldrington House in 1919. Dr. Boyle worked at the hospital until the NHS took over in 1948.
She died 9 years later at Pyecombe.

Dr. Boyle was a pioneering doctor and psychiatrist whose ground-breaking approach to treating mental illness changed the lives of countless working-class women and was critical to the acceptance that mental illness could be identified early and treated. She became the first female consultant psychiatrist at the Royal Sussex County Hospital and in 1939 the first woman president of the Medico-Psychological Association.

Dr. Boyle was also honoured for her war work in Serbia and the unveiling was attended by the Serbian Ambassador. 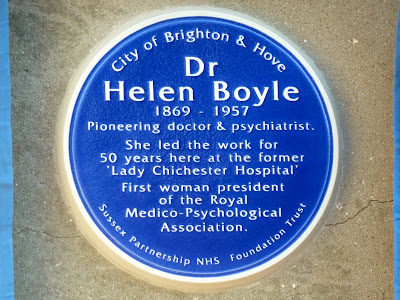 Rebuilding of the Seafront Shelter Hall. 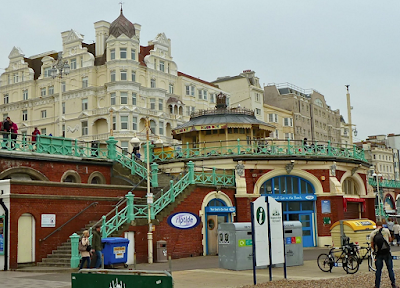 BHCC has won £9 million funding from the government’s Highways Maintenance Challenge Fund to rebuild the Shelter Hall, at 150-154 Kings Road Arches. This was built in the 1880s and supports the upper promenade and the highway. It is currently in very poor condition. In 2013 internal props were installed to prevent the structure from collapse and to protect pedestrians and cyclists above. This propping-up is currently costing the council around £110,000 a year. Permanent restoration is essential to prevent the A259 from collapsing and to protect the roadway for the next 150 years.

The historic Shelter Hall will be remodelled to provide two internal floors instead of the current one, with a rotunda on top and a roof terrace. The Council plans for these spaces to become a flagship commercial location for the 21st century, in turn earning revenue to help maintain the seafront. The building will also incorporate new public toilets, creating a new walkway on the beach, enlarging the upper promenade area and building new public toilets on the seafront.

Preparatory work has begun on realignment of the lower promenade opposite the bottom of West Street. Construction is planned to start in October.

As the work progresses, one lane of the westbound carriageway will be shut for a distance of about 50 metres either side of the bottom of West Street. The junction will include a filter for right turns into West Street.

Due to the age of the structure and complexity of the construction, the closure is expected to be in place from 2016 for two and a half years.  This is now the main coastal route through the city and engineers will be rebuilding it underneath the road.

Brighton & Hove City Council is contributing nearly £1.7 million towards the scheme from Local Transport Plan funding. The project will be overseen by the team which created the award-winning seafront arches restoration near the i360 development.

The council will be making sure that disruption to traffic is kept to a minimum, and the partial lane closure will be linked to an overall plan to ensure traffic management is co-ordinated with other major schemes in the city.

During the work to rebuild the Shelter Hall, shared pedestrian and cycle access along the upper prom will be maintained at all times, along with access to the lower prom. The West Street junction will also be kept open including access to Churchill Square and car parks.

Se also: The lower promenade shelter hall
at 16:38 No comments: 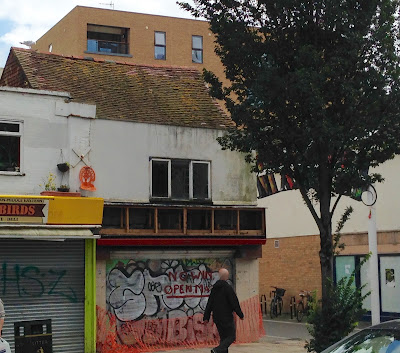 This one-time butcher's shop on the corner of London Road and Marshall's Row is now in a deplorable state of neglect. As it is on a main thoroughfare its construction probably predates that of the cottages in Marshall's Row built by John Marshall in the 1830's. The last of these, Dawkin's Forge, was demolished in 1958 for the building of the Open Market. It is thus one of the few remaining links with the very early Victorian era on this side of London Road. Until a few years ago it added a touch of historic charm to the corner and looked worthy of preservation.


Unfortunately it now appears to be beyond economic repair and looks as if it might even pose a danger to passers-by in the London Road.