Made by a team of volunteers in the last few months of 2020, this film takes you on a tour of Downland owned by the people of Brighton and managed in perpetuity by Brighton & Hove City Council.
Traversing the Brighton Downs from West to East the film takes in the highs and lows of downland use and management.
The film shines a light on the history of the downs and the animals and wildlife that live on it's shrinking chalk grassland.
The downs face an uncertain future with a public consultation underway right now.
Visit the Brighton Downs Alliance website and Facebook page for more details:-
https://www.brightondownsalliance.org...
https://www.facebook.com/BrightonDown...

On-going work at All Saints, Patcham.

The KSD Group took over the lease of Patcham Place in 2012 and deserve every credit for the thoroughness with which they have restored and maintained Patcham Place since.

Following recurrent thefts of lead prior to 2014 estate-style mild steel fencing and handsome gate posts were installed.  Remnants of original wrought-iron fencing are still to be found at the top of Coney Hill. 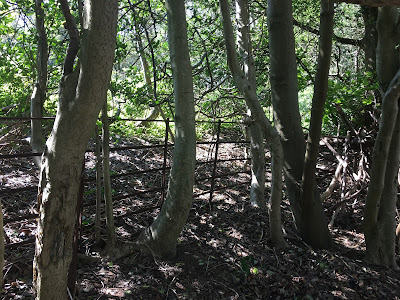 Patcham Place was built in the 16th.C but the facade was later modified with the black mathematical tiles that can be seen today. It is said to be haunted by one of its owners Anthony Stapley who lived there c1620-1655. He was a leading Puritan and Parliamentarian in the area and one of the 59 MPs who signed Charles I's death warrant. 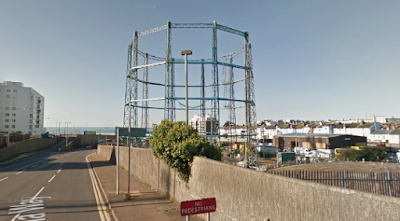 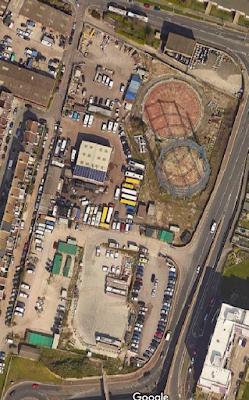 This brownfield site’s use as a gasworks dates back to 1818 and the days when coal was unloaded from colliers on the beach and hauled up through a tunnel cut in the chalk, parts of which are said to still exist. After gas production on site ceased in 1860 the site was used for gas storage and distribution. For much of this span of time activities on the site went unrecorded leading, as far as redevelopment is concerned, to significant uncertainty and risk of unknown underground obstructions and contamination.The site forms part of the council's strategic site for redevelopment DA2 which includes the Marina.

Now prospective developers St William have launched a public consultation on their landscape-led proposals for the site. St William is a joint venture between National Grid and the Berkeley Group to regenerate redundant gasworks sites across the South of England to deliver new homes and jobs.

EPR Architects are project leaders and landscaping is by Brighton-based Andy Sturgeon Design.

A key feature of the site has been identified as it ability to open up a new green link between the South Downs National Park, the city and the sea. 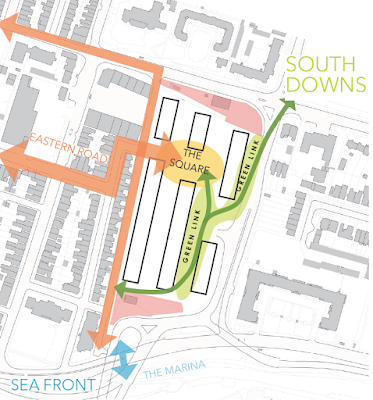 The site is identified specifically to deliver new homes and employment floorspace, with the potential for ancillary retail. 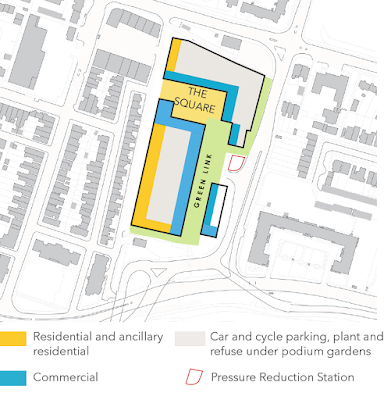 A feedback form can be found at:- https://brightongasworks.co.uk/feedback/