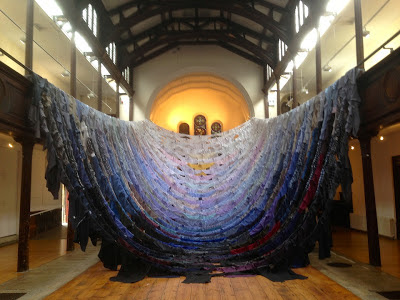 Effective installation by Kaarina Kaikkonen composed of shirts and ropes in the Fabrica Gallery.  Kaarina is also responsible for "Time Passing By" at the Clock Tower. 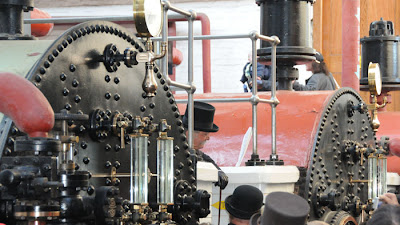 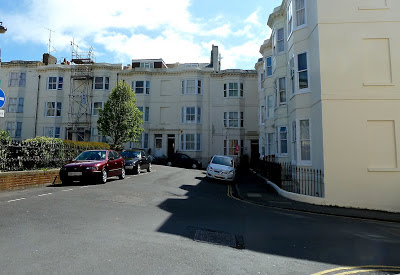 These houses date from the 1820s and refronted c.1850. The gardens have been in Council ownership since the 1884 Brighton Improvement Act. They lost their railings during WWII but these & the garden were nicely restored during the 1990s. Like many places in Brighton it has lost several mature trees. The Square is within the Regency Square CA and the houses are subject to an Article 4 direction requiring magnolia walls, white woodwork and black railings. 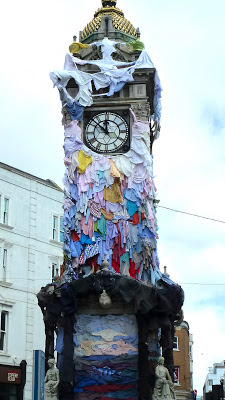 Rather like religion really. Don't expect to understand it. - Just believe.

From an article in today's Independent:-
"Michael Gove, as Education Secretary, has picked his fair share of fights. From Jamie Oliver to the National Union of Teachers, the Information Commissioner to the schoolchildren of Tottenham in north London, opponents of the Secretary of State for Education have variously described him as “arrogant”, “belligerent” and a “real life villain”.

Now he has a new nemesis: the city of Brighton and Hove. A Department for Education (DfE) plan to concrete over playing fields to make way for a new free school has residents, teachers and even a local Conservative MP up in arms. Under the banner of “Hove vs Gove”, a group of campaigners has vowed to save their “village green” – known as Bhasvic Field – and has accused Mr Gove of once again riding roughshod over a community’s wishes in pursuit of his free schools policy."  Read on.

Petition to save a green lung
at 17:15 No comments: 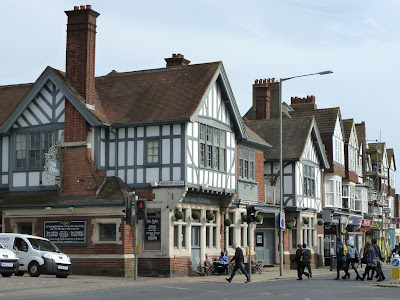 The Dyke Pub & Kitchen (formerly the Dyke Road Tavern)  stands on the site of the former Windmill Inn . This was named for Trusler's Mill, which stood nearby, and was the northernmost of several mills along the Dyke Road Ridge. Other mills were at Port Hall and Belmont. Trusler's mill was demolished c.1890. The Inn was also owned by the miller William Trusler, first as the Windmill Inn and then Dyke Road Hotel, until 1905. Reference to the mill is preserved in the naming of "Old Mill Mews" which runs behind the pub.

The present building dates from c.1896 and is an impressive example of a purpose-built public house in Tudor revival style. It showcases all the characteristic features & flourishes; half-timbering, jettying, mullioned windows, tall chimneys. window-leading, etched glass. All executed to the highest standard of workmanship. 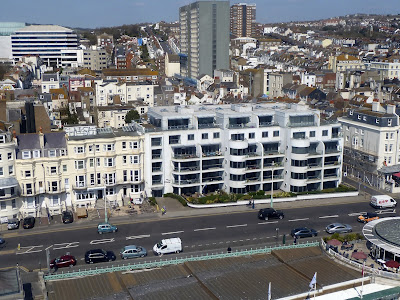 The is about the best view that riders of the Brighton Wheel get of the Van Alen building. At the planning stage residents were in the van of the opposition on the grounds of over-shadowing and loss of privacy. This blog suggested that the first ground was largely spurious. The extent of the loss of privacy can be judged from the photo.