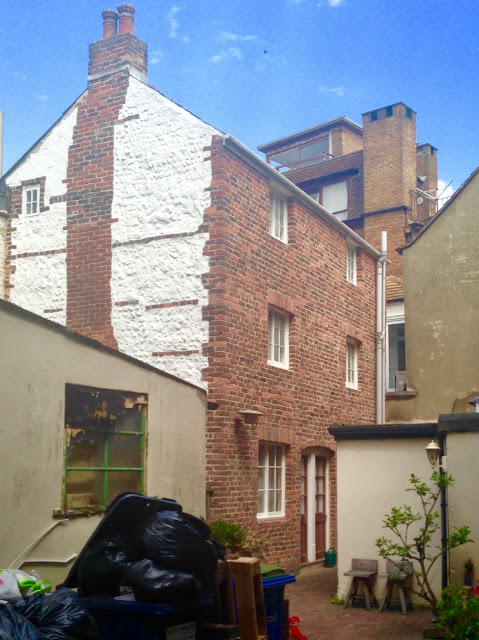 This cottage is thought to have parts dating from c1720. It could thus be said to vie with Puget's Cottage for being the oldest in the Old Town were it not for later alterations. These could naturally arise if it has been in continuous occupation and so being gradually upgraded to meet changing needs and whims. It was grade II listed in 1996.

It was originally a pair of cottages and part of a terrace running northwards. It may never have had street frontage but have been in a back court with twitten access. Brighton once had many such properties now mainly gone. It is now completely embedded behind later buildings with no public access.

The front wall is in English Garden Wall bond, three rows of stretchers to one row of headers. This was used from the late 18th century onwards, and very rarely found on buildings outside the north. The roof appears to be of slate.

It has two horizontally sliding sash windows which first made an appearance in the Georgian era. They are also known as "Yorkshire windows" due to their origin. Coupled with the particular brickwork in makes one wonder if a northerner once owned the property. 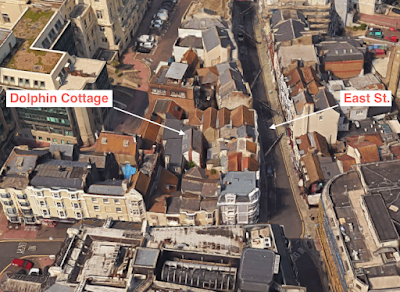