The Victoria Fountain - now & then 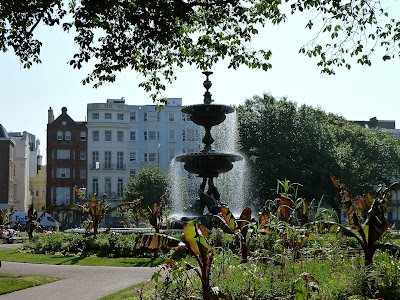 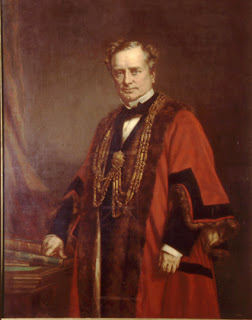 The Victoria Fountain is pure 'Brighton'. It was financed partly by Sir John Cordy Burrows, Brighton's first Mayor and partly by local public subscription; it was designed by Brighton's regency architect Amon Henry Wilds, modelled by Brighton sculptor William Pepper, cast in the Eagle Foundry in Gloucester Road, and the Brighton dolphins forming its base were mounted on a collection of sarsen stones dug up in the Old Steine in 1823. It has rightfully been grade II listed along with the grade I Royal Pavilion, since the listing scheme was first introduced in 1952.


It was inaugurated in 1846, to mark Queen Victoria's 27th. birthday, with a ceremony at which a band played the "The Fountain Quadrilles", specially composed by local musician Charles Coote. In 1990 the top part was removed for restoration and, on completion in 1995, was inaugurated by Prince Charles. The whole fountain was given a further makeover for the Millenium celebrations and it seems to have been getting regular maintenance ever since. 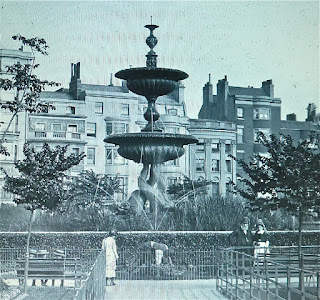 The circular cascades between the basins, which form such an attractive feature, especially viewed against the light, appear to have been a recent innovation. Early photos show individual jets arcing down from the rims of the upper basins and others arcing up from the bottom one.

Some more about the fountain & comments about William Pepper here:- My Brighton & Hove: the Victoria Fountain
at 16:24