A Plaque for the Old Hove Town Hall 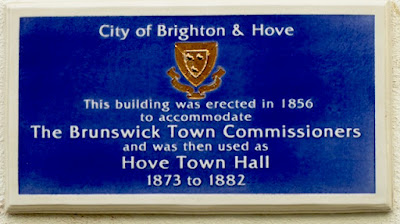 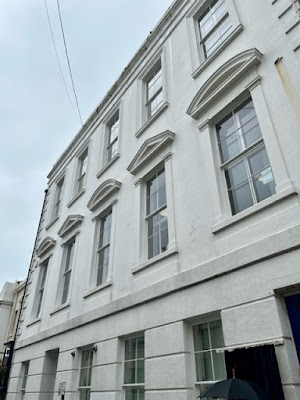 64 Brunswick Street West, built 1855-56 by a Mr Russell for the Brunswick Commissioners, has had its  history commemorated with a blue plaque. It is constructed with render over rubble with brick quoins and has outlasted its replacement, the Alfred Waterhouse Hove Town Hall in Church Road, by 56 years.

Addressses were given by the City Mayor, Cr Lizzie Deane, Michael Ray the last Chief Executive of Hove Borough council, and Vasseema Hamilton, Executive Principal of the Brighton Institute of Modern Music. BIMM are the present occupiers of the building.

The plaque was unveiled by the City Mayor. 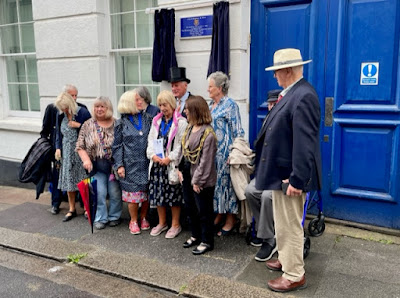 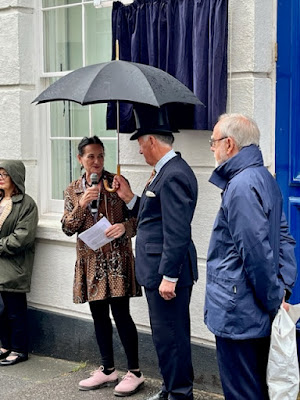 A Plaque for Helen Normanton 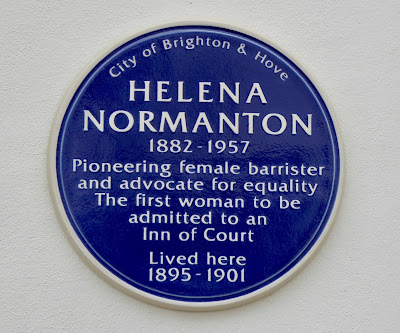 This plaque, unveiled yesterday, owes its existence to the efforts of twin sisters attending Brighton College. They chanced upon Helen's grave in Ovingdean churchyard and, their interest sparked, went on to meticulously research her background. This led into a successful campaign for a plaque on 4 Clifton Place where Helen spent her formative years and first formed the ambiton to enter the legal profession, undaunted by the fact that it was closed to women at that time. 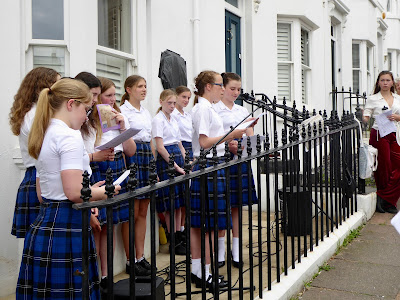 The proceedings were opened by songs from a small choir of fellow pupils and a welcoming address was given by the sisters.  This was followed by speeches from:- 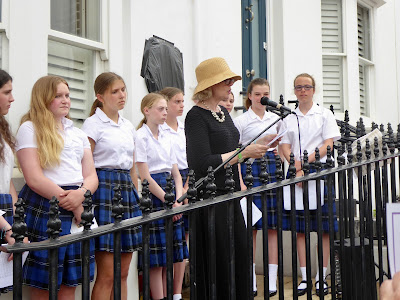 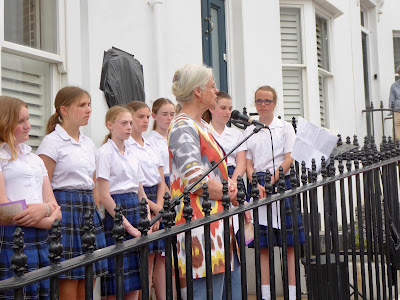 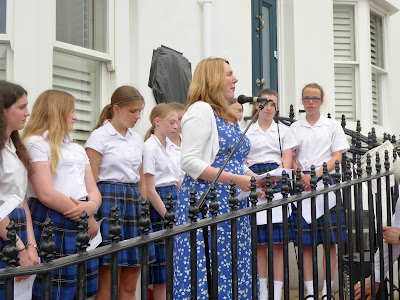 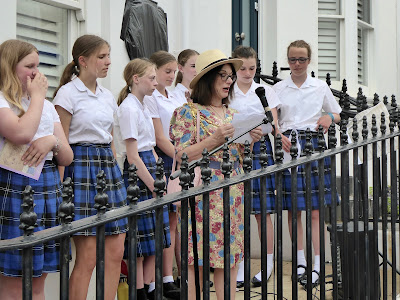 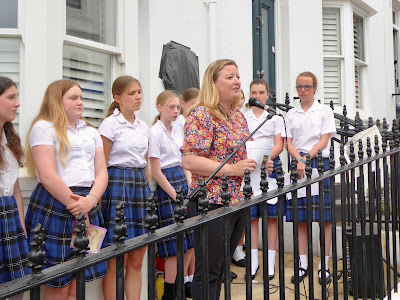 The sisters haven't stopped with this success but have now become Child Ambassadors involved in promoting and fund-raising for the Mary Clarke Statue Appeal.
at 20:02 No comments:

A Plaque for Sir Harry Kroto A plaque to Sir Harry Kroto was unveiled yesterday at the Chichester building at the University of Sussex where he discovered a new form of carbon molecule C60. He named this molecule "Buckminsterfullerene" after the the US architect Buckminster Fuller who designed the geodesic dome. The existence of fullerenes had been previously predicted from spectroscopic observations in outer space.
The plaque was sponsored by the Royal Society of Chemists as part of their 'Chemical Landmark' scheme. There are a further 70 plaques under this scheme throughout the country. 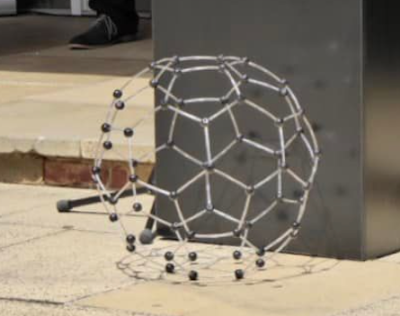 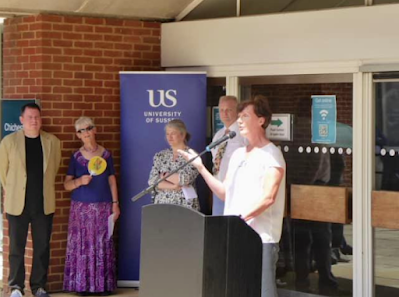 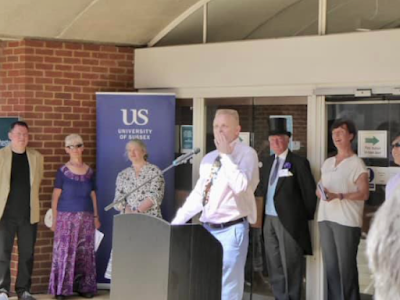 The President of the Royal Society of Chemists 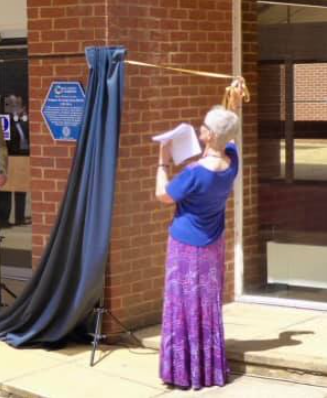 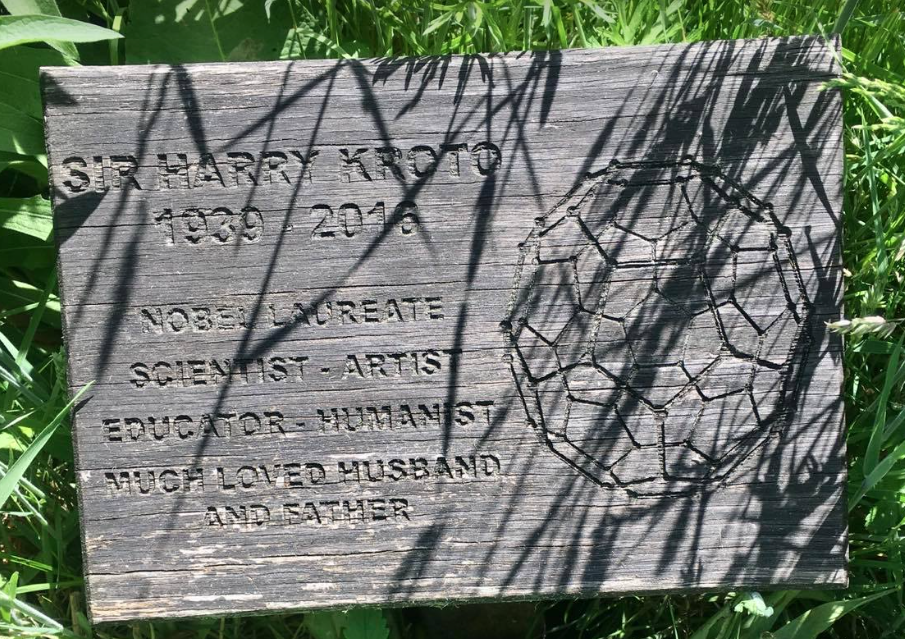 A Plaque for the Hilton Twins 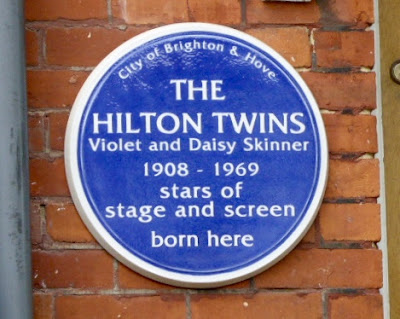 The City Mayor, Cllr Alan Robins, today unveiled a plaque at 18 Riley Road to the Hilton Twins.
The twins, although exploited during their early life, gained freedom from their "guardians' at the age of 23. They went on to rise above their physical challenges and for many years became widely celebrated for their musical talents alone. However the mid 20th.C saw their popularity fade. Lacking work and money they ended up in Charlotte, North Carolina employed in a local shop.
They died during the Hong Kong flu epidmic, Daisy preceding Violet by a few days and were buried together at the local graveyard. 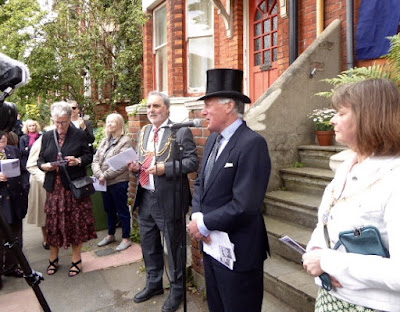 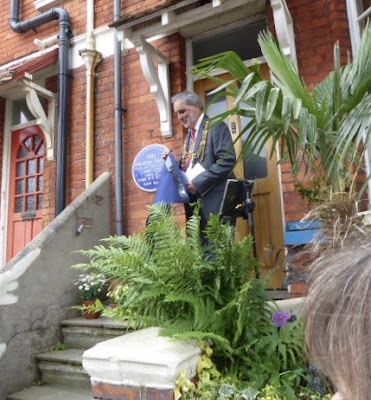 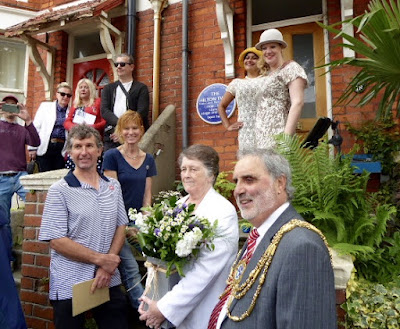 This was the 6th and last plaque unveiling performed by Cllr Robin during his mayoral tenure.

A Plaque for Lewes Road Hospital 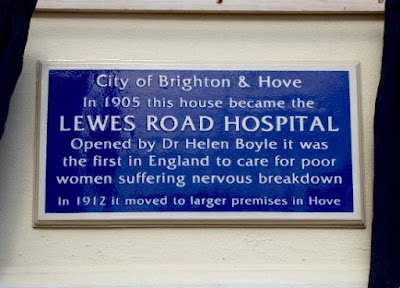 In the early 20thC poor food, bad housing conditions and overwork inevitably led to poor health which in turn produced mental stress and, untreated, what was then termed nervous breakdown. No help was available to the poor until their condition worsened to the extent that they could be certified as mentally insane and committed to an asylum for treatment at the state's expense.
Dr Boyle had the insight to understand that early intercession, including treatment for physical problems, by sympathetic female doctors could do much to relieve suffering.
The unveiling at 101 Roundhill Crescent by the City Mayor was preceded by addresses from:-
Roger Amerena, Chairman, Brighton & Hove Commemorative Plaque Panel.
Worshipful the Mayor, Cllr. Alan Robins.
Caroline Lucas MP, (read by Vivien Elliades)
Cast members of "Clean"*.
Rachael Kenny, Dir. Mental Health Services, BHT Sussex.
Anna McDevitt, MIND.
Angelika Wydra, Healthwatch Brighton & Hove.
Hon. Alderman Brian Fitch, Vice Chariman , Brighton & Hove Heritage Commission. 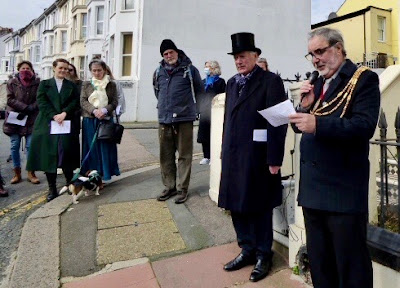 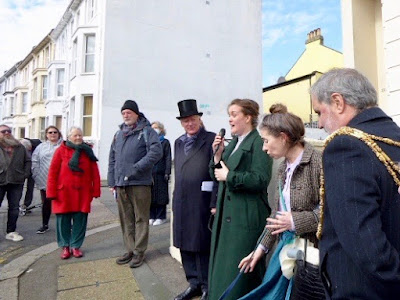 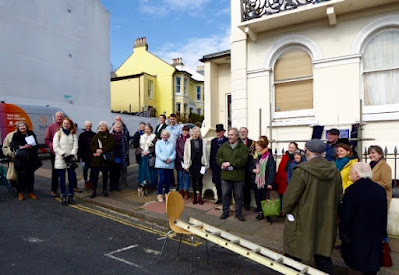 * Clean! The Musical, Brighton Fringe
See also: A Plaque to Dr. Helen Boyle
at 17:59 No comments: