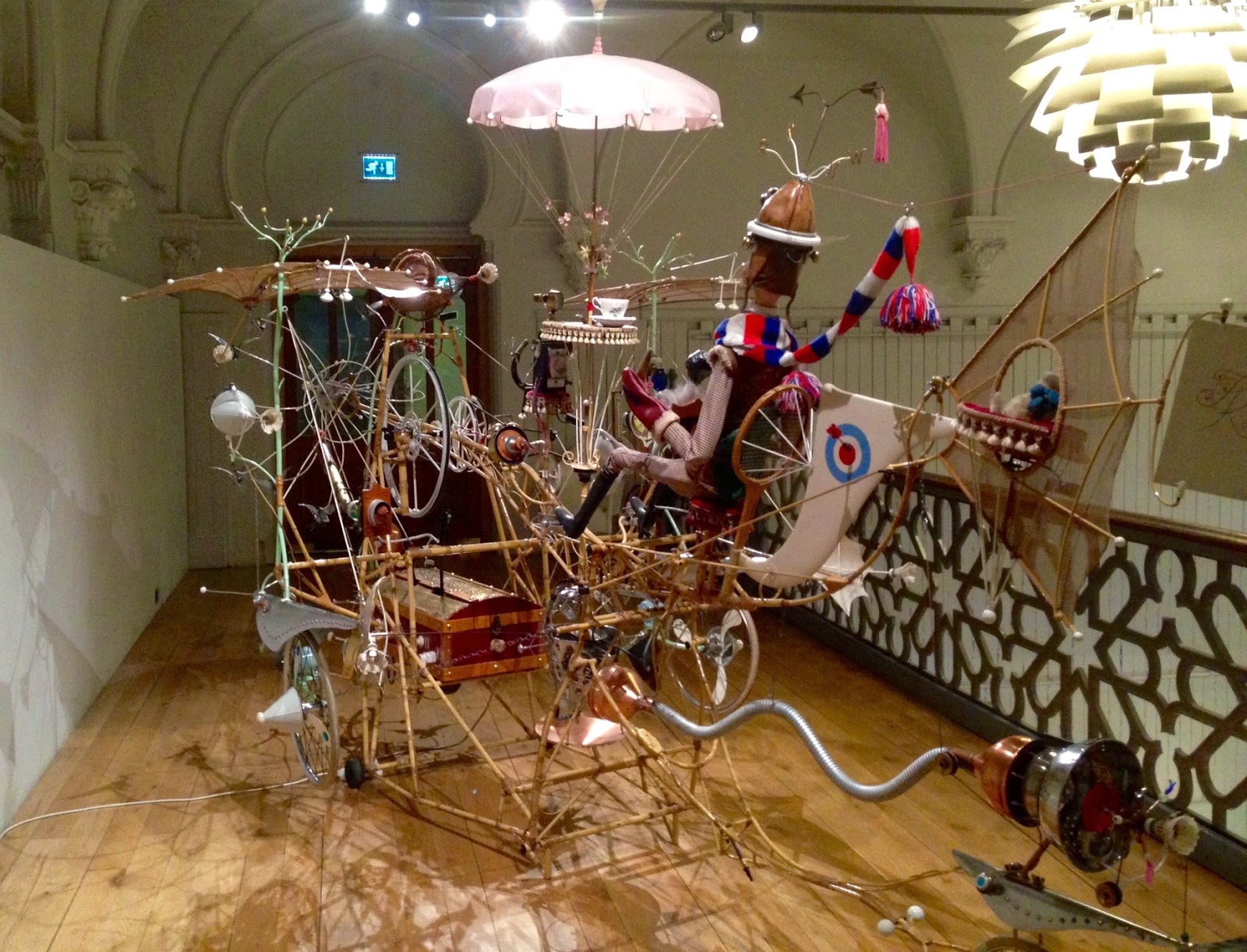 As part of the forthcoming exhibition "The Magical Machines of Rowland Emmett" the Featherstone Kite-flying Machine has swooped into Brighton Museum.

In addition the Exploratory Lunacycle has brought its rock samples to Hove Museum, the Little Dragon Carpet Sweeper is cleaning in the Booth Museum, and the "Fairway Birdie" is playing golf at Ditchling Museum.

In the past there have been a number of ways in which significant people, buildings or events have been commemorated in the City. Brighton Borough Council and Hove Borough Council both operated Commemorative Plaque Schemes, installing one or two plaques each year, until the authority became Unitary in 1997.


Brighton first installed a plaque in 1925. The Regency Society has installed plaques around the city since 1952 and undertaken a detailed audit of the existing 103+ commemorative plaques. Other societies (e.g. Kipling Society, Co-operative Society) have also sponsored plaques. A few have been erected by private subscription.


The plaques are in many different styles and in varying states of repair, some almost unreadable. Brighton Borough Council originally presented them as stone tablets, designed by Eric Gill and subsequently in tablets of slate.

Hove installed metal plaques with a blue enamel finish and the Regency Society have mainly installed blue ceramic plaques not dissimilar to the English Heritage style.

In February 2006 a report was presented to the Tourism & Culture Sub-Committee recommending the formation of a Commemorative Plaque Panel (CPP) as part of a more unified approach to the selection, design, installation and maintenance of plaques. Suggestions for new plaques were solicited from the public and the first meeting  of the Plaque Panel took place in Spring 2006. This Panel was, and still substantially is, formed of the following:-

Initially the Tourism Department, now VisitBrighton, provided a sum of
£1000 p.a. to introduce a conservative scheme. It was expected that this would provide for one new plaque per annum or the refurbishment of one existing plaque. Since 2006, thanks mainly to the generosity of sponsors, the hoped-for number of new plaques has been well achieved and, notwithstanding the current financial constraints on Council spending, the future of the CPP seems assured.

See illustrated page "Commemorative Plaques" for comprehensive list of plaques installed under the aegis of the CPP. 
In Brighton many cobblestone walls were traditionally tarred black, probably to waterproof the mortar to some extent and, with quoins picked out in white or cream. This highlights the historic construction technique and the overall effect is pleasing.


Occasionally cobbles and quoins are left bare. Perhaps this occurs in more expensive properties where the work has been carried out to a higher standard and imperfections do not need to be concealed.

In either case the architectural heritage is preserved.


The modern expedient of painting over cobbles and quoins with one colour, perhaps for reasons of economy, only partially conceals history and  is not a good look

Application BH2015/00491, submitted by the Council, has some helpful visualisations of the hard and soft landscaping works planned for Victoria Gardens, north and south, and the grounds of St. Peters Church.


Target decision date is the 29th June. One hopes the forthcoming elections won't put a spanner in the works . . .
at 15:50 No comments:

No.1 'Millionaires Row', originally the home of the developer Michael Puget Baxter and his wife, has undergone an extensive renovation over the last few years transforming it into a state-of-the-art modern, luxury home. Unfortunately, in the process, it has lost the quirky, castellated roof-line which so instantly signalled its Edwardian origins. Apparently this was on the advice of a planning officer to the architects*. As a result of this the owner now has a building indistinguishable, except for its location, from any of hundreds of other modern houses up and down the country.

No.4, also much modified, has recently come on the market for £4M. See Argus report.

Harold George Turner, 1885 - 1961, started his career in the Brighton Borough Engineer's office in the 1900s. During WW1 he entered the family firm of Box & Turner and in 1920 set up his own architectural practice in Haywards Heath.

By the 1930's his style had crystallised into Sussex farmhouse vernacular, with references to the Arts & Craft showing in windows, chimneys and detailing and in the high quality of the interior fixtures and fittings. 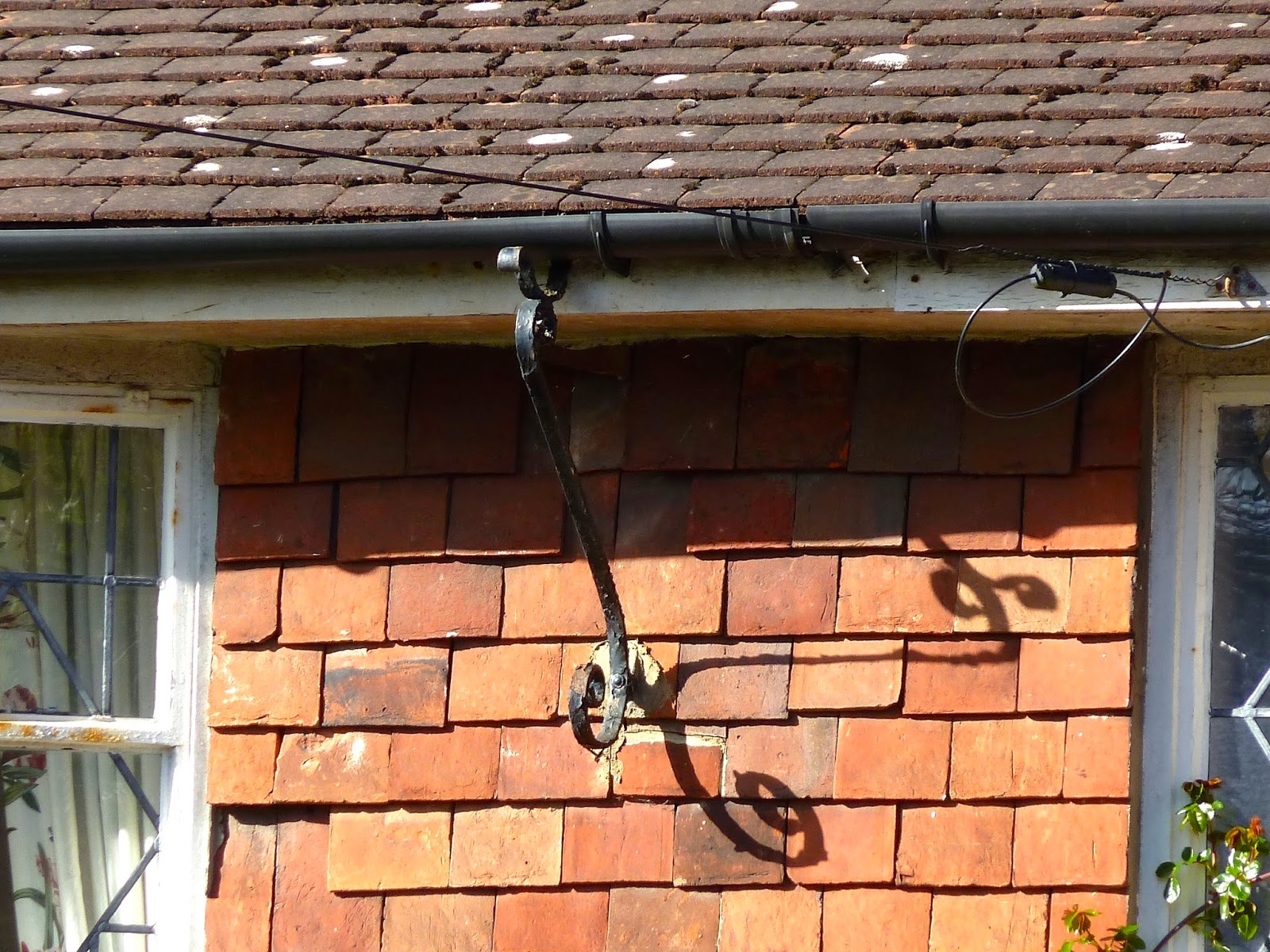 Such was the popularity of Turner's style that his houses are to be seen all over Haywards Heath and in the wider mid Sussex area including Eastbourne. They are always identifiable by the curly gutter brackets that were his signature.


In Brighton & Hove many of his houses can be seen in the Barrowfield estate in the Tongdean CA, a selection of which are shown below. 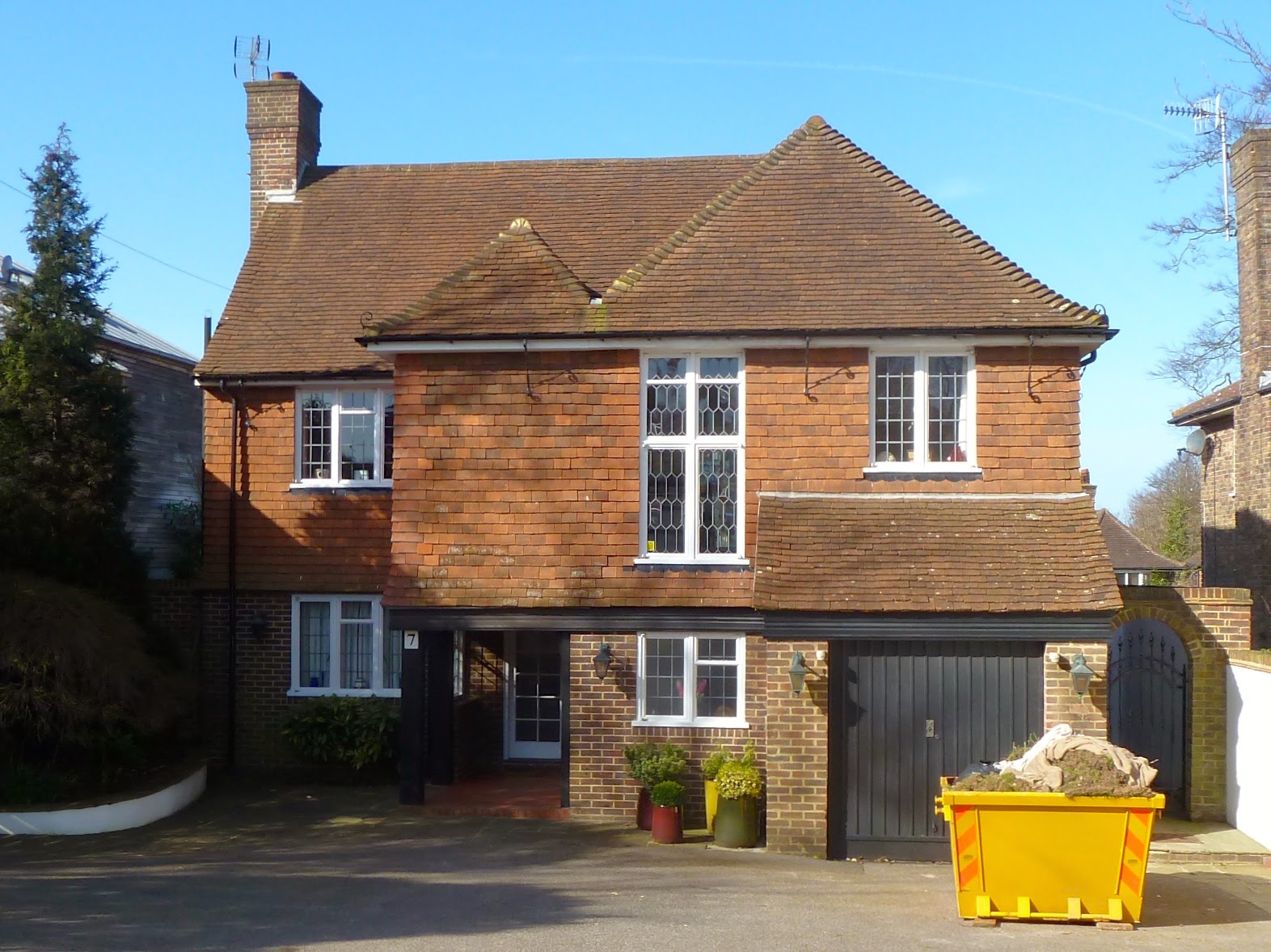 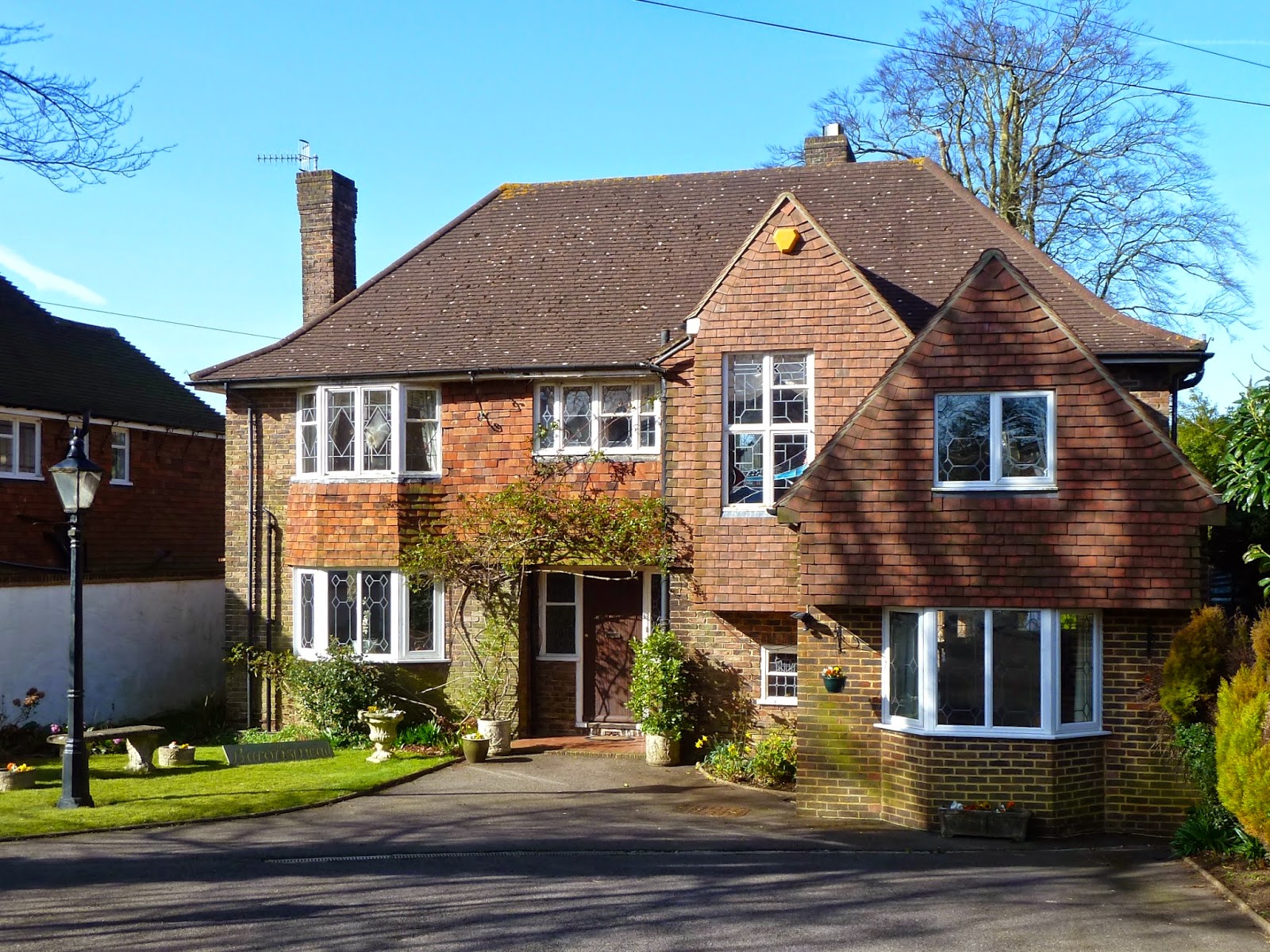 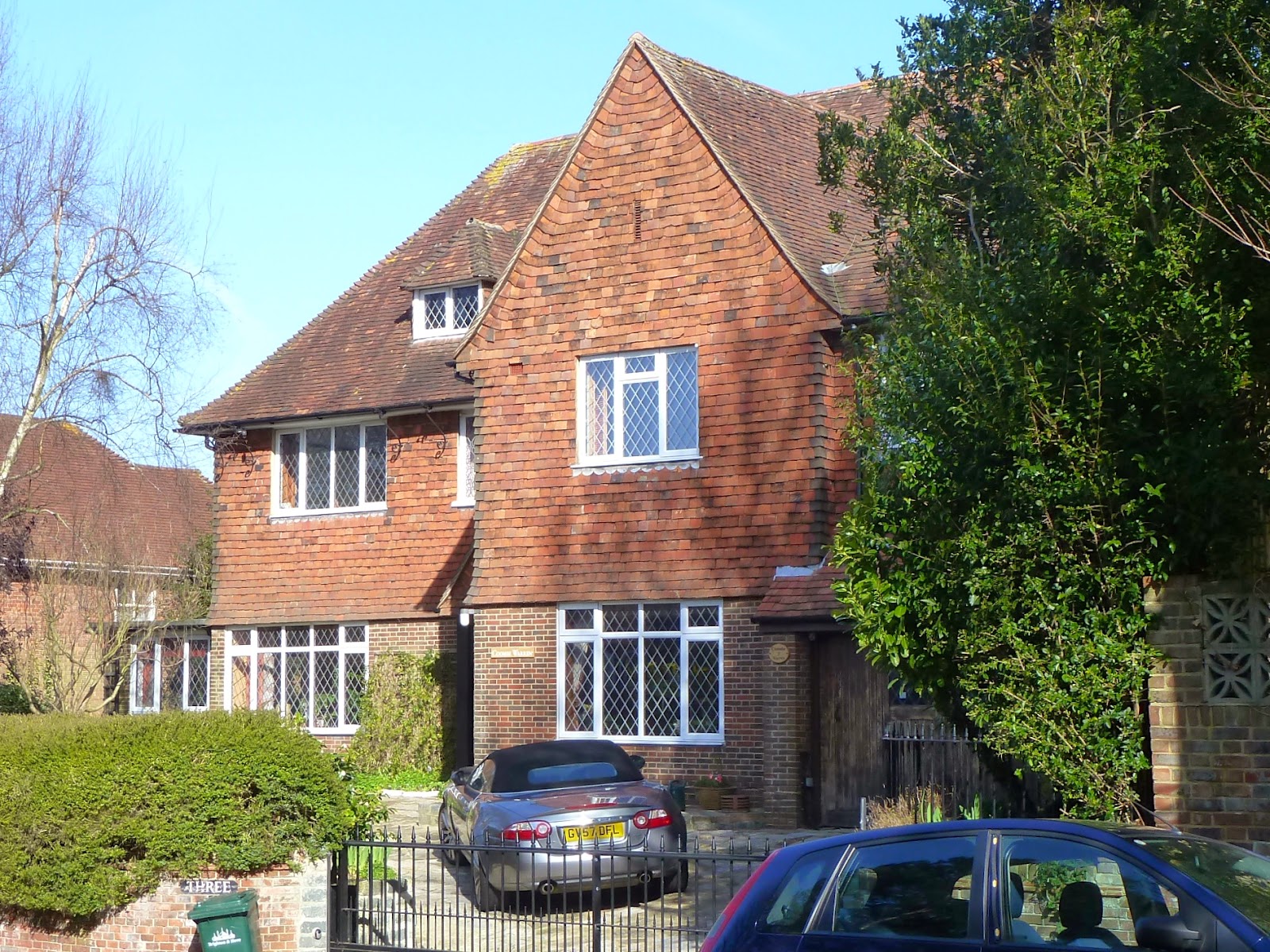 It is difficult to know how much of the original interiors have survived. Perhaps one day a proud owner will include their property on the Heritage Open Days programme? 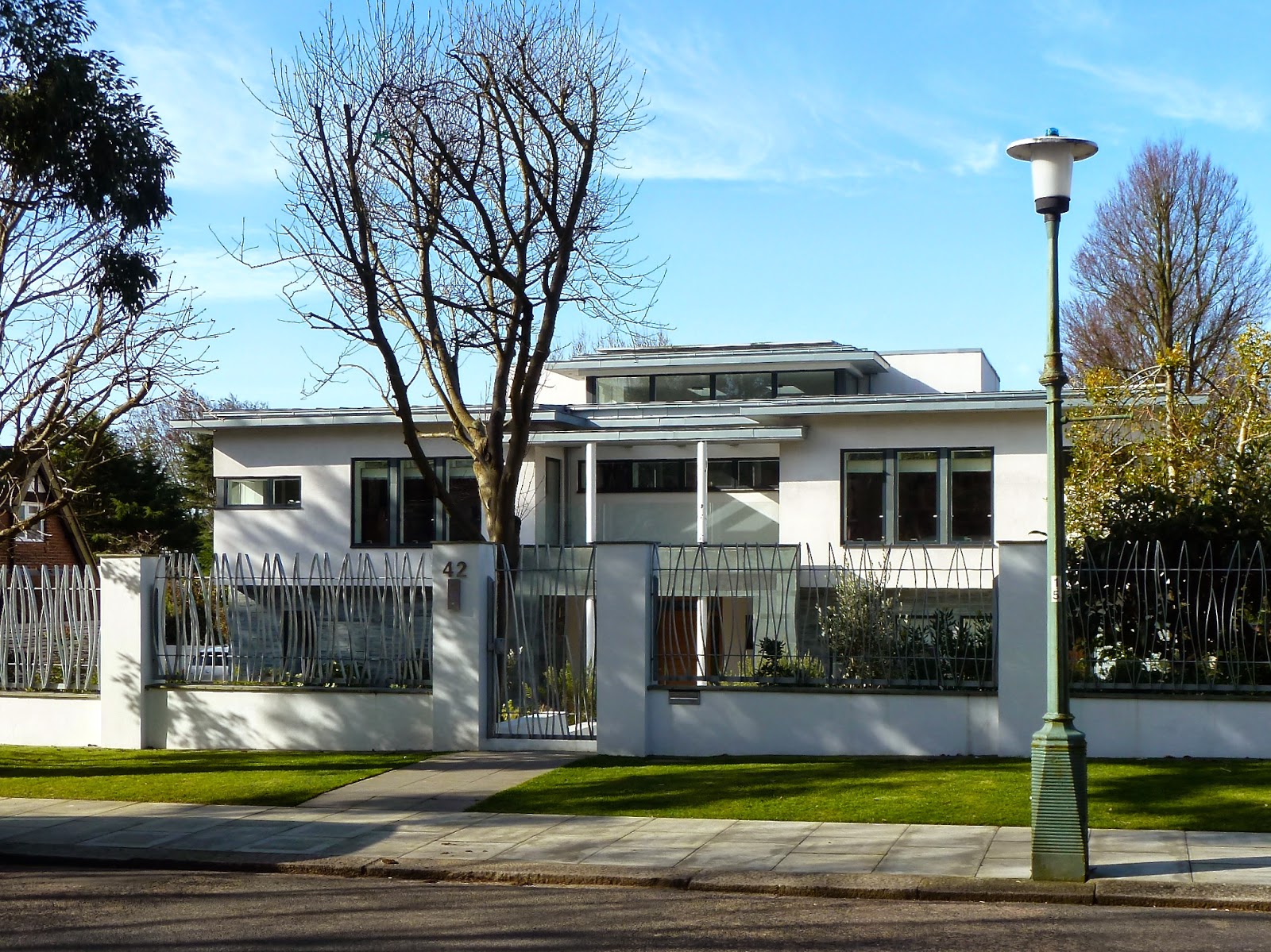