Saltdean Lido CIC to get lease 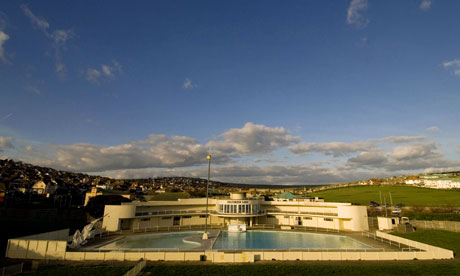 The Lido has been closed since the Lido’s previous operator handed back the keys in June 2012.  The council has spent around £100k on emergency repairs and maintenance.

An earlier report to the council’s culture committee on September 19 named the CIC as the provisional preferred bidder. Freedom Leisure, who manage other council facilities, were named as a reserve bidder.


Chair of the committee and council leader Jason Kitcat said:  “Hopefully the CIC eventually taking over would be the breakthrough we’ve awaited for many years.  They are local and highly enthusiastic people who have been asking long and hard for the opportunity to take it over. I really hope they achieve a fully restored Lido which becomes an asset to the community and I continue to offer them the council’s full support towards that goal.“

The report says the multi-million pound restoration will require the CIC to secure a Lottery grant.  Only once funding is secured could the CIC meet the terms of a lease and properly take over.  Until this happens it is likely that the pools will remain closed.

Saltdean Lido CIC was selected following an open marketing exercise.  Three initial bids were submitted.  These were evaluated by a panel of officers from procurement, finance, legal, property, planning, libraries and leisure departments.

Art deco Saltdean Lido, by architect RWH Jones, was built in 1938 and is Grade 2-star listed by English Heritage. 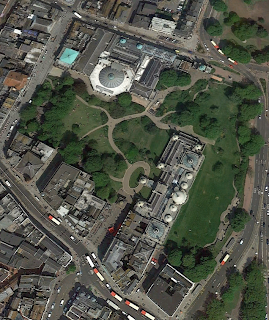 Following  press releases on 14th November by the Council/Dome/ Festival and words from Cllr Geoffrey Bowden at the E.D.C.C. meeting at Hove Town Hall a number of concerns were expressed about the early plans for the RP estate. These concerns were detailed on the facebook page of the Pavilion Gardens Café, which has been run by the Sewell family for over 70 years. The concerns are reproduced below with corresponding responses from Brighton Dome in italics.


1. The gardens will be totally fenced off.
This is the opposite of our intentions. In fact we want to open up the Royal Pavilion Garden not shut it off. The security needs we have identified are that we need to be able to secure the garden in very late hours/early morning should this be necessary to prevent the current levels of anti-social behaviour which cause damage to the *Grade II listed Garden and threaten the safety of the Historic Buildings.

2. They will charge you to enter for events (already confirmed).
Only occasionally, large cultural, ticketed events we would like to hold will be held in the gardens encouraging more people to engage with its heritage. This will never be the default position and the Estate will be open widely just as it currently is.

3. They will charge you or visitors to enter the gardens daily.
This is incorrect - the gardens will remain a free resource for both local communities and visitors to the city.

4. They will demolish the Pavilion Gardens Cafe.
Our current thinking is that the best solution would be a visitor welcome centre which would include a café. We met again with David Sewell and Friends of the Pavilion Garden Café last week to look at the potential options for a new building to house the café as part of planning for the future of the Royal Pavilion Estate. Consultation with the Sewell Family is ongoing with the aim of reaching an agreed plan to improve visitor welcome and to preserve the Estate’s long term future.

5. They will construct a building on New Road as a retail shop i.e.new Pavilion shop for income and another to house a Cafe like the one at the level with a few indoor tables and a very limited patio. I emphasis NOT RUN BY US.
Early concepts include the consideration of a new visitor welcome building at the New Road entrance to the Estate which would include visitor facilities that would include; toilets, bag and coat storage, ticketing, and a cafe facility that could be operated both indoors and outdoors. This would open up the Estate, as we would like to give a more compelling sense of arrival to the more than 1.2 million visitors from our local communities and around the globe who come here year on year. As above, we are in consultation about options for a new building with the Sewell family.

6. At least three mature Elm trees (two Himalayan & one Jersey) will be cut down at the back of us bordering New Road.
This is incorrect, no historic trees will be removed and we will be actively developing our plans to ensure no protected trees are affected either on the surface or via their roots.

7. John Nash's restoration in the 80's and 90's will be ruined in the cafe area even though the RP say the opposite. (I have the facts).
This is incorrect. The café area is not part of Nash’s work not was it part of any 80’s or 90’s restoration. We want to be more faithful to the Nash Regency design not less.

8. Residents on lunch breaks, students and school children will not be welcome unless they pay.
The Estate will be more welcoming and accessible to everyone so that more people will come and enjoy the gardens during school trips, on weekend visits or on lunch breaks. No one will have to pay. The project will actually extend our existing cultural and creative learning programmes to people of all age groups.

9. The other consequence will be New Road will become their main gateway into the Estate and they will fence off and close the other entrances so there will be no thoroughfares through the gardens on your way to work etc.
This is incorrect. Part of the vision is to have a better entrance which truly welcomes people onto the estate from New Road. It also includes the preservation and use of all other entrances as well as enabling us to restore, repair and maintain our Grade 1 and Grade 2 listed buildings.

10. The Royal Pavilion Estate in effect will be privatised and controlled i.e. the general public wont be welcome obviously unless they pay.
This is incorrect. Our aim is to open up the Estate to vastly improve on accessibility, as well as sustainability.

11. This as they constantly say will stop anti social behaviour in an instance and give income and as they say sustainability.
The vision includes some ideas about how events – particularly free entertainment - could be held in the gardens to discourage anti – social behaviour and encourage more people to use the gardens in the evenings for positive activities rather than those that create problems and cause damage to the Nash restored Garden. The gardens are a delight for the city but they could be significantly improved so that they aren’t misused, rubbished or damaged as they are now.

The Royal Pavilion & Museums and Brighton Dome & Brighton Festival are coming together in wonderful cross cultural partnership to reinvigorate and reconnect this historic Estate. This heritage is in real need of preservation and the city’s cultural, creative and economic future depends on a plan that makes it possible for the Estate to live up to it’s potential as a world-class cultural and heritage facility for all to enjoy. Our vision is one which will transform visitors’ and our local community’s experience of the estate and properly conserve its historic fabric for future generations.
*The garden of the Royal Pavilion is a grade II garden included on the English Heritage (EH) Register of Parks and Gardens of Special Historic Interest in England and is therefore of national interest and significance.
at 22:25 1 comment: 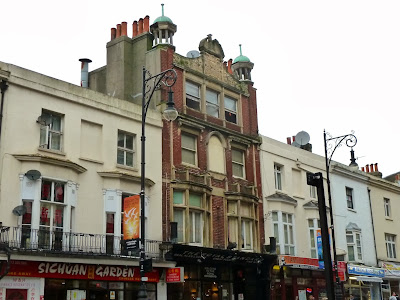 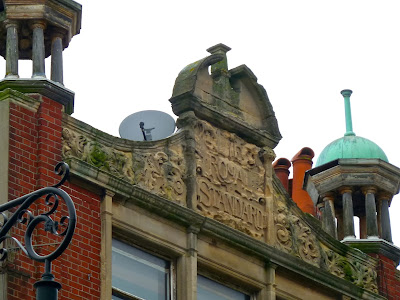 This fine Victorian pub in Queen's Road was built c.1857 so no wonder it is showing signs of age.  And, after it was  covered in scaffolding for several months recently, I was looking forward to seeing a splendid restoration job.

I was doomed to disappointment; the only visible difference seems to be the removal of one of the cupolas. Maybe it's just the first stage and it's away being repaired . . .? 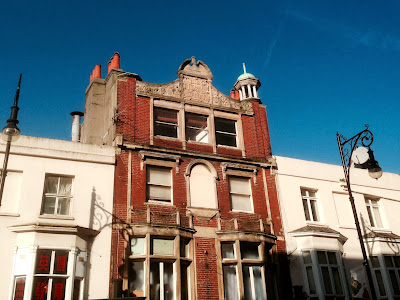 
The Brighton lifeboat station, was established in 1824 in a cave in the cliff near the then new Chain Pier. It is said to be the first in England. no doubt it had to vacate this site with the start of the construction of the great Madeira sea-wall in 1830. Lifeboats then continued to operate from a variety of locations along the seafront ending up at arch no.111 now occupied by Brighton Sailing Club. A now unreadable plaque on the wall between arches 109 & 110 records the Robert Raikes, RNLI lifeboat of 1867 partly financed by pennies collected by Brighton Sunday School children. This arch was vacated in 1932 and for a number of years Brighton was covered by the offshore boats at Shoreham & Newhaven.

In 1965 an RNLI inflatable returned to a station just to the east of the Palace Pier and was removed to a pontoon in the partly-completed Marina in 1976. 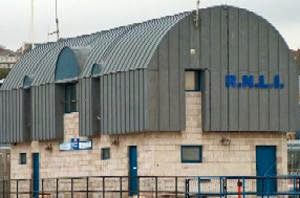 Christmas on the Level. 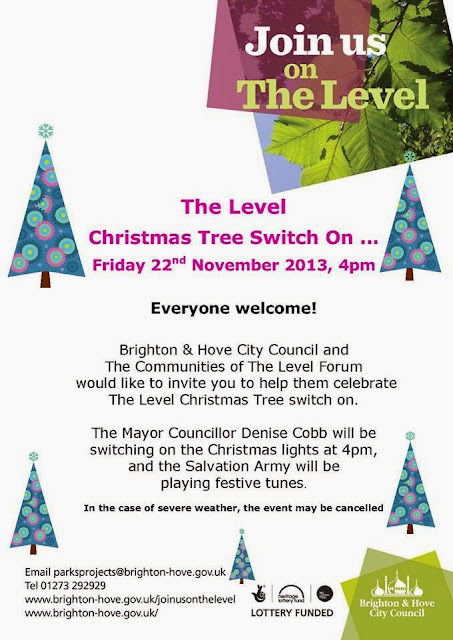 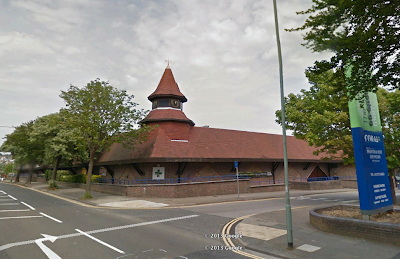 SaveHove reports that Waitrose is to acquire the Neville Road, Hove, Co-op Superstore.

The Co-op will continue to trade at the site until 13th March 2014.  All 80 Co-op employees will be offered the opportunity to become Partners in the John Lewis Partnership.  The branch will then close for about 4 weeks to enable conversion and for employees to receive their inductions as Waitrose Partners.  Additional job creation is planned.  As  I hope everyone knows, all employees are also Partners when they work for Waitrose/The John Lewis Partnership, with a say in how it is run and with a share in profits. Full report here.

Email ThisBlogThis!Share to TwitterShare to FacebookShare to Pinterest
Labels: facilities, shopping
Location: Hove, The City of Brighton and Hove, UK

The Public Inquiry held in July this year was called by the council to seek independent advice on the balance between the benefits of the council’s proposed ‘Old Town Transport Scheme’ and the interests of the objectors.

After hearing evidence from council officers, residents, businesses, and pedestrian charities, the inspector supported the following proposals:-
Council officers will develop proposals for Little East Street further to determine an alternative design for the road. Initial proposals to close a section of Prince Albert Street will also be looked at again once the impact of other measures in the Old Town have been assessed.

A proposal to close Boyce’s Street to through traffic, supported by businesses, residents and Middle Street School, was agreed before the public inquiry and will go ahead as planned.

The proposals considered by the inspector were drawn up following consultation with residents, businesses and visitors. The scheme follows on from improvements already made to King's Road between Middle Street and Black Lion Street.

Lead Member for Transport, Ian Davey said: “Our plans for the Old Town proved popular in the public consultation and are similar to improvements seen in historic city centres around the world. They look set to maximise the potential of one the city’s best loved areas by making it more attractive and comfortable for visitors.”

The proposals will go to the Environment, Transport & Sustainability committee for final approval in January. Implementation could begin shortly after that.

The latest proposals for the new Hannington Lane development, application no.BH2013/00710, acknowledge the spot-listing in September of 15 North Street, (Timpsons) and drop the earlier requirement for its demolition. The drawings still refer to a North Street link but it seems this would only be via the existing very narrow passage way to the east of Timpsons and will probably not be suitable for public use.

However, the earlier ‘Puget’s Cottage, behind Timpsons, and also listed grade II in September, will be opened up to public view by the demolition of much later unsympathetic buildings fronting Hannington's service yard. The setting of the Cottage will be enhanced and have a positive impact on the whole streetview.

Hannington Lane
at 17:06 No comments: