BHCC is launching a public consultation on proposals to enhance and improve Stanmer Park. This follows on from a successful Heritage Lottery Fund bid.

Residents attending the exhibitions can find out about proposals for the walled garden, entrance, parkland and plans to make the park more accessible to all. There are also plans to explain the heritage of the park to visitors and provide more ways to volunteer and be involved.

Residents can make their comments at the exhibitions or online through the council’s consultation portal.

Find out more about the Stanmer Restoration Project at www.brighton-hove.gov.uk/stanmerproject

In July 2014 the council made two applications for Heritage Lottery Funding for Stanmer Park. They were a ‘Heritage Grant’ application to renovate Home Farm, and a ‘Parks for People’ application to restore the Walled Garden and other parts of the Stanmer landscape.

The applications were made as part of a wider, long term plan to restore Stanmer Park.

The Heritage Grant application was unsuccessful, but the Parks for People application resulted in the council being awarded £297,000 to develop proposals. Work is now underway to draw up a final application for stage 2 funding to be submitted by August 2016.

Stanmer Park is a working landscape which includes farming, grazing and food growing. It is also home to residents living in Stanmer Village and a base for several businesses, including the council nursery, South Downs National Park Authority offices and community groups and organisations.

Brighton to become the UK’s first ‘twats only’ town 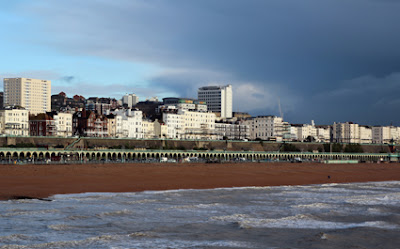 The Sussex town, which had increasingly become an overpriced dormitory for London media workers and grizzled ‘big beat’ DJs, is to take the bold step of excluding anyone who does not have a glaringly flawed personality.

Read more: Brighton to become the UK’s first ‘twats only’ town
at 21:55 No comments:

Email ThisBlogThis!Share to TwitterShare to FacebookShare to Pinterest
Labels: humour

Network Rail Infrastructure, bless them, are proposing the creation of an intriguing new restaurant space in the south-east corner of the Brighton station site. Planning application BH2015/04391 refers.

In this area in the 1880s, as part of the general expansion of goods services, a Parcel Office was constructed on 4 massive cast-iron columns together with a goods lift on the north side. This Parcel Office now serves as the Travel Centre and until fairly recently the nearly cubical space defined by the support structure was occupied by a vintners.

It is now proposed to entirely renovate and glaze this space to form a restaurant. During this work modern additions would be removed and Victorian features restored and revealed. Such features include the arcaded east wall of the old cab road, which will have its arches fitted with back-lit casement windows; windows on to the disused staircase, and on to the former goods yard; the brick jack-arched ceiling, and the goods lift cab.

The outside area will be landscaped with granite setts and red-brick edgings.

One wonders if Network Rail will now be persuaded to open up the old staircase to allow easier access from the station concourse to the new restaurant and North Laine.

It does look bad and I'm not convinced that there was any real safety issue here. In fact the foliage helped to obscure headlight glare in some directions thus improving visibilty.

However the shrubs and trees have not been removed but cut back to the base. I suspect that, by the end of this growing season, when the stumps have produced new foliage, people will be wondering what all the fuss was about.
at 13:16 1 comment:

. . on the King Alfred, the Marina, Hove library, Hove Town Hall and parking in Wish Ward. 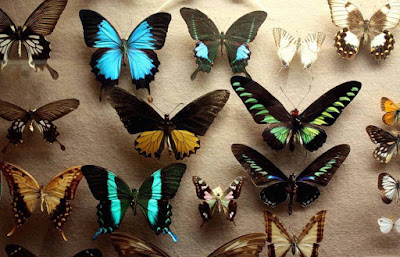 There are no plans to close the Booth Museum of Natural History. Brighton & Hove City Council wants to see all its museums thrive and put on a sound financial footing for the future; there is no doubt that we face significant financial challenges but no proposals have been put forward to close any of the museums.
at 11:20 No comments:

Email ThisBlogThis!Share to TwitterShare to FacebookShare to Pinterest
Labels: Council, museum
Location: Brighton, The City of Brighton and Hove, UK

Includes an interesting explanation of the function of the perforated cladding. 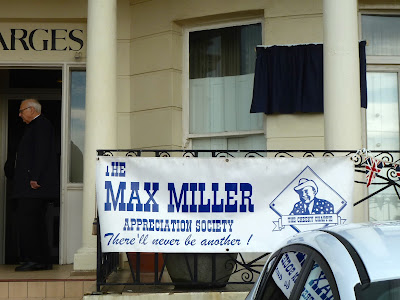 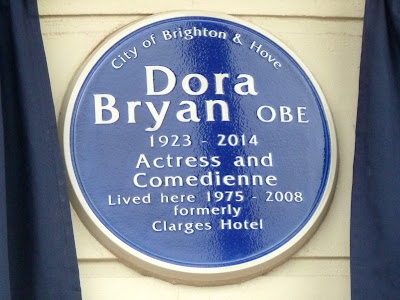 A Blue Plaque commemorating much-loved Dora Bryan was unveiled today at 117-118 Marine Parade, the former Clarges Hotel. It was funded by an appeal by the Max Miller Appreciation Society (MMAS) and excess funds were donated to the Alzheimer's Society.

Humorous addresses were given by Wyn Clavin,Vice-President of the MMAS; Roy Hudd, President; the City Mayor, Cllr.Linda Hyde; Michael Aspel, and other former colleagues of Dora.

The unveiling was performed by Roy Hudd assisted by Dora Bryan's son.