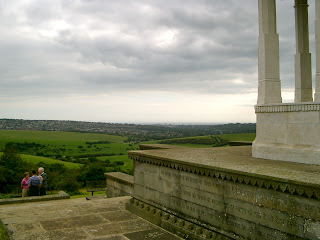 At midday today a new war memorial, built by the Commonwealth War Graves Commission, will be unveiled,  which bears the names of 53 Indian soldiers who died during the Great War.

The Chattri, completed in 1921 was largely the work of the then Mayor of Brighton, Sir John Otter, who had intended that the names of all who had been cremated there should be engraved on the monument. However with records dispersed after the Great War this was not found possible at the time and has only now been implemented thanks to the dedication of the CWGC.

The unveiling of the new memorial is being filmed as part of a new education resource being prepared by the Commonwealth War Graves Commission, which examines the often overlooked contribution of servicemen and women from India during the two world wars.  This education pack will be released in October 2010.
at 14:42