Brighton & Hove "on the rise" 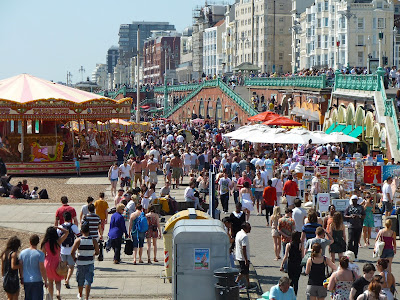 Brighton & Hove has been named one of the best tourist locations in the world by users of travel website TripAdvisor.

Brighton & Hove features twice in the TripAdvisor Travellers’ Choice™ awards for Destinations on the Rise for 2016. The awards highlight destinations that have seen the greatest increase in positive feedback and interest from the TripAdvisor community, year-after-year.

Email ThisBlogThis!Share to TwitterShare to FacebookShare to Pinterest
Labels: people, seafront, visitors
Location: The City of Brighton and Hove, UK