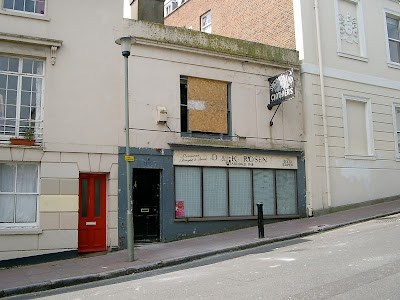 Rosen's, father & son, secondhand clothiers at the top of Church Street, satisfied a need in Brighton for nearly 100 years. Both the building and the trade plied there seemed to hark back to a different, almost Dickensian age. Certainly the packed rails outside and its stuffed interior always called to mind some of the Victorian shops minutely described in Dickens' novels.

In considering redevelopment, the Council planning department was originally keen to keep as much of the original structure as possible, but when work started it was found that the Church Street facade was in a dangerous condition and had to be demolished. So now it is gone. 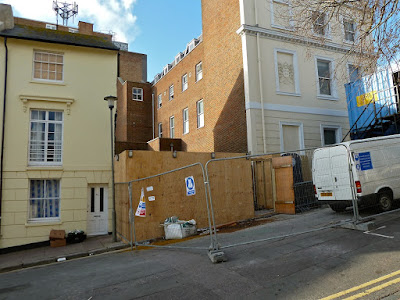 The latest approved planning application BH2010/02604 covers partial demolition of the building and rebuilding and replication of the front façade; the retention of the rear façade with a two storey rear extension, and between the facades the erection of new structure comprising shop with ancillary office storage at ground floor level and 2 two bedroom flats above. 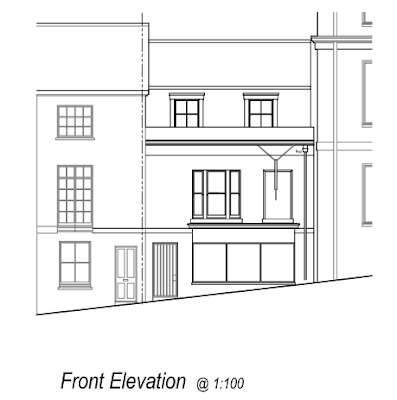 The drawings show that the front parapet will be preserved but the dramatic effect of the former variation in roofline will be diluted by the addition of a dormer storey.

It is interesting that 36 Church Street was, and will remain a 'semi-detached' property. There is a small gap between its west wall and that of the property on the corner of Queens Road, formerly the Windsor Castle inn.