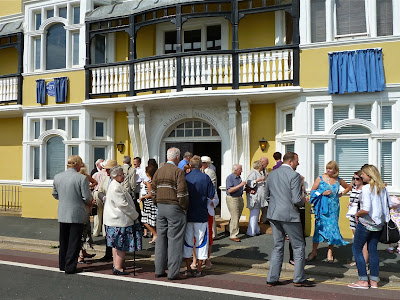 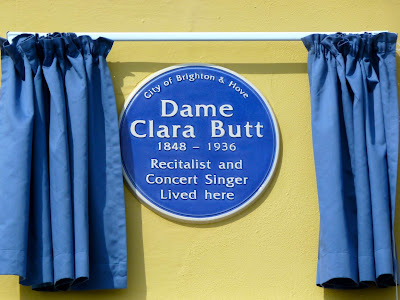 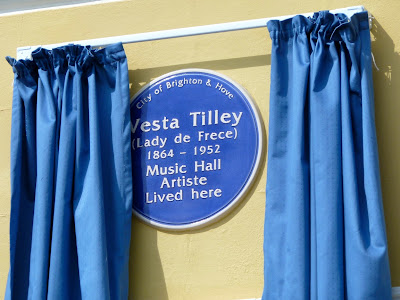 On Friday 19th August, in brilliant sunshine, the Deputy Mayor, Cr. Geoff Wells unveiled plaques to St. Aubyn's two famous residents; the contralto Dame Clara Butt and music hall entertainer Vesta Tilley. The unveiling was attended by Nigel Divers of the Southwick Society, and Chris Jaegar of the Vesta Tilley Society who provided some fascinating insights into the lives of these performers.

Dame Clara Butt was born in Southwick and there was once a plaque to her there, but it disappeared when properties were demolished some years ago to widen the A259. That particular area is such an industrial no-go area now that there would have been little point in replacing the plaque there.  St. Aubyn's is an ideal substitute.

Vesta Tilley, first appeared on stage aged 3, and later often appeared at the Brighton Hippodrome. She is the performer most credited with cementing the role of pantomime "Principal Boy" in the public's affection.

The plaques were financed by contributions from the residents of St. Aubyns and certainly enhance and add extra interest to this elegant late victorian building.