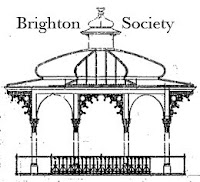 The Brighton Society has written to the Heritage Lottery Fund supporting the City Council's application for funding:-

25th August 2011
"The Brighton Society wish to support Brighton and Hove City Council’s application to the HLF for funding to restore and enhance The Level.


The formal gardens at The Level were designed and implemented by Captain Maclaren who was Superintendent of Brighton’s Parks and Garden’s in the 1920’s. He was an extremely dynamic character who designed and created a series of innovative gardens at many locations in the town. He was responsible for the Sunken Gardens that ran along the seafront either side of the West Pier. Images of these gardens were used extensively at the time to publicise the town as a holiday resort and they can be seen in the iconic 1930’s posters of Brighton’s sea front.


Other Maclaren projects were the Rockery opposite Preston Park; remodelling of Preston Park by the removal of boundary railings and the creation of a rose garden with fountains; the Peace Garden at Patcham. He prepared visionary designs for a lake with terraces along the London Road and a major new design for the Aquarium Terraces. The Sunken Gardens have now gone and other gardens have been altered over the years. To some extent, the legacy and importance of Captain Maclaren’s work has been forgotten.


The formal gardens at the Level were one his best designs. His use of pergolas covered in roses, surrounding the intricate bridges and ponds, created a very restful and atmospheric park. The photographs of the gardens in their heyday between the wars are stunning and the council again used these images to publicise the town as a holiday resort. Sadly the gardens have declined in recent years and many of the stone columns were toppled during repeated acts of vandalism.


Restoration of the gardens would provide a much needed public space in this area of the town and would highlight the importance of Captain Maclaren’s contribution to the development of the Parks and Gardens in Brighton.


The Level is adjacent to the London Road shopping area which has also suffered a decline with shop closures and major problems with the Open Market. The proposed redevelopment of The Level with the restored gardens and lighting, new catering and related facilities, new sunken skatepark and rearranged access paths would provide a high quality public space which would help to regenerate the area – perhaps the trigger to turn around the problems of the area.


We are very supportive of the proposal to surround the formal gardens with improved seating, a café and children’s play areas which will be of a scale to not detract from the appearance of the gardens. The provision of the children’s play areas will of course reflect the original aim of Captain Maclaren to include children’s play areas adjacent to the gardens. Moving the skatepark to the other side of the east-west rose walk removes the problem of accommodating the much larger scale of skatepark equipment next to the delicate scale of the formal park. Well designed skateparks built below ground level have been successfully created at many locations and they have the great advantage of being less obtrusive and with lower noise levels. The space allocated in the northern section of the level has the potential of providing a greatly enhanced facility and careful design and landscaping should minimize its visual impact.


The consultation process carried out by the council over the last year has been impressive. A considerable number of households in the immediate vicinity were provided with detailed information on alternative options. The project also received city-wide publicity and comments were welcomed from interested amenity societies, community groups and individuals. The resulting 2:1 ratio in support of the proposed scheme to move the skatepark into the northern section of The Level shows a significant level of support for this option. The Brighton Society is gratified with this outcome as we have always felt that the restored gardens needed to be surrounded by facilities sympathetic to the appearance and scale of the gardens.


The Brighton Society has been concerned for many years about the decline of The Level and the great need to bring the area back into use as a pleasant and well used public space. There is an obvious need to enhance the whole of The Level. In so doing the restoration of the formal gardens would also acknowledge the historic importance of the works of Captain Maclaren. We therefore fully endorse the application of Brighton and Hove City Council and would encourage the HLF to support this proposal that could be so vital to regenerating this area of the city."


Previous post on the Level:- View of the Level