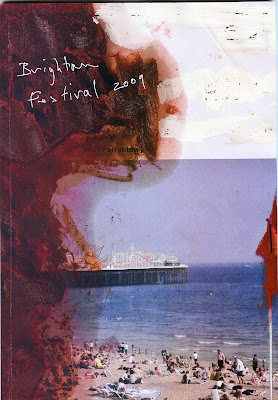 Just over three years ago the first post on Brighton Bits was motivated by the simple desire to have a quick moan about the cover design of the Festival programme.  The guest director that year was Anish Kapoor and I likened his design to a "tide of gloom creeping over the city", suggestive of a then threatening recession. It may have been prophetic!


Mr Kapoor's other contributions to the 2009 Festival were more stimulating and he has since gone on to have an exhibition at the Royal Academy. One of his latest works is the landmark sculpture for the Olympic Park, "ArcelorMittal Orbit", see below. 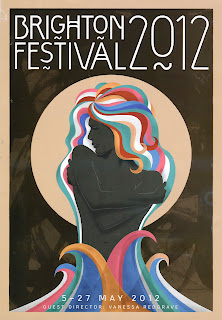 The cover for this year's programme is attractive and uncontroversial. It is based on a photograph by Victor Skerebneski of Vanessa Redgrave, this year's Guest Director. The design of cover image and programme is by  Harrison & Co. of Marlborough Place, Brighton.