A John Lewis for Brighton 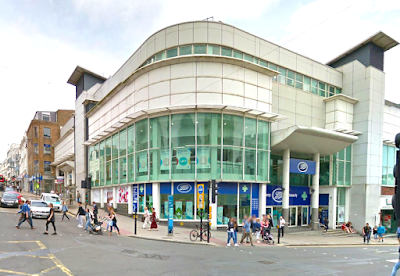 John Lewis have long expressed an ambition to have a presence in Brighton and, in December 2014, they acquired the conspicuous corner property, 129-133 North Street, occupied by Boots.

Now, prior to submitting a planning application later this year, John Lewis are holding an exhibition of its plans and inviting the public to share its views on their proposals.

If plans are approved, the new shop would provide in the region of 250 new jobs.

John Lewis operates 45 John Lewis shops across the UK (32 department stores, 11 John Lewis at home and shops at St Pancras International and Heathrow Terminal 2) as well as johnlewis.com. It is part of the John Lewis Partnership, the UK’s largest example of worker co-ownership and all 30,000 John Lewis staff are Partners in the business. John Lewis, ‘Best Clothing Retailer 2015’ , ‘Best Electricals Retailer 2015’ and Best Homewares Retailer 2015’’¹, typically stocks more than 350,000 separate lines in its department stores across fashion, home and technology. Johnlewis.com stocks over 280,000 products, and is consistently ranked one of the top online shopping destinations in the UK.
at 12:01