Save the Saltdean Lido Campaign- latest 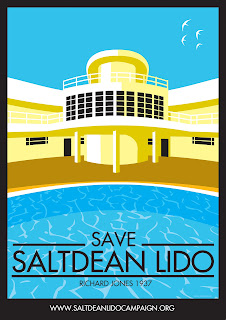 Hundreds of people are expected to attend the meetings which will give local residents and other interested people a chance to discuss a report about the lido site which Brighton and Hove Council are issuing on Monday 28 November.

This report, which will outline the key issues and options available to the Council, will be discussed by the Culture, Recreational and Tourism Cabinet meeting on Tuesday 6 December.  Ms Crook, the Chair of the Lido campaign, has been invited to speak for three meetings at this meeting as have the Saltdean Residents’ Association, the Saltdean Community Association and Dennis Audley, the leaseholder of the site.

On December 4 the Save Saltdean Lido campaign will discuss the options which council officials have laid out in the report and raise a number of other urgent issues regarding the site.  It is intended to continue its policy of fully involving the community to secure a clear mandate for action.

Last month, at the Full Council Meeting of Brighton and Hove Council, the Save Saltdean Lido campaign group presented a petition signed by almost 3,000 people which asked the Council to commence urgent proceedings and pro-active action against the current lease-holder of Saltdean Lido to maintain the building and comply fully with the terms and conditions of the lease.  The petition went on to state that if there is failure of compliance, signatories immediately expect the Council to revoke the lease with forfeiture.

The Campaign group have stated that the pool was not open daily this Summer as the lease states and neither has the building been maintained to a satisfactory standard to provide sufficient community facilities.
See also:- http://www.saltdeanlidocampaign.org/