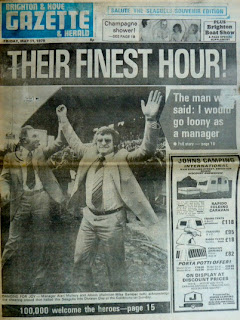 A quick look back:-

Last time it had taken 78 years to get into Division One when, on Saturday 4th May 1979, the Albion played Newcastle away and beat them by 3 goals to 1.

The Manager then was Alan Mullery.

After the match Chairman Mike Bamber said:  "Our ground* is absolutely fourth division. I would like to say to everybody, 'Let's get behind the club so we can have a first division stadium.'" 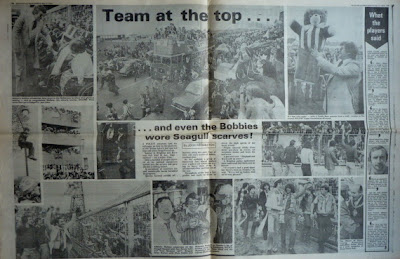 This time it has taken just under 32 years to reach the Championship, and at last they have a fine new stadium. Maybe if they had had a new stadium to go to in 1979 they would be in the Premier Division by now.