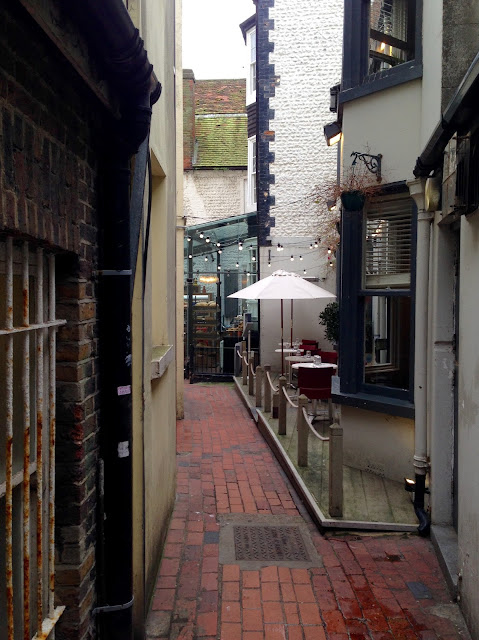 "Twitten is an old Sussex dialect word, used in both East and West Sussex, for small passageways leading between two buildings to courtyards, streets, or open areas behind. Its origins are not clear, it is suggested it may be a corruption of ‘betwixt’ and ‘between’. It is early 19th century and is perhaps related to the low German ‘twiete’, meaning an alley or a lane."

Email ThisBlogThis!Share to TwitterShare to FacebookShare to Pinterest
Labels: twitten