Philip Speakman Webb (12 January 1831 – 17 April 1915) was the architect of William Morris's Red House in Bexleyheath and is sometimes called the Father of the Art & Craft movement in English architecture. 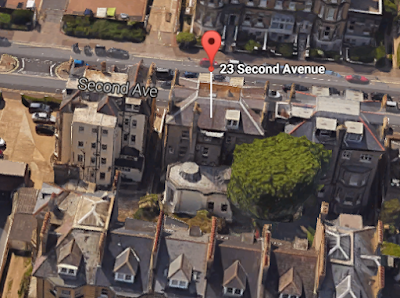 Webb is also said to be the designer of an extension to 23 Second Avenue, Hove.

Judging by the Google Earth view there is certainly something out-of-the-ordinary about its appearance.