The Wall of Windows 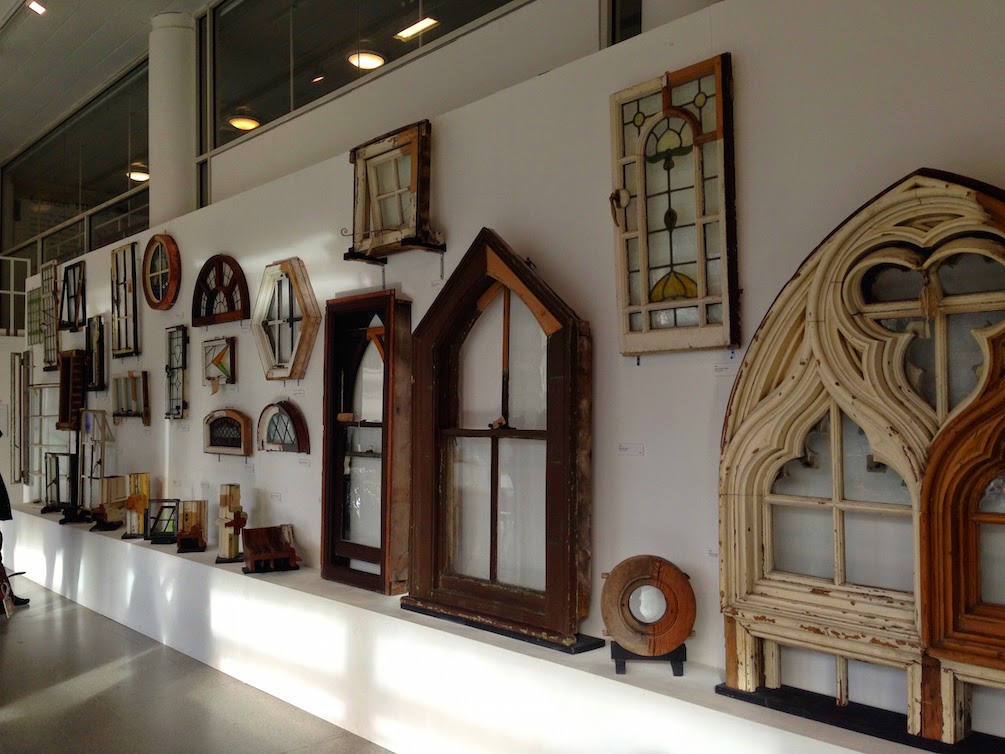 At the University of Brighton in Grand Parade the Brooking National Collection is displaying four centuries worth of windows, ranging from a 17th century wrought-iron casement window from a Hampshire farmhouse,  to a 1960s window from the Tricorn Centre, Portsmouth, designed by Sir Owen Luder.  For the exhibition 68 key items were specially selected from the 500,000 items + that comprise the collection. They include a pine window from Windsor Castle designed by Sir Jeffry Wyatville, a Gothic Revival window from the Tower of London and details associated with well-known figures such as Sir Alfred Hitchcock and celebrated actor and playwright, David Garrick.


The remarkable Charles Brooking  is an architectural historian and consultant based in Cranleigh, Surrey. Collecting items since his boyhood, he established a small museum in his own home and, in 1985, created a Trust to preserve it for posterity. In 2013, it became a registered charity with the aim of preserving the physical detail of the UK’s built environment, and to demonstrate the craftsmanship involved as well as the social layering of British society.

The exhibition is sponsored by the Brighton & Hove Heritage Commission. It is open until 10th April and is well worth a visit for anyone with an interest in architectural history or amazing craftsmanship.
at 17:02