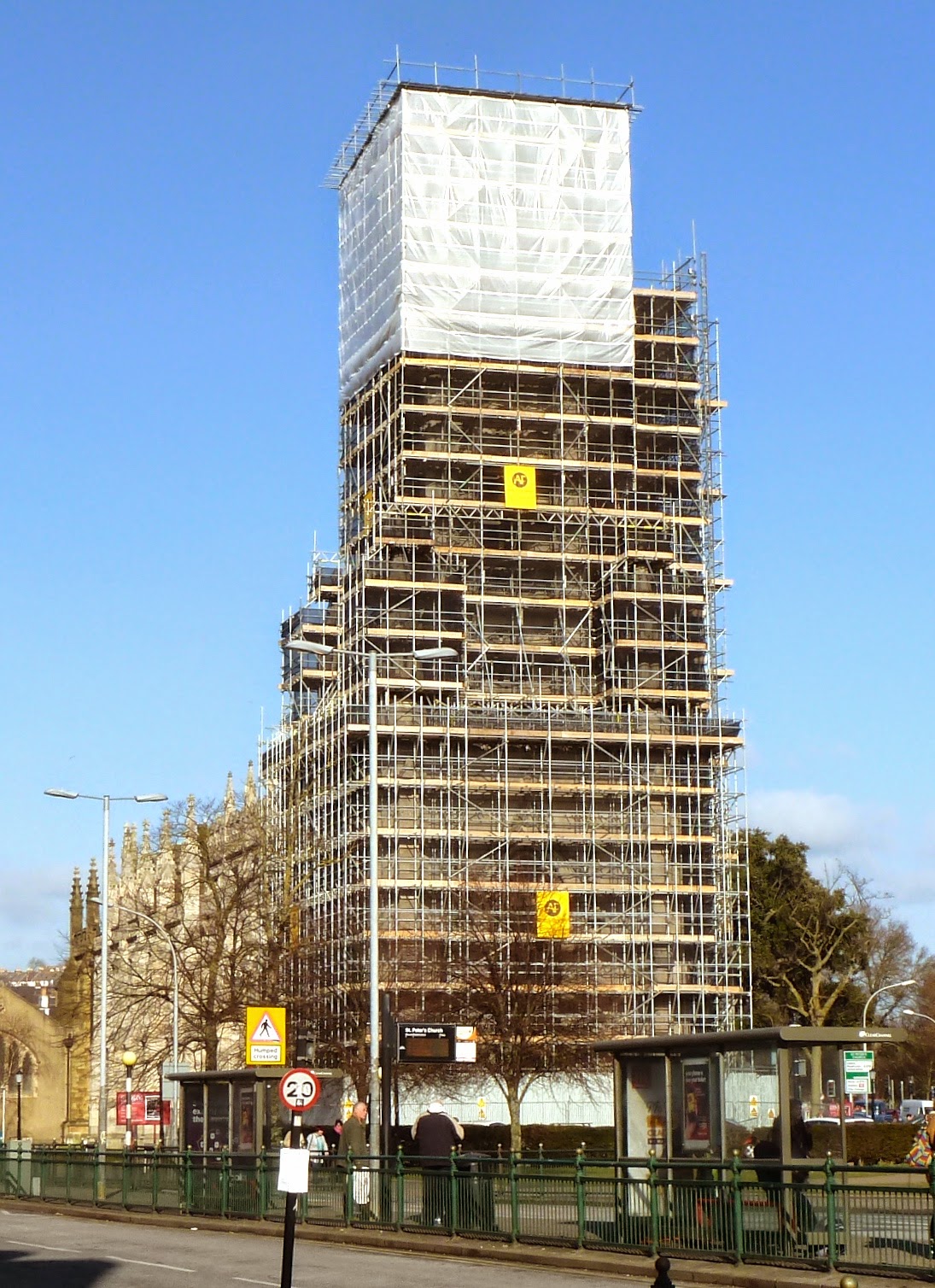 One doesn't need to be a subscriber to the Invisible Sky Wizard's fan club to be relieved to see that something is at last going to be done about the long-crumbling tower. The church has dominated the main gateway into Brighton for 187 years and it is disturbing to contemplate the effect its loss would have on the city's skyline.

Phase1 of the work is estimated to cost £365K which doesn't seem a lot. It will presumably only cover emergency repairs. Just enough maybe to stop lumps of masonry falling on the faithful's heads. A full restoration, including reinstating the north east pinnacle that was removed in 1990, will cost another £635K.

Archie Coates, the Vicar, has appealed for public donations.

Brighton's godless hoards might view this more sympathetically if there was something in it for them, apart from merely aesthetic considerations.  St. Peter's is often described as Brighton's "cathedral" and one of the visitor attractions offered by many of the UK's other cathedrals is access to their towers from which unrivalled birds-eye views can be enjoyed. Why not provide a similar facility for St. Peter's restored tower? The consequent positive publicity would surely help to boost the restoration fund. And, when restoration is completed, the extra flow of visitors in search of a special experience could provide an on-going source of income for the church. 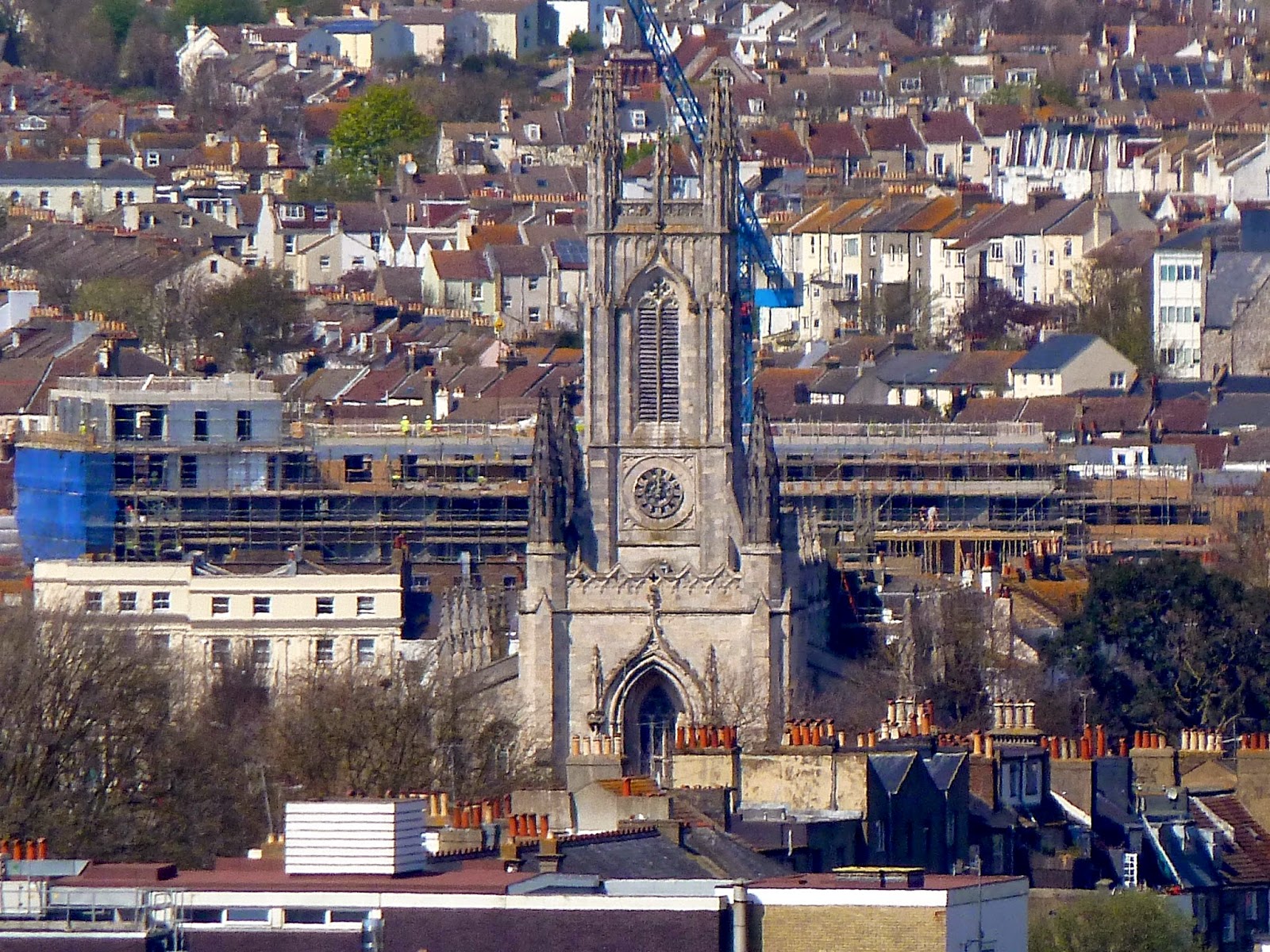