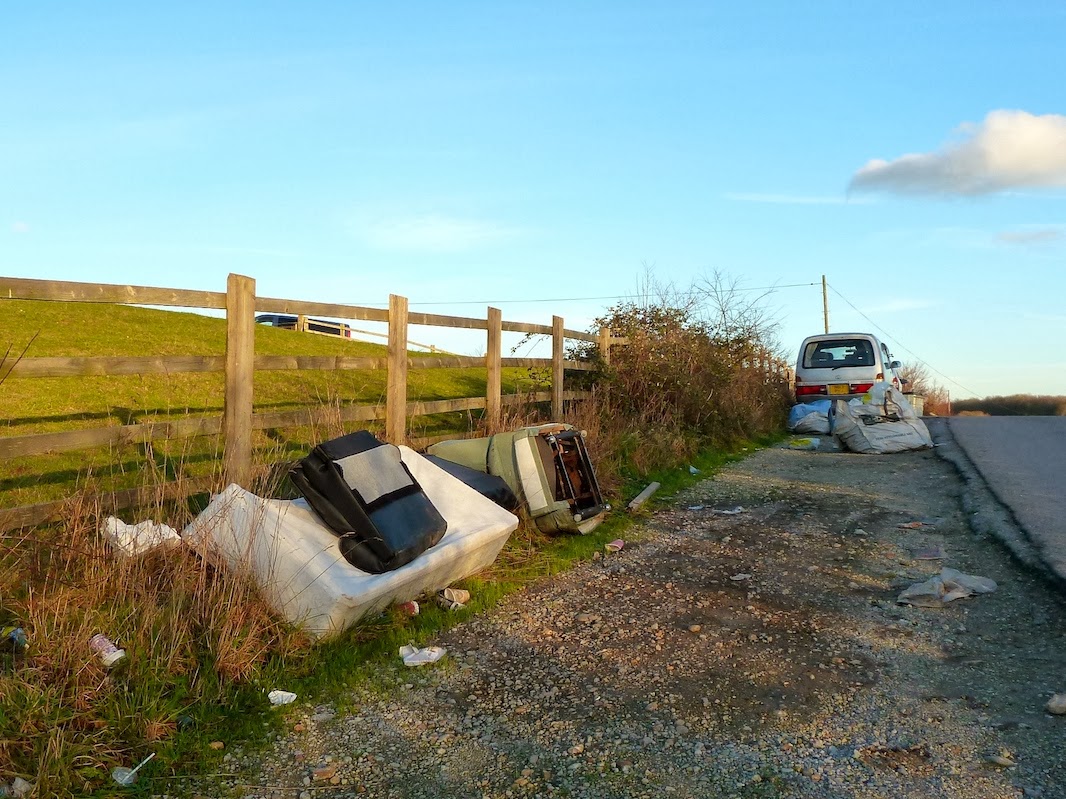 Fly-tipping near Braypool roundabout. Old furniture and, in the distance, bags of builders' waste which contain what appears to be broken asbestos sheeting. I would stop short at calling for the death penalty for the perpetrators, but stocks and pillory would seem entirely appropriate. Perhaps the public could be permitted to pelt them with the smaller items of their rubbish.

Of course the first priority is to catch them and this is where modern technology could surely come in. Wild-life photographers seem to be able to perform marvels with cleverly concealed autonomous cameras. Could not similar items be deployed to catch fly-tippers? It would only need one or two which could be moved around between likely spots thus creating uncertainty in the minds of potential offenders. It would be even better if any fines could be hypothecated towards the cost. But, if this is not possible and cost is a problem, do we really need all the cameras dotted around the City Centre and trained for 99% of the time on mainly law-abiding citizens?

Email ThisBlogThis!Share to TwitterShare to FacebookShare to Pinterest
Labels: environment, people, vandalism
Location: The City of Brighton and Hove, UK