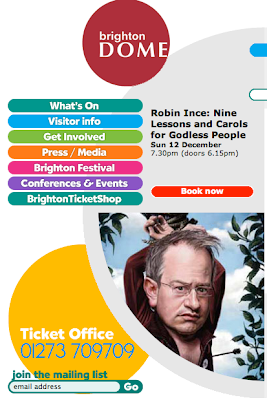 Fittingly Robin Ince's Christmas show, which has been a sell-out hit at the Bloomsbury Theatre in London for the last two years, is now coming to the Dome in England's  "most godless city".