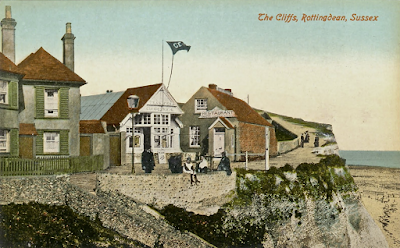 The semi-detached cottage shown on the left in the above postcard (see also: Rottingdean) was at one time known as '"Smuggler's Cottage". 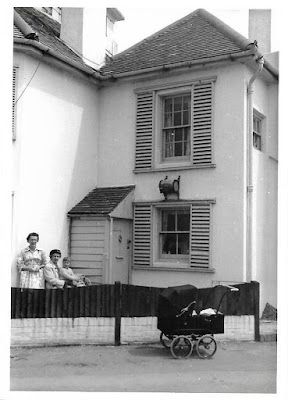 The photo on the right shows it in 1957 with a curious object above the downstairs window. It has been suggested that this was an air-raid siren left in place after the war but it seems to be the wrong shape for that.  Closer inspection reveals what might be decorative features and a hint that it is barrel-shaped. Was it in fact an ornamental brandy-barrel displayed as a nod to the smuggler's trade and in lieu of a conventional house nameplate?
at 18:42