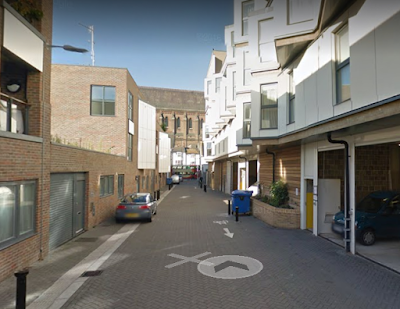 Changes are being proposed to a revamped city centre street, beside Brighton’s Open Market, in response to residents’ complaints.

Since Francis Street was reopened in 2014 as part of the market’s redevelopment, householders have been having problems with pavements and private garages being blocked by market delivery vehicles, illegally parked cars and Blue Badge holders’ cars. Vehicles are travelling too fast and street furniture like lamps and cycle stands are claimed to be poorly positioned.

* Making the street a ‘Restricted Zone’ with ‘access only’ arrangements to prevent rat-running. The street will only be legally used by drivers with business there
* Planters and bollards to protect pavements from cars
* Restrictions confining loading or waiting to designated bays
* A raised entry treatment at the junction with Ditchling Road to cut vehicle speeds and emphasise the street as a pedestrian route
* Signage underlining an existing ban accessing Francis Street from London Road, except for cyclists.

A report on the proposals goes the Environment, Transport & Sustainability Committee for approval on June 27.

Final changes are expected to be in place by the end of the year after consultation on legally-required traffic orders.