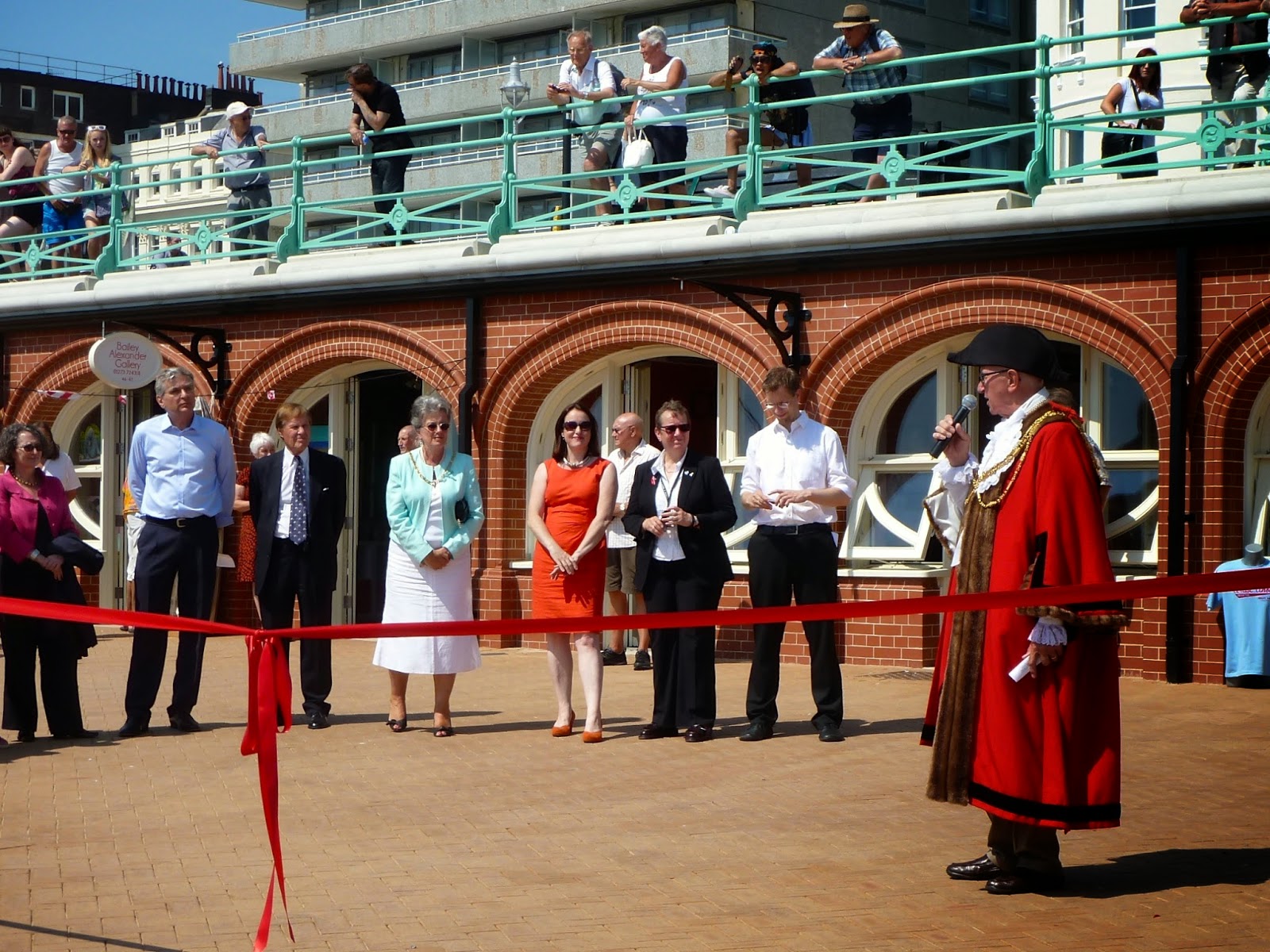 The City Mayor, Cr. Brian Fitch, today cut a red tape to declare open for business the beautifully restored arches to the west of the West Pier site. The old arches were built out from the cliff edge over 100 years ago to bear nothing much heavier that a horse & cart. They have been reconstructed from scratch to cope with a 40 ton load, i.e. the weight of a modern lorry should, by accident or design, such a need arises.

Special bricks and woodwork were commissioned. Some of the arches are already occupied as art studios and similar.

Two of the arches provide new public toilets which look fairly inviting so far. Unfortunately they charge 30p entrance and in the Ladies a flush wasn't working. 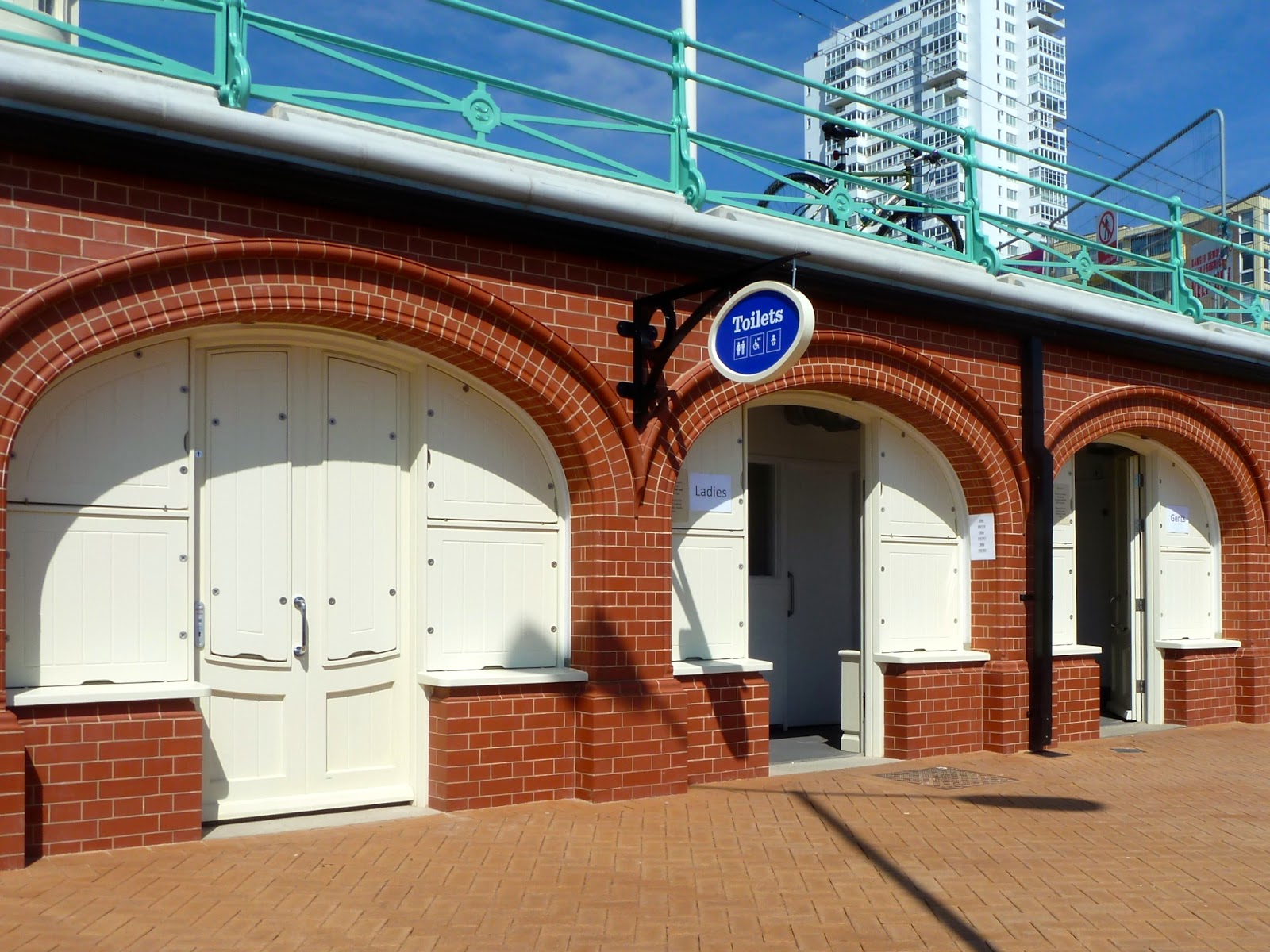