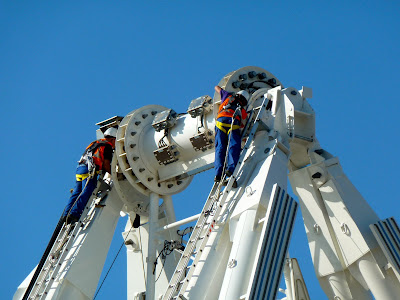 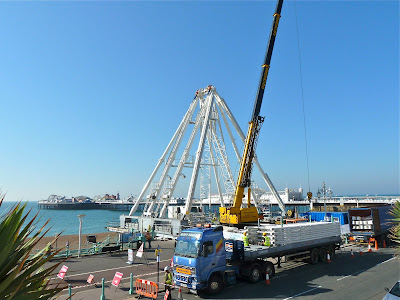 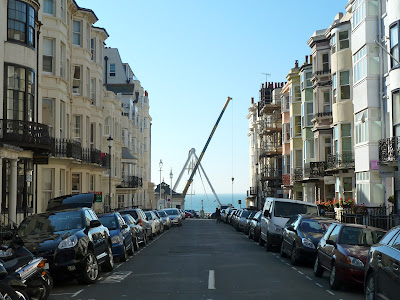 Work is now well under way on the Brighton Wheel but it seems unlikely that the target opening date of early autumn will be met. Three additional applications for the site have been filed but not yet registered. They presumably deal with the shortcomings of those rejected earlier this month which failed to provide sufficient information about the lighting proposals and the travel plans.

A condition of the approval of the main application was that the details of the lighting and travel plans were to be approved before the Wheel started operating. The 'opposition', (one hestitates to label them "nimbys" because by no stretch of the imagination can the wheel be considered to be in anyone's back yard), are taking heart from this hiccup as evidenced by the posts on Brighton's Mad Wheel. As would be expected for an attraction of this sort, it is intended that the Wheel should be illuminated in some way, and the proposals are for programmed “displays” in varying colours. These displays will be turned off when the Wheel is closed to the public but it will remain partially lit 24-hours a day.  In an effort to convey its concern about the effect of the lighting on the neighbourhood Brighton's Mad Wheel has published a rather nice night-time visualisation of the Wheel seen from Madeira Place. 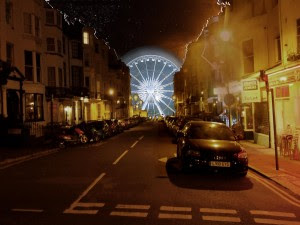 Madeira Place is the only street along the entire seafront that will be privileged with this particular view and to me it looks rather fine.  True I am speaking as an outsider, yet even if I lived in this street I would be hard put to rationalise any objection. Surely any hotels or guest-houses along the street will be rather more pleased to have it than not. I can even imagine, in 5 years time, a campaign being mounted to extend the Wheel's stay, especially if the i360 fails to materialise,
at 15:07