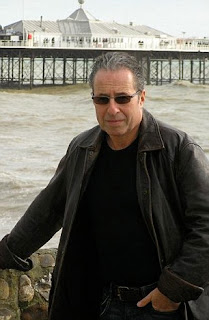 "The surprise I promised is if I win the Crime Thriller Awards I’ll buy any fans that show up on Brighton Pier fish & chips to celebrate!"

On Friday 7th October The Crime Thriller Awards will take place in London’s Grosvenor House Hotel. The event, now into its fourth year, will be hosted by Marcus Brigstocke and broadcast on ITV3 on Tuesday 11th October.

This year ITV3 viewers can vote for their favourite Crime Thriller authors in the ITV3 People's Bestseller Dagger.

See ITV Crime Thriller Awards to learn more about the nominated authors and to vote.