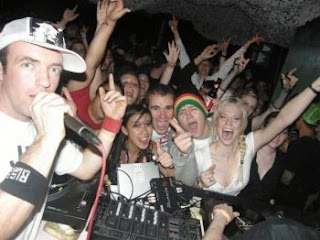 Facing Faith by Daisy Whicheloe  is one of the films being premiered on Wednesday 8th September by students on the MA in Digital Documentary degree. It follows a born-again Christian rapper on a 21st-century evangelising mission in Brighton. (Photo above)
Daisy said: "MC Tempo's Christian beliefs are very extreme... born again in his early twenties, he now raps strictly for God.

"The documentary explores 21st-century evangelism in Brighton, its boundaries, obstacles and disciples."

It is one of two films exploring religion in Brighton and Hove, which, according to national census data, is statistically the 'UK's most Godless city'. The other Chinese Missionary in UK, by Cheng Wang, tells the story of a Chinese missionary who preaches in Brighton. Cheng said: "After watching the documentary you will know more about young Chinese Christians in the UK."

There are nine films in all covering an eclectic mix of topics which capture the stories of real people and communities in Brighton and locations around the world. A full list of films can be seen on the University of Sussex Student News. The Film Show is free and open to the public.
at 11:07