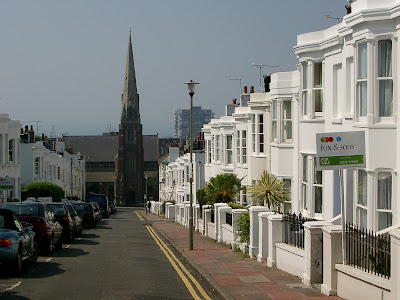 St. Mary Magdalene has one of those "off the peg" spires, like St. John's in Palmeira Square, which are now suffering badly from weathering.
at 11:01