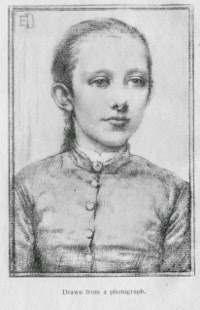 Margaret Fairless Barber was born in 1869  in Rasstrick, Yorkshire the youngest of three daughters of solicitor Fairless Barber and wife Maria Musgrave. Both parents were highly educated and Margaret had a loving, albeit secluded, upbringing, However, when she was 12 her father died and she was sent away to school, first in Torquay, then in London where a spinal complaint first appeared. She was however able to train and work sporadically as a nurse until her mother died in 1891. Margaret then travelled with a friend to Germany. While there she became seriously ill and was devotedly nursed by “the Little Sister of Charity”, lovingly described in “A German Christmas Eve” .

After recovery she returned to London and, while on some philanthropic errand, met the wealthy Dowson family who lived at 91 Cheyne Walk. Joseph E Dowson was a Civil Engineer and his wife Mary, a Surgeon Physician. A close relationship developed and Margaret, in deteriorating health was cared for and eventually adopted as a daughter by  Joseph and took the family surname. This caused distress to some members of the Barber family but won the ready approval of her elder married sister. 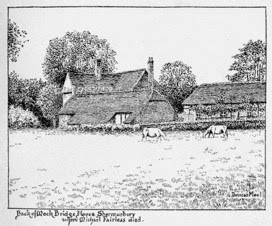 Each summer the Dowson family travelled down to Mock Bridge House in West Sussex  and it was here in 1900 that Margaret Fairless Dowson began to write “The Roadmender”. Notwithstanding her deteriorating condition she survived another winter in Chelsea and was able to return the following summer where she completed her book just before her death.