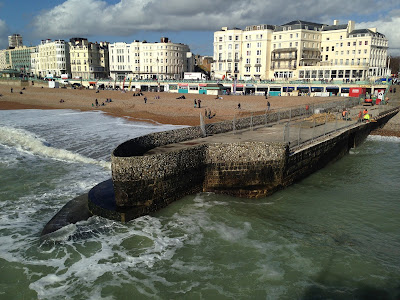 The first part of the Albion groyne was built in 1876 but its width was doubled in 1896 when it was extended over the storm water outfall running alongside. It originally had gas-lighting for the benefit of fishermen at sea but this presumably became redundant when the Palace Pier opened in 1899. 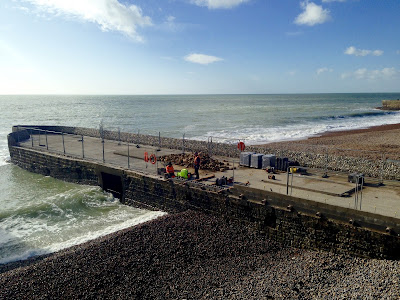 The carcass wall is constructed of pre-cast concrete and flint blocks but the upstanding wall along the edge is of hand-laid flints. This wall suffers battering from both sides in stormy weather and, as a result, a long section of this has evidently suffered damage and is being rebuilt. 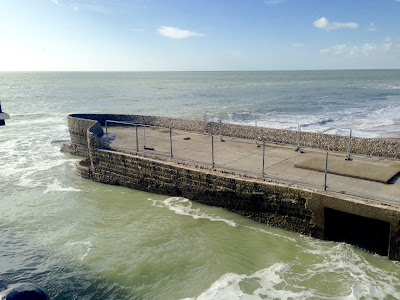 A sloping joint between upper and lower sections of the carcass wall probably indicates the top of the original storm water outfall.

The groyne  is grade II listed as a "groyne and pleasure promenade, serving for a time as a coal delivery pier. c1880, sections of it rebuilt through the C20. Flint, walkway of paving stones."