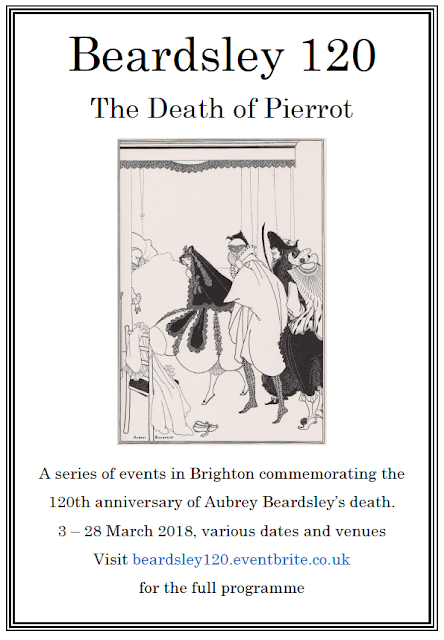 Aubrey Beardsley, artist, was born in Brighton in 1872 and attended Brighton Grammar School. After a brief period as an insurance clerk in London, he followed the advice of painter Sir Edward Burne-Jones and became a professional artist.

During his short career Beardsley illustrated works such as Malory's Le Morte d'Arthur, Wilde's Salome and Pope's The Rape of the Lock. As the art editor of the Decadent journals The Yellow Book and The Savoy, he achieved notoriety for his black and white work — fine sweeping lines coupled with an element of the grotesque.

Sadly, he suffered with tuberculosis and died at the tragically early age of 25. Despite this, his reputation as a significant figure in the Aesthetic movement continues to flourish.

'Beardsley 120' is co- ordinated by Alexia Lazou (Victorians Valued) and presents aspects of Beardsley's life and work in  tours, talks and films.