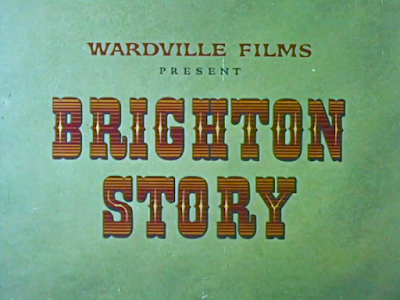 Despite the somewhat twee presentation this 20 min. film provides a fascinating glimpse into Brighton just 10 years after the war, which surprisingly, had left the Madeira Terraces, and both piers largely intact.

The film won an award in the 1957 Edinburgh but afterwards was lost. The negative was finally traced by BBC Radio Brighton and prints made with the financial support of ITT Creed and Brighton Public Libraries.

The film stars the classical actor Alec Clunes, father of Martin Clunes. It is made available by the British Film Institute.
at 17:27