"A Stormy Day at Brighton" 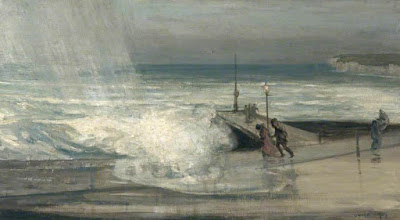 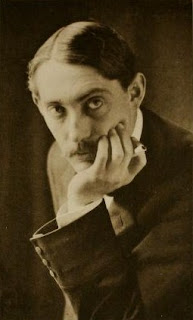 Many Brightonians will be familiar with this 1905 oil by Charles Conder (1868-1909) in Brighton Museum. They may also have puzzled over the title since it is obviously not Brighton and nothing about it is clearly recognisable. Brighton does not have any cliffs to the west so the nearest place it might be is Rottingdean. But Rottingdean did not become part of Brighton until 1928. On the other hand the stubby pier could well be the remains of the Daddy-Longlegs railway which ceased operation in 1900. Or perhaps the title could simply be attributed to artistic licence.

Conder had an, 'interesting' but short life. Born in England he emigrated to Australia in 1884 where he founded an Australian art movement. He returned to Europe in 1890 and died of syphilis 19 years later in Holloway Sanatorium.