Hippodrome cinemas plan to go ahead. 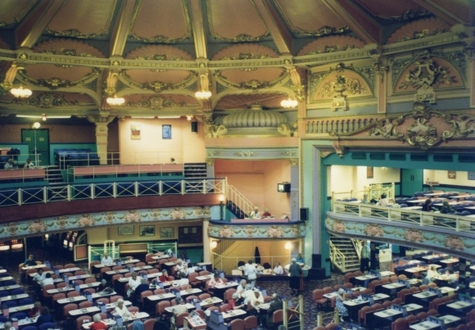 "Brighton Hippodrome campaigners have lost their battle to see the building restored as a live venue after the government decided not to intervene over plans to convert the space into a cinema complex.

The Department for Communities and Local Government has decided it will not use its powers to call in the local authority-approved plans – which could have seen a public inquiry launched into whether the conversion should go ahead.

A DCLG spokesman said: “This is a matter for Brighton and Hove City Council. Only a very few planning applications are ‘called in’ each year, as this involves the planning decision being taken away from the local council and community.”

Preceding posts:-
The Hippodrome application - a clarification
Public enquiry for the Hippodrome