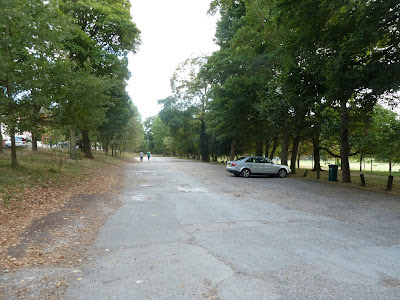 This photo of the Gallops in the north east corner of Preston Park was taken on a recent fine afternoon. It shows the remarkable effect of the recently-introduced parking charges on the number of parked cars. It was taken after the start of autumn term but, previous to charging, this area would have been packed with cars on any afternoon. It seems likely that a fair proportion of drivers had been using the Gallops for long-term parking, but it is also suggested by some that the number of visits to the Park itself has declined.

An epetition to the Council calling for free parking to be re-established for park users has so far attracted 64 signatures. It closes on 11th October and will be presented to the Council on 25th October.