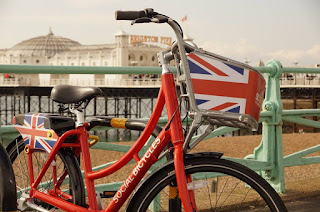 BHCC has awarded a three year contract to run the city’s new bike share scheme to UK owned operator Hourbike. Hourbike, who operate sharing schemes in other cities including Liverpool, Oxford and Reading, was selected as the preferred bidder after a tender process which attracted a total of four proposals. The company will be responsible for managing and maintaining the service, similar to the so called ‘Boris bikes’ in London, as well as supplying the bikes and associated equipment.

Based on Hourbike’s initial projections, the scheme is expected to bring new revenue to the council of between £20,000 and £25,000 a year.

The sharing scheme should be up and running by June 2017, with up to 430 new Social Bicycles (“SoBi”) smartbikes available for residents and visitors to hire from hubs and docking stations at 50 locations across the city.

The scheme will offer a range of tariffs to suit both regular and occasional users. Hire costs will start from £2 per trip or £8 per day with users having the option to pay as they go on a 3p per minute tariff (minimum £2 charge) or purchase an annual membership at £72, which includes 30 minutes free use every day.

Popular sites including the seafront and Brighton Station have been suggested as potential hubs with the scheme also operating along the A27 corridor, heading out to the university campus sites at Falmer.