Then & Now - The Clock Tower 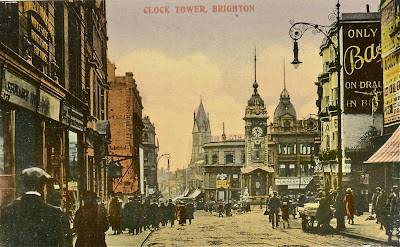 The Clock Tower was built in 1888 and this postcard probably dates from the 1890's.

In the 2009 photo below the building in the middle-distance on the eastern corner of West Street is still recognisable but the opposite side was rebuilt with the road widening that took place in the 1920's. The Quadrant pub on the corner of Air Street has survived and now carries a lamp of similar design to that in the earlier photo. Notwithstanding all the enormous changes in traffic that has occurred over 100 years the original line of the pavement seems to have been preserved. 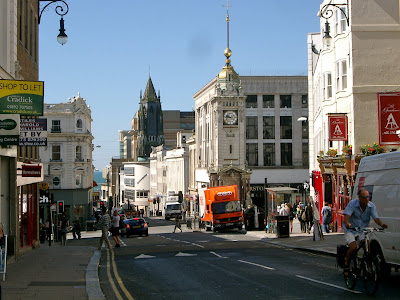