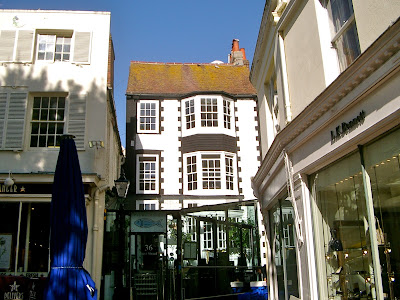 As well as being a well-known local name, Martha Gunn's fame has obviously spread,  no doubt because of the royal connection, to the extent that a visitor stopped me in East Street the other day to enquire the whereabouts of Martha Gunn's house. It is, of course, no. 36 tucked away in the north-east  corner of the "wide-bit" of the street. The house does have a plaque but, because this is Brighton, it is well hidden away in a modern conservatory and behind a hanging basket. The conservatory is part of a fish restaurant. At least that is appropriate, bearing in mind the Gunn family's main profession then and since. 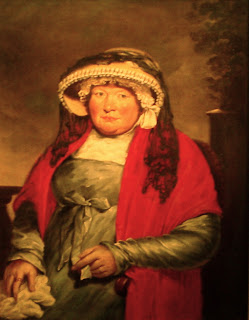 A fine portrait of Martha in later life has recently returned from the Antipodes courtesy of family descendants and now has a permanent pride of place in the museum, adjacent to the bottom of the staircase. She died in 1815 at the good old age (in those days) of 88, predeceased by 4 of her many children but not her husband Stephen who lived just a few months longer and died aged 79. 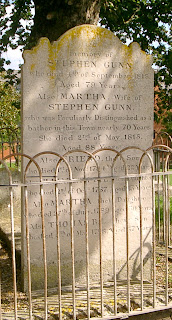 The family grave has a conspicuous position in St. Nicholas churchyard close to the path and the main entrance to the church. There is also some related material at the Fishing Museum in Kings Road Arches.

Martha has many widespread descendants.
at 17:53