An earlier post 'Suburban creep' (4 years ago) lamented the gradual loss of semi-rural Withdean, its 1930s houses, mature gardens, and the 'country lane' look of the roadsides. In 2019 unfortunately there is no sign of relief. The two photos immediately below show 4 completed properties in Withdean Road. Some trees have been replanted and will no doubt eventually soften the view somewhat but nothing will disguise the hard fencing. 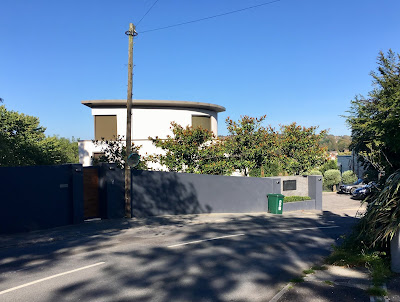 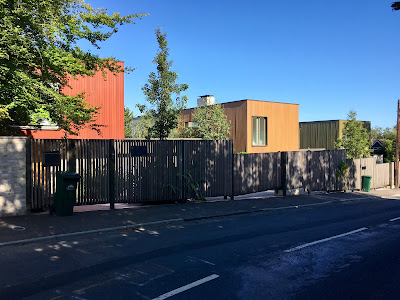 Elsewhere, unprotected by conservation area status or any other listings, the demolitions have continued.


The clearances so far, with no doubt most of the mature vegetation, has resulted in a large vacant plot which was the subject of planning application BH2016/06478 for a two-part, 3 storey building comprising 26 residential apartments.

Plans to restore and safeguard the historic Royal Pavilion Garden are back on track. An updated bid of £214,500 for National Heritage Lottery funding was sent in earlier this week. This bid is for funding to prepare detailed plans and an application for a full grant of £3.3 million.

After a previous application was turned down earlier this year the council was encouraged to re-apply by the Heritage Lottery assessors who noted the heritage importance of the project, the need to improve the garden and praised the community involvement which backed the bid.

The plans include:
The National Heritage Lottery Fund is expected to make a decision in November. If agreed, the council will aim to submit the full bid in March 2021 with work starting in January 2022.

Phase one of the project is underway. The Royal Pavilion Garden is part of phase two. 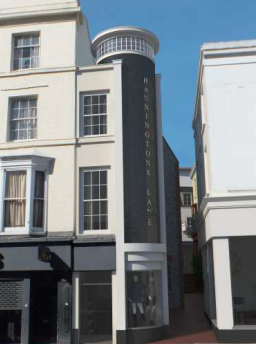 All Saints, Patcham, to get a facelift. 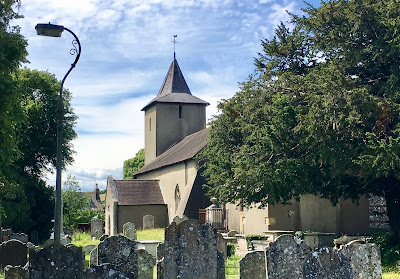 12th.C All Saints is idyllically situated at the top of Church Hill, near to what was once Patcham Court Farm, its ancient barn,  dovecote and the site of what was once the village pond.  The turret spire can be seen from diverse points around Patcham. Its interior is beautiful but the external appearance is marred by cement render applied by the Victorians. This was probably well-meant but modern evidence suggests that in the long term cement render only serves to trap moisture which eventually migrates to the interior surfaces.

A project to entirely remove the render, and make good using traditional methods, is expected to start on September 10th. The total cost is estimated to be £300,000 of which £100K has been match-funded by the Heritage Lottery Fund. 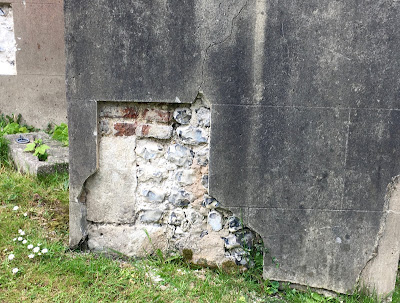 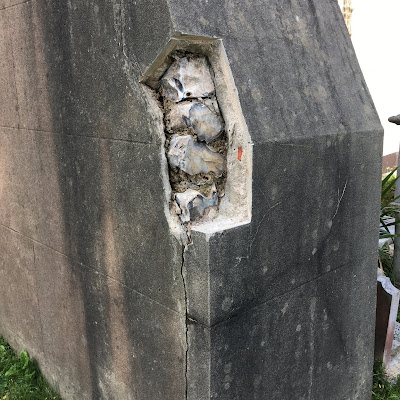 To aid the original survey for this work various 'windows' were cut in the render to reveal the surface beneath. They give some hint of the wide variety of materials used and the historical interest that has been hidden for so long. 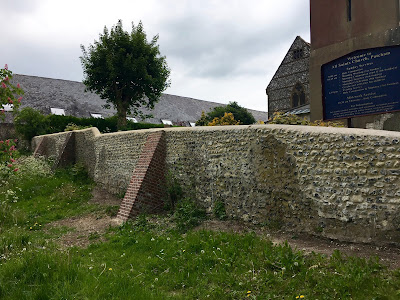 Some months ago the churchyard wall was found in danger of collapse due partly to the roots of a nearby sycamore. The tree has now been removed and the wall sensitively repaired by BHCC which owns the churchyard.

A random selection of photos:- 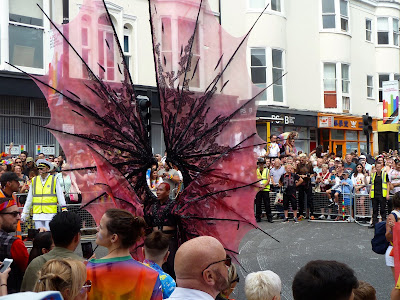 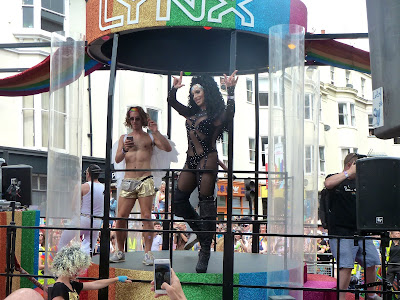 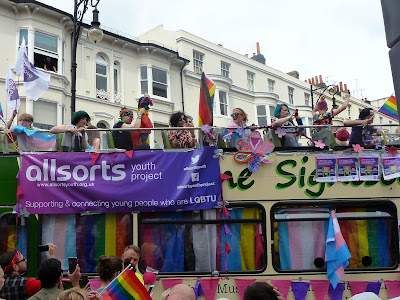 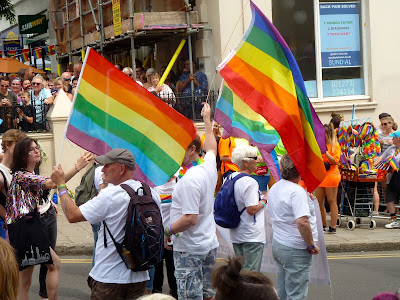 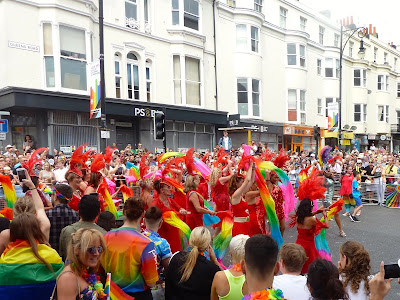 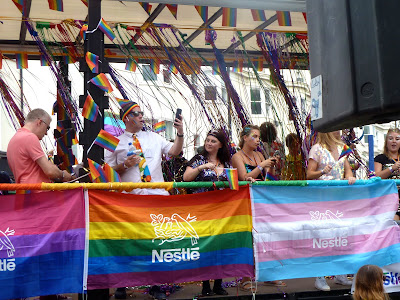 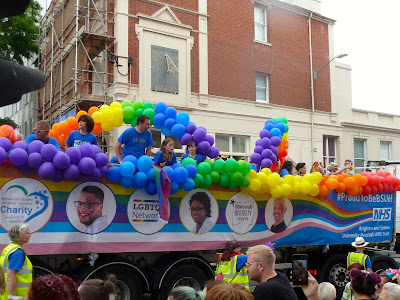 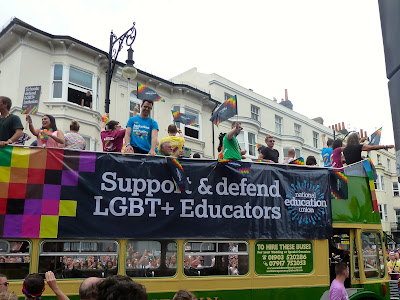 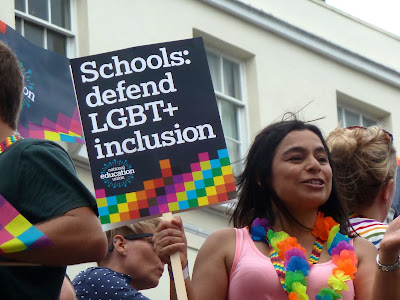 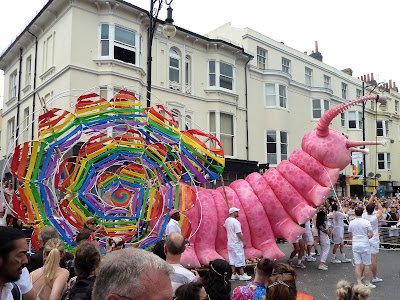 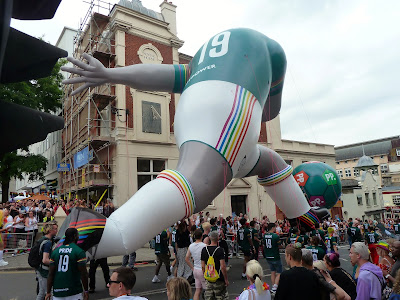 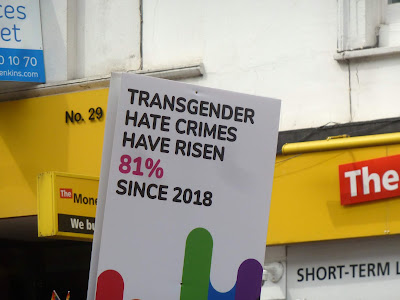 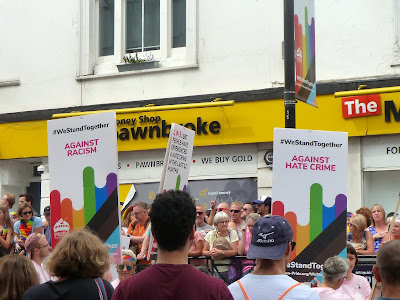 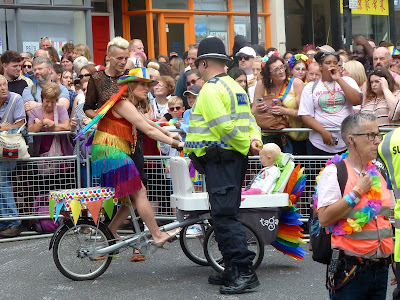 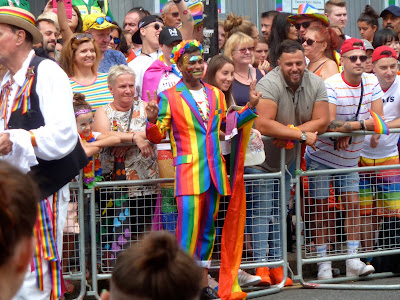 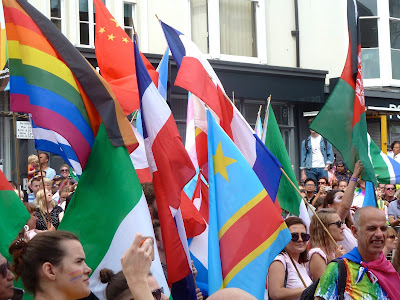