Burning of the Clocks - the video

Brighton's celebration of the shortest day. 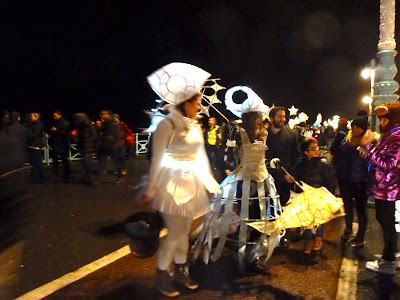 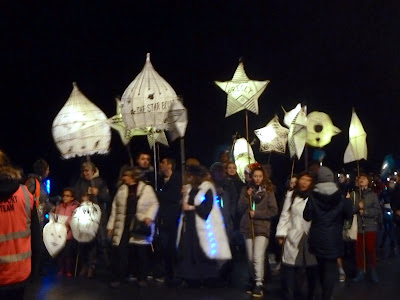 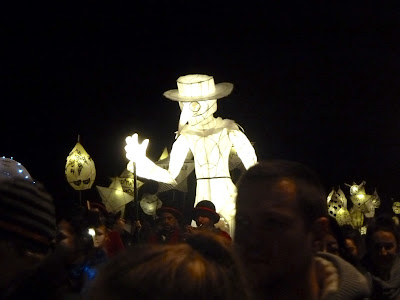 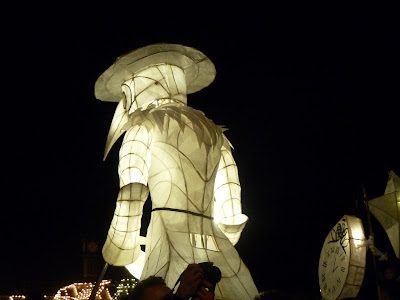 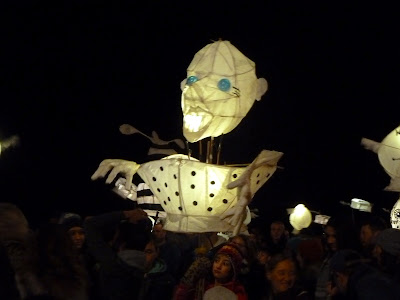 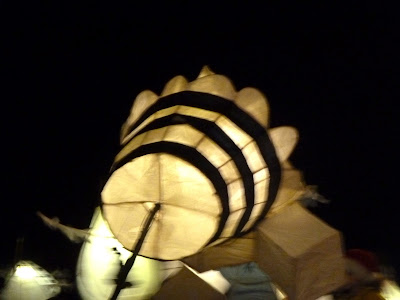 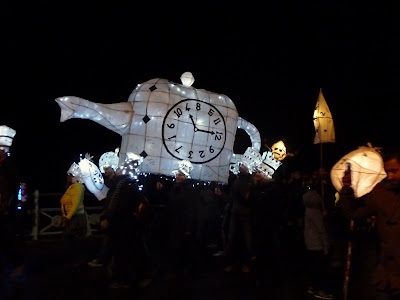 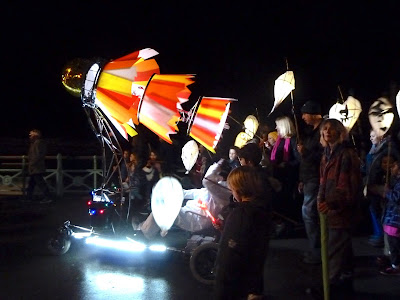 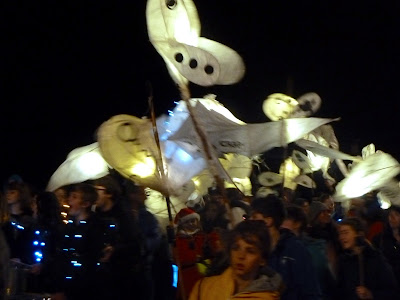 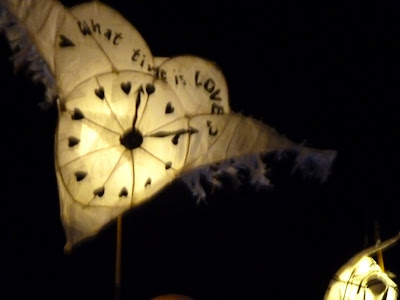 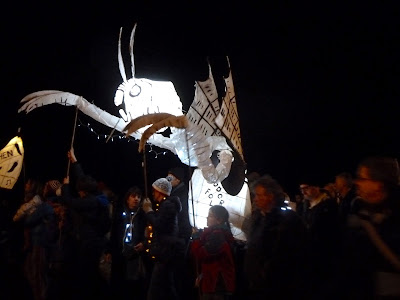 Council statement on the Berlin attack.

The leaders of the three political groups in the council have released a statement on the Berlin terror attack.

“Brighton & Hove sends its sympathies and support to the people of Berlin.

“We are deeply shocked and saddened by the loss of 12 lives and injuries – some life changing -  to 48 others who were so senselessly killed while they visited a Christmas market.

On behalf of the city of Brighton & Hove, we send our condolences.”

On the shortest day, Wednesday, December 21st. the 'Burning the Clocks' event brings the whole city together to celebrate the turning of the year.

The lantern procession will set off from New Road at 6.30pm and arrive at Madeira Drive at approximately 7.15pm, where lanterns are passed onto a bonfire and a firework show begins.

The event finishes at around 8pm.

From New Road, the parade will make its way through North Street, Ship Street, Bartholomews and then onto the seafront via East Street and crossing the A259. The parade then goes to Madeira Drive for the finale.​


The fireshow will take place on the beach with viewing from Madeira Drive and the Upper Terrace on Marine Parade. 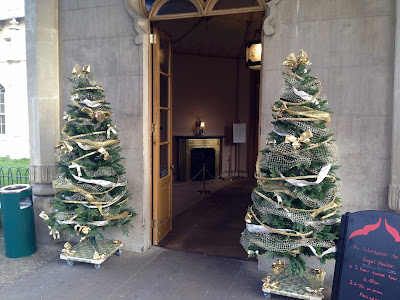 Don't miss the magical Christmas displays at the Royal Pavilion. The fires are lit, the Royal Pavilion Christmas poster candles are flickering, the spectacular Banqueting Room table is laid for a Royal feast and the building is transformed with festive decorations and glittering trees. Pavilion-inspired decorations, including butterflies, birds and flowers bring sparkle, glamour and Christmas cheer for all the family, with drop-in activities and a themed trail for children. 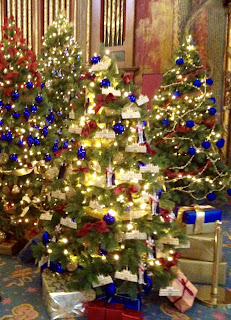 Photography in the Pavilion is normally banned but on this special occasion you can enjoy the chance to take your own festive photo in the spectacular Music Room where George IV entertained his guests in style. 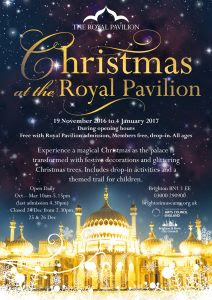 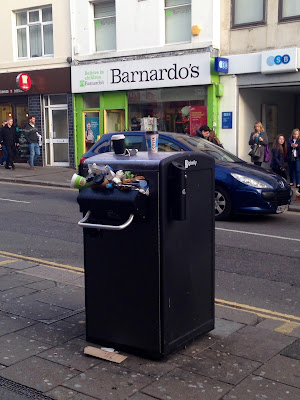 Latest technology defeated by Brighton's litter. (Or maybe it just hasn't been emptied?)

Latest TV's William Ranieri gets all festive as he heads to The Friends of Queen's Park's Christmas get together.. to enjoy the warm beverages and jolly sing-songs.

Elderly legends such as Disco Pete and Dancing Ann have teamed up with local celebrities to release a Christmas tune.

The council survey between August 23 and October 28 into the future of Brighton & Hove’s parks brought a record 3,500 responses  from residents – and many generous offers of help.

The survey set out to establish what residents’ spending priorities were for parks and open spaces in times of reduced funding. Between 2009 and 2020, the council’s parks service will be losing around one third of its money, down from £4.7m to just £3.4m.

Most popular suggestions were for the council to use more volunteers (403 mentions), create new revenue streams such as cafés, sponsors, events and charges (217 mentions) and to have more wildflower or overgrown areas (211 mentions).

About three quarters of respondents favoured replacing play area equipment with natural play features such as logs, which were cheaper to maintain.


87% of respondents tend to agree or strongly agree that residents should be allowed to cut grass verges using their own tools under certain circumstances.

Results will help inform an open spaces strategy report going to the environment committee on January 17.

The survey was publicised via news outlets, the council website and social media, 10,000 flyers distributed in various ways, 3,000 postcards to random addresses and adverts in community magazines. 36% of people heard of the survey through social media.
at 19:15 No comments:

Leader of the Council speaks about the budget.

A slick animation explaining the constraints on council spending. 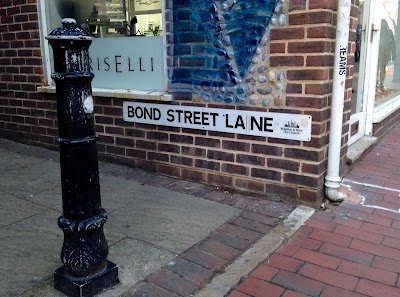 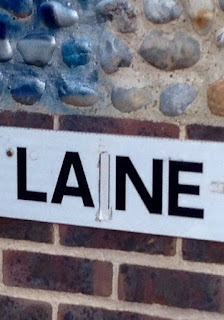 The Rockery - best park in England 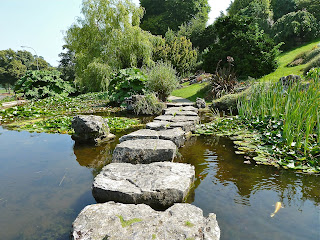 At the Fields in Trust Awards Ceremony at Lord's Cricket Ground last night the Rockery, Preston Park was named best park in England.

"England’s best park is a unique garden with a vibrant mix of horticulture, wildlife and beautiful landscaping. The biggest municipal rock garden in the UK, nominator Andy Jeavons described it as 'a truly magical experience'."

The overall winner for the UK was Rouken Glen Park.
"The UK's Best Park 2016 is a rich mixture of grassland, meadow, glen and woodland, meaning there's always somewhere exciting to explore. Nominator Katy Green said it is 'a place for people and nature'."