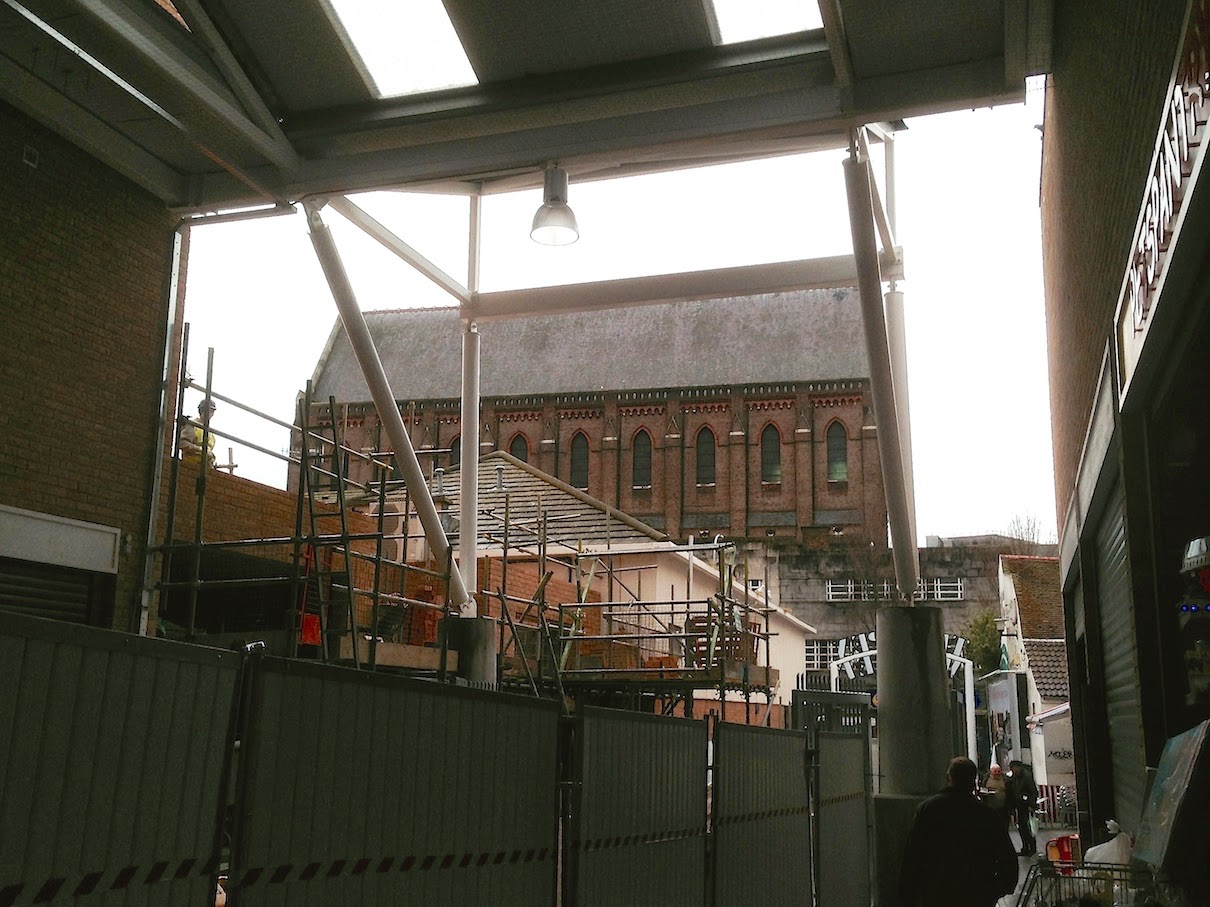 It crossed my mind to give the architect some credit for the way Brighton's most famous church is framed by the entrance to the new Open Market. But, on reflection, it is probably just due to the fortuitous alignment of Marshall's Row. If the matter had impinged at all on the architect's aesthetic sense he would surely have designed away the clutter of the canopy supports.

In other respects the Market seems to be an architecturally pleasing, airy space and has all the promise of being a vibrant, popular venue giving, as hoped, a boost to the whole London Road area. It is rapidly nearing completion and scheduled for full opening in May. 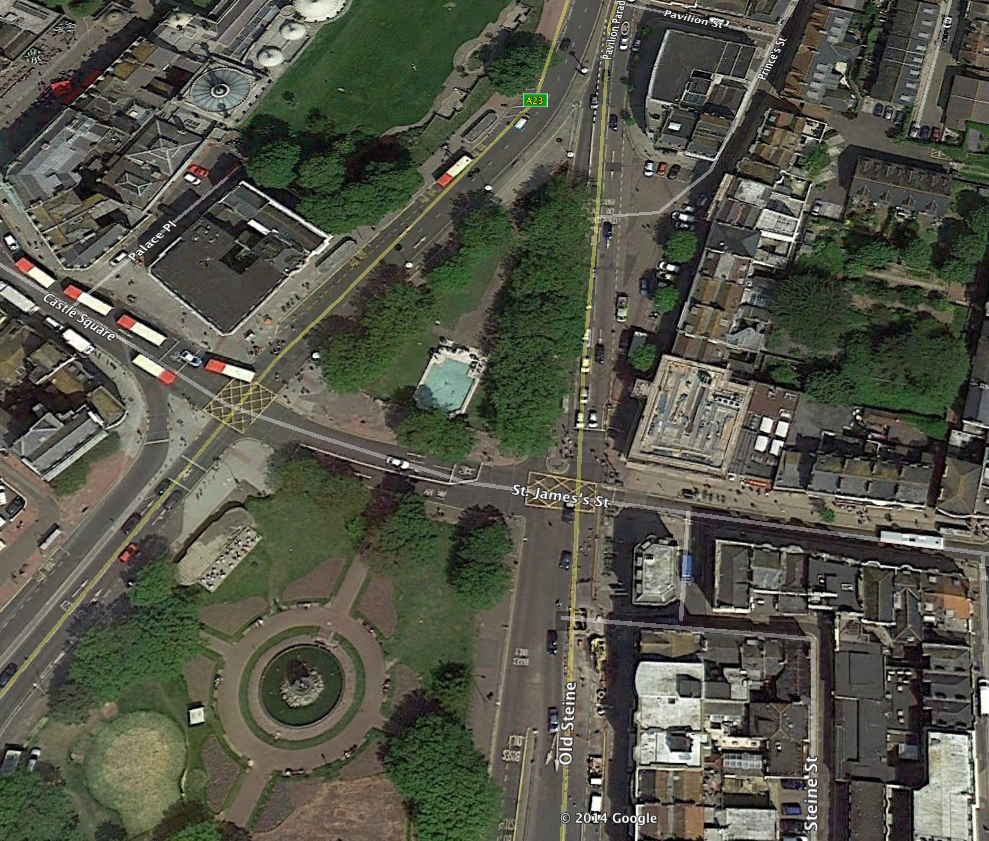 St. James's Street is a narrow, old-fashioned shopping street and the proposal to close it to traffic for a trial period is surely to be welcomed. 70% of traders in the street are said to be in favour. The improvements in air quality and the general shopping environment would be considerable. It might result in some incovenience to bus passengers who use stops in the street but all parts are within easy walking distance of stops in the Old Steine, Edward Street, Rock Place or Marine Parade.

A concomitant benefit is that, if this measure were to be adopted permanently, it would allow closing of the crossover road between Castle Square and St. James's Street so allowing  the two green spaces of the Old Steine gardens to be reunited into one more accessible space. 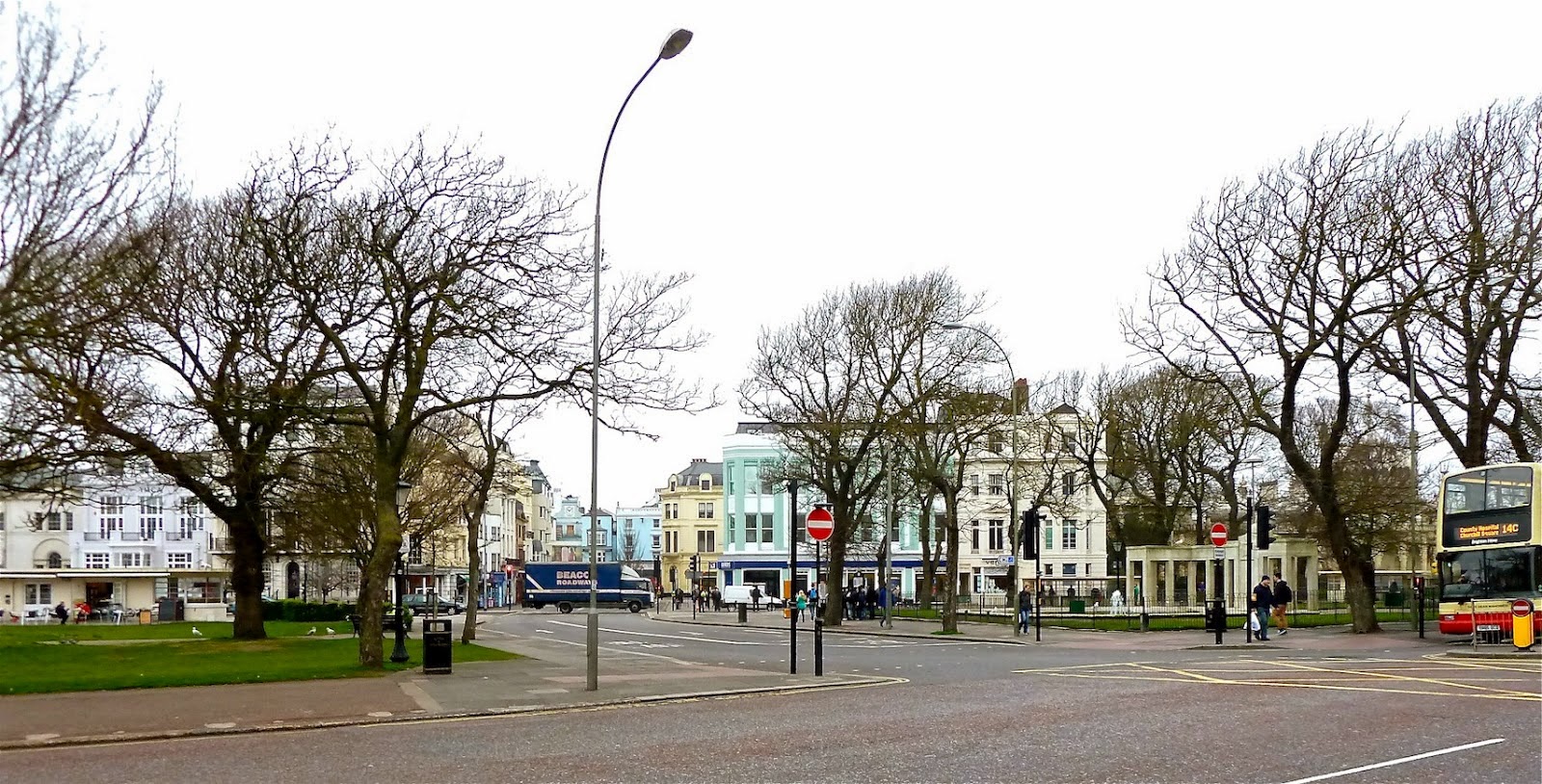 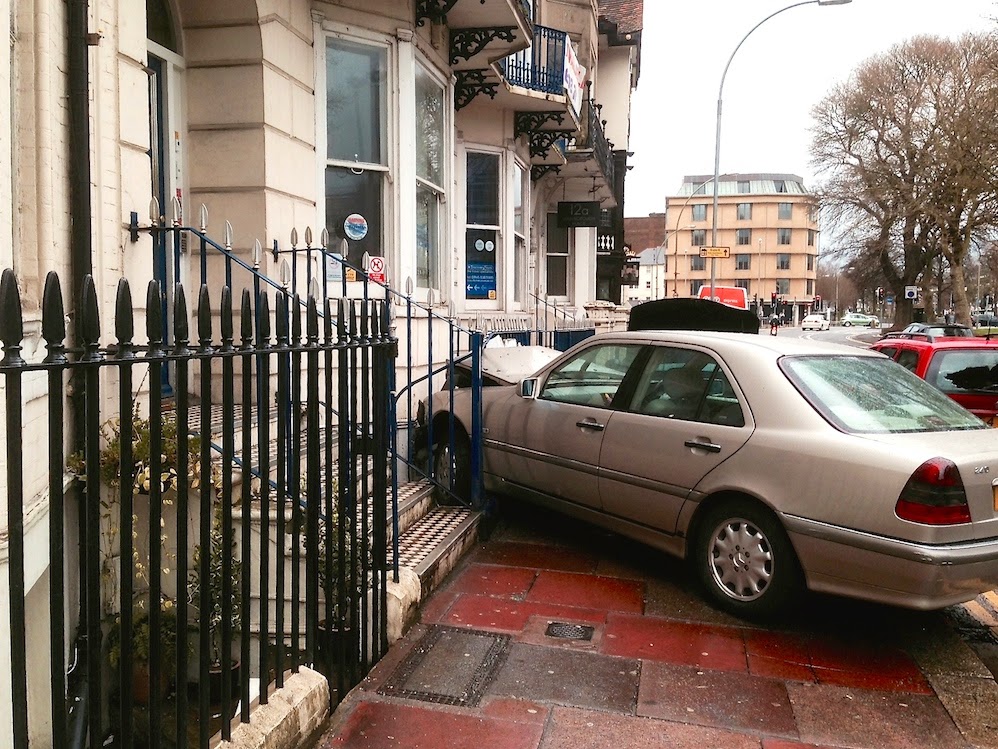 Three cars were involved in an accident near the King & Queen this morning. There seems to have been some high speed avoiding manoeuvres. Two cars appear to be write-offs the third ended up facing the wrong way on the pavement. Maybe it was travelling the wrong way.