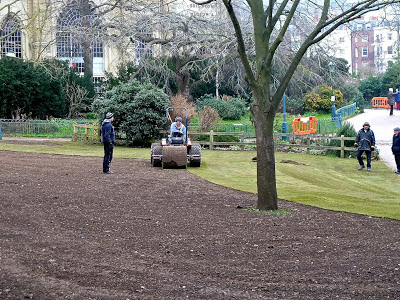 After an autumn and winter of unsightly mud, green returns to the western lawn of the Pavilion. A turfing company was, this morning, speedily laying turf from a continuous roll mounted at the front of a special machine.

At the eastern lawn the last traces of the skating rink & restaurant are being removed. Spring is in the air!

These oases of green in the City centre are intensively used and very important to residents and visitors alike. A lot of the deterioration in the western lawn was attributable to being covered by the temporary Festival structure throughout May. One wonders if this might have been asking too much of the grass. 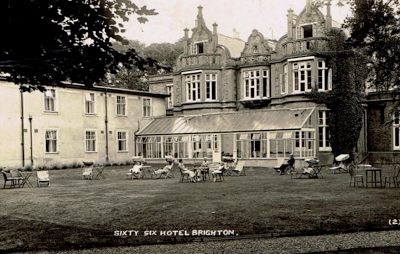 A rare view of the southern aspect of "Belvedere" in Montpelier Road, c.1935, after becoming a hotel. 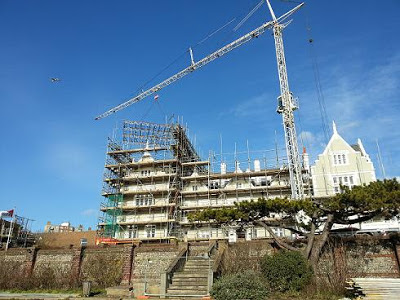 Work has started in earnest on St Mary's Hall, one of the decant locations for the 3Ts redevelopment. Some services and staff will be moving to St Mary's later this year to help clear the area needed for construction of the first redevelopment building.
The scaffolding is now in place to protect the old school building whilst the roof is removed. Weatherproofing and other remedial work will be undertaken, after which the roof will be replaced as before. 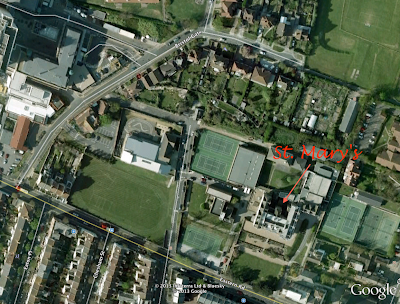 Email ThisBlogThis!Share to TwitterShare to FacebookShare to Pinterest
Labels: development, facilities
Location: Brighton, The City of Brighton and Hove, UK 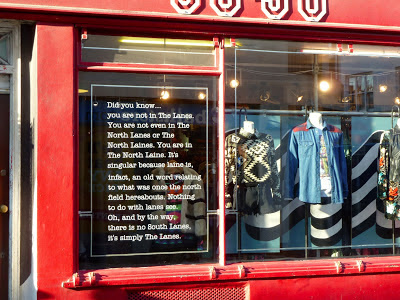 Congratulations to Tim Price for the notice in his shop window explaining the difference between The Lanes and North Laine (The Argus, February 1).

The Brighton Society tried to do this when we attempted to get the street sign Bond Street Laine changed, but without success. Could a visit to Tim Price’s notice by all officers in the highways department of Brighton and Hove City Council be arranged as part of their continuing professional development? 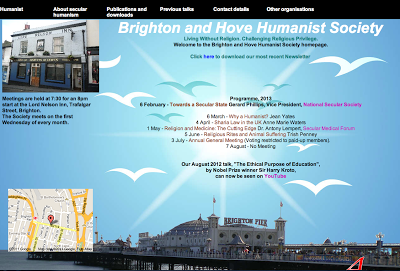 At a well-attended EGM yesterday evening the Brighton & Hove Humanist Society voted in a new constitution and to change the name of the Society to:-

This name change was in recognition of the geographically diverse membership of the Society which draws many people from outside the City boundaries.

The EGM was followed by a well-received presentation, "Towards a Secular State" by Gerard Phillips Vice-President of the National Secular Society. This was followed by questions and discussion.


After a year of restoration work the covers came off the Grade II Madeira Terrace lift this week to reveal a stunningly renovated roof complete with corner griffins and dolphin weathervane. and dramatic new LED lighting.

As originally opened in 1890, the lift was powered by hydraulics. It descends into a shelter (now Concorde 2) which was designed to accommodate visitors during bad weather.

In February 2003 thieves dressed as workmen erected stolen scaffolding around the top of the lift and stole the dolphin weathervane. In 2007 a man walked into the John Street Police station deposited the weathervane on the counter and left without saying a word.

Two of the original griffins, which sit on the corners of the roof, have been repaired and the remaining two cast to match. The large orb and weathervane have also been repaired and were finally lifted into place by five men who carefully adjusted the dolphins and compass to point in the correct directions.

Lightning protection hidden within the structure has also been added along with exterior lighting so the roof and lift to be seen at night.

The lift operates from Easter and throughout the summer season.